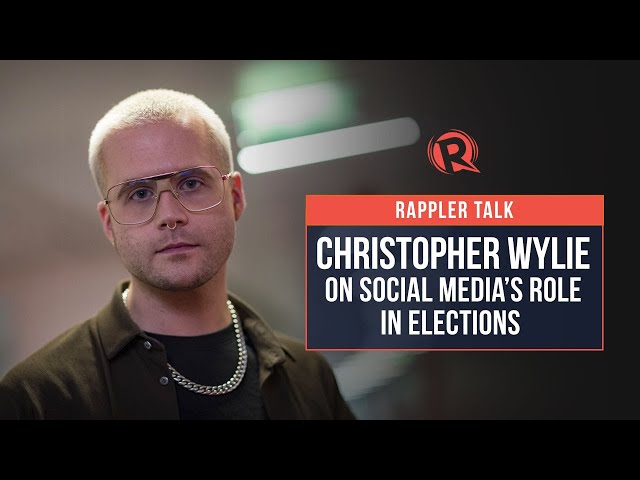 Bookmark this page to watch the discussion on Friday night, November 6

In 2018, Christopher Wylie came forward and revealed how Cambridge Analytica accessed millions of Facebook data and used psychographic profiling and behavioral microtargeting during the US elections.

Two years later, the US is in the cusp of announcing its next president.

What has Wylie learned since then? How does he think social media influenced this election?

Rappler CEO Maria Ressa and a number of Rappler+ members talk to Wylie about the social media’s impact on elections and dealing with online platforms. – Rappler.com