Habal-habal: Understanding the true cost of a cheap ride

Dec 9, 2017 11:00 AM PHT
Facebook Twitter Copy URL
Copied
The growing prominence of ride-sharing apps like Angkas has mainstreamed the operation of habal-habals in cities. But are habal-habals safe? 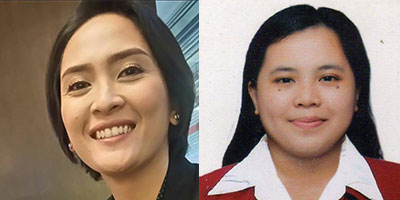 On a rainy night in July, 23-year-old Alejandro Cajano hailed a motorcycle using the Angkas app to get to his home in Makati. He never made it. The motorcycle figured in a road incident that left him in a coma for two months. He died in September, leaving behind a grieving family and over a million pesos in unpaid hospital bills.

Like Cajano, many Filipinos rely on habal-habals or a motorcylce modified to seat two persons, for transport. Until recently, habal-habals were only known to operate in rural areas to carry people and goods over rough mountain roads, and areas not accessible by public transportation. But the growing prominence of ride-sharing apps like Angkas has mainstreamed the operation of habal-habals in cities. (READ: Angkas passenger in coma after crash: Who’s liable?)

Though commonplace, there is no argument that habal-habals are illegal. Section 7(a) of Republic Act No. 4136 or the Land Transportation and Traffic Code clearly prohibits the use of motorcycles for public transport. Unlike Uber and Grab which are now allowed to operate under Department Order No. 2015-011, there is no regulation allowing the use of motorcycles for hire.

Angkas continued to operate despite earlier warnings, in the hopes that the government would give it the same legal status as Uber and Grab. After its shutdown, Angkas ceased operations, but declared its  willingness to be regulated by the Land Transportation Franchising and Regulatory Board (LTFRB), believing its operations to be a safer alternative to the already common habal-habal.

This begs the question: Are habal-habals safe?

According to the World Health Organization’s Global Status Report on Road Safety 2015, motorcycles are among the most vulnerable road users, making up 53% of fatal road crashes in the Philippines.

To provide safety, Angkas provides driver training and requires background checks and skills assessment. But the vulnerability of motorcycle riders is not only due to the skill of the driver, but also due to the design of motorcycles and environmental risks. 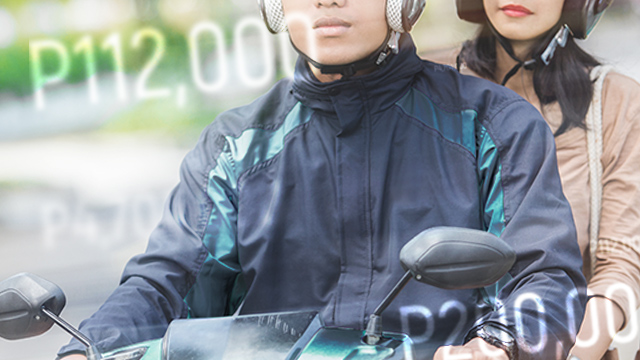 Motorcycles offer little protection to its riders. They are capable of great speed but unlike 4-wheeled motor vehicles, there is no outer shell, airbag, seat cushion, or seatbelt protecting its driver and passenger from crashes. (READ: IN NUMBERS: Road crash incidents in the Philippines)

Motorcycles are also difficult to maneuver. Like any two-wheeled vehicle, the stability of a motorcycle is relative to its speed. To remain balanced, a motorcycle must run at a certain speed. When it moves slowly, its balance depends on the physical strength of the driver, the ability of the passenger to balance, and the collective weight of the driver and passenger.

A driver can also easily lose control of the motorcycle because of potholes, speedbumps, or wet surfaces. Indeed, in Cajano’s case, environmental factors appeared to have played a role in the crash based on the dash camera footage of the incident. (READ: 6 in 10 injured in road crashes are motorcycle riders)

Given the design and environmental risks, the promise of strict background checks and skills training are not enough to protect passengers from road crashes. (READ: What laws help keep road users safe in the Philippines?)

In fact, in an assessment of the effectiveness of interventions for motorcycle safety, the United States National Highway Traffic and Safety Administration ranked motorcycle licensing and motorcycle rider training low in terms of effect. It noted that there is limited data to conclude that these interventions are effective.

Angkas’ promise of insurance coverage amounting to P200,000 also does not make up for the economic cost of a road death. As we have seen in Cajano’s case, head injuries can push medical costs to more than a million pesos.

Lam also estimated that about P112,000 per person in annual wages is lost due to death. In Cajano’s case, assuming he would work until the age of retirement, this means P4.704 million in income was lost. (READ: Rappler Talk: Are Philippine roads safer in 2017?)

Cajano’s family was also compelled to file a case to assert Angkas’ liability, adding to their mounting financial losses, because Angkas disowned liability over the driver’s action.

Though Angkas claimed to have covered the hospital expenses of Cajano in full, Cajano’s father claims otherwise.

Given these considerations, should the Department of Transportation (DOTr) and the LTFRB allow and regulate habal-habals?

We have to remember that laws are norm-creating. Allowing habal-habals, even while regulating it, would likely encourage its use. (READ: Why passengers and bikers think Angkas matters)

It is also hard to imagine the policy interventions the government would have to introduce to make habal-habals safe, given that motorcycles, by design, are highly susceptible to environmental risks.

Of course, regulation is not the only option. In rural areas, the habal-habal is seen as a necessary evil because it can navigate unpaved roads and access areas not serviced by public transportation.

Because accessibility is the primary concern in rural areas, the government can, instead of regulating habal-habals, build better roads and provide safer transportation options. (WATCH: Rappler Talk: Solutions to Metro Manila traffic and road safety issues)

Meanwhile, in Metro Manila and Cebu where most roads are paved and various public transportation options are available, accessibility is not the primary issue. Rather, the discussion revolves around convenience and cost. With the worsening traffic situation, commuters demand cheap point-to-point transportation.

Must the government yield to this demand?

The story of Cajano is a cautionary tale. It is tempting to dismiss it as an isolated incident but data on fatal crashes involving motorcycles tells us it is not.

It tells us that the price of the cheap and convenient habal-habal is safety. Sometimes, you pay dearly with your life.– Rappler.com

Rochel S. Bartolay and Sophia Monica V. San Luis are the Communications Officer and Executive Director, respectively, of ImagineLaw. ImagineLaw is a non-profit public interest law organization that aims to foster and promote human development through public policy development and advocacy, research and capacity building. It is currently working in priority areas in public health, particularly in road safety and health data registries.