[OPINION] The communist insurgency: From anomaly to essential ingredient in PH power politics 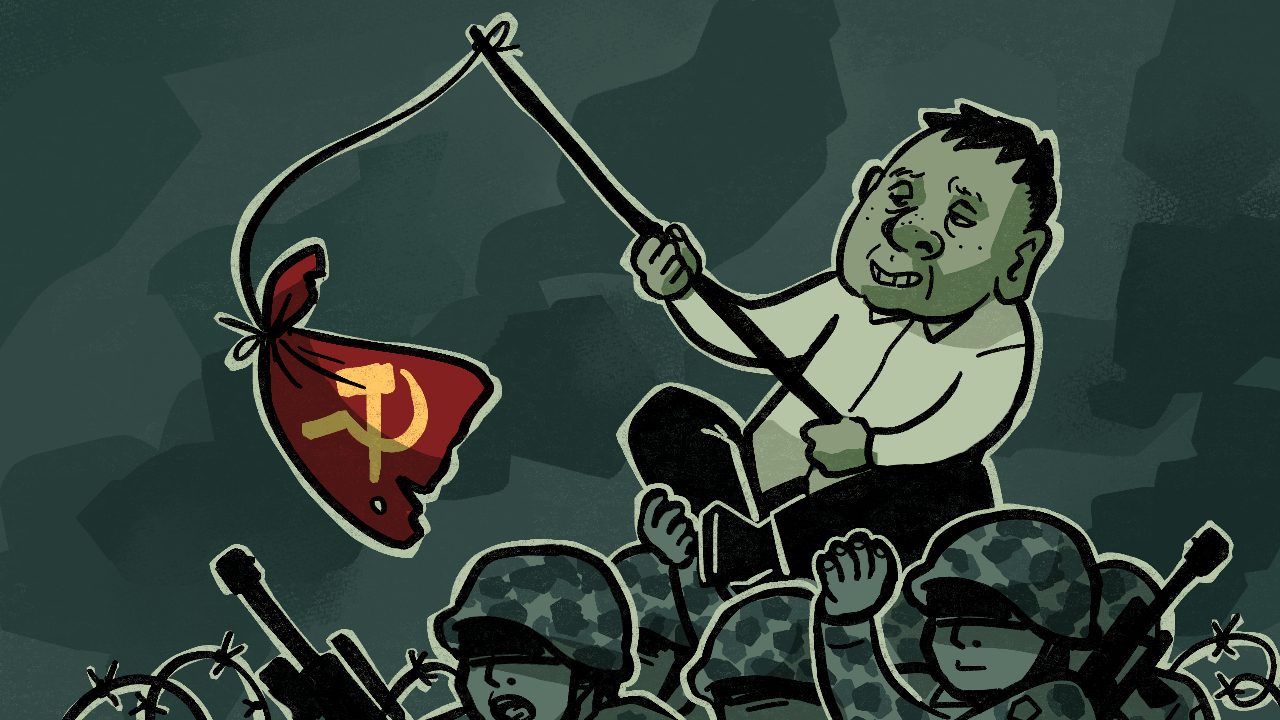 Facebook Twitter Copy URL
Copied
'In current Philippine political dynamics, the CPP-NPA has become a scapegoat for the government, a means to keep the military relevant and away from politics, and a trap to stifle the formation of more viable movements for social change'

Sometimes, people become the very demons they wish to destroy; unwitting agents of the system they wish to overthrow. Such is the tragic case of the Communist Party of the Philippines-New People’s Army (CPP-NPA).

The CPP-NPA has been waging a guerrilla war since 1969 to overthrow the Philippine government and establish a communist state. As such, the Philippines now has the world’s longest-running communist insurgency. Socio-economic causes, such as failed agrarian reform, poor labor practices, and economic inequalities were the catalysts for the conflict. However, the CPP-NPA never evolved to be a genuine threat to the Philippine elite. The movement remains within the capabilities of the Armed Forces of the Philippines (AFP) and law enforcement to manage.

Riven with internal disputes, factionalism, and overmatched by the AFP, the CPP-NPA has been considerably weakened, but not destroyed. While the Philippine government views the CPP-NPA as a threat that must be eliminated, a more cynical view is that Philippine political dynamics allow it to exist to preserve the status quo. It has paradoxically evolved from being an anomaly to a necessary ingredient in Philippine power politics. The movement has become a tool for the same elites and political order it has so rabidly sought to destroy. In current Philippine political dynamics, the CPP-NPA has become a scapegoat for the government, a means to keep the military relevant and away from politics, and a trap to stifle the formation of more viable movements for social change.

The CPP-NPA has increasingly become a scapegoat for government failures. A real or perceived crisis creates a siege mentality among the ruling elite to defend their privileged positions against a real or perceived enemy. In the wake of the Duterte administration’s bungled COVID-19 response, it and its supporters have resorted to red-tagging critics and activists, branding them as CPP-NPA sympathizers regardless of political affiliation. This has the effect of instilling fear of criticizing the administration and silencing dissent. The ongoing COVID-19 pandemic exposed the administration’s indecisiveness, incompetence, and internal weaknesses, forcing it to look for a scapegoat to cover up its errors, distract public attention, and preserve its grip on power.

Further, the administration’s red-tagging campaign has driven a wedge between Philippine civil society and the military. After the 2017 Battle of Marawi, the AFP was seen to be redeemed from the stain of its Martial Law atrocities; it has once again regained the trust of the Filipino people. As such, the civil society + military nexus has proven itself to be the most powerful agent for political reform in the Philippines, as shown during the First and Second EDSA Revolutions. Yet, the administration’s red-tagging evokes painful memories of the 1970’s and 1980’s Martial Law years, when the AFP was complicit in human rights atrocities. This creates mistrust that prevents the formation of the civil society + military nexus critical for regime overthrow by popular revolution.

The CPP-NPA also plays a role in keeping the AFP relevant and away from politics. The AFP isn’t apolitical, as it was one of the institutions that enforced Martial Law and was involved in several coups since. With the Duterte administration’s acquiescence to China in the West Philippine Sea, the AFP is devoid of its main purpose to defend national territorial integrity. Such can lead to dissension within the ranks and a possible coup by disillusioned and disgruntled military personnel. But by declaring the CPP-NPA the top national threat, President Duterte has given the AFP a continued reason to keep busy.

Also, placing the CPP-NPA as the top national threat ensures that the AFP receives continued funding. With the administration’s subservient foreign policy to China, there is hardly any reason to increase funding for military modernization. But by naming the CPP-NPA as the top national threat, President Duterte ensured that the AFP continues to receive increased funding, albeit for internal security rather than territorial defense. Indirectly, this increased funding for internal security purposes also buys loyalty to the regime.

Also, the CPP-NPA serves as a trap to stop the development of social movements that can bring genuine political reform. It is the CPP-NPA’s charismatic allure as a resistance movement that grabs recruits who could possibly start viable movements for political change, such as activists, government critics, and opposition figures, preventing the growth of alternative social movements from the outside. Also, the movement’s own ideological and military weakness prevents the formation of new revolutionary movements from the inside.

Ideologically, the CPP-NPA is split between “reaffirmists” and “rejectionists.” Reaffirmists firmly insist on the Maoist principle of protracted guerrilla war, while rejectionists claim that the former view is obsolete and must be supplemented by non-violent means, such as political and legal warfare. Further, reaffirmists hold that the rural peasantry should be the mass base of the insurgency, while rejectionists say that the former view is too simplistic. Moreover, reaffirmists uphold the centrality of the CPP central leadership in decision-making, while rejectionists favor a more democratic approach with local cadres having more say. It is these ideological disputes within the CPP-NPA that intellectually cripple the organization and prevent new forms of thinking from taking hold; potentially new movements for social reform are cut in the bud.

In addition, the CPP-NPA insurgency is now in a stalemate against the AFP. Despite the overmatch the AFP has in terms of numbers, training, equipment, and firepower, the CPP-NPA is far from decisively defeated. Just as a lawn needs periodic trimming, the Philippine government uses brute force to keep the CPP-NPA in place – strong enough to continue existing to absorb potential thinkers and creators of viable alternative social movements, yet not powerful enough to become a significant threat to the existing political order.

Perhaps the CPP-NPA’s founders never envisioned their movement to become a tool of the social order they so deeply wanted to undo, and the movement’s members never envisioned themselves as pawns of the system that they are fighting. Such is a national tragedy, something that the Filipino people will continue to bear unless the foundations of Philippine government legitimacy remain dysfunctional: dependent on powerful foreign patrons for regime survival, a predatory and profiteering political and social elite, and tied to a global economy in which its role is to export unskilled, low-educated, English-speaking labor. – Rappler.com

Gabriel Joel P. Honrada is a student at the People’s Friendship University of Russia. He is currently taking his master’s degree in International Relations on a Russian Government Scholarship. He was also a former defense analyst at the Office of Naval Strategic Studies, Philippine Navy. His research focus is Indo-Pacific military affairs and Russia in the Indo-Pacific.