[OPINION] My mom thinks everything on social media is true I remember a few years back, my mom really hated to be on any social media platform. For her, browsing the internet was only a waste of time and energy. Even if I repeatedly tried to convince her that she could talk with her distant friends via Facebook Messenger, she still refused without leaving any counter-explanation.

Let’s just say I didn’t give up. We were going through the same discussion at least twice a day, before and after I went to school. Every day, I had something new to tell her, like how Facebook connects people by allowing them to post photos and writing comments, how messages are immediately sent from one end to another, and many more amazing features which all seemed new and seamlessly amazing to me when I was first introduced to this platform. But for my mom, this was all nonsense.

There were days I felt tired talking about the same thing over and over. But seeing her friends and co-parents active on Facebook with daily posts and comments made me become more eager to bring her into the loop. I gave it a try one more time, but our conversation concluded with no sign of progress.

So, one day, without her consent, I created a Facebook account under her name. I remember writing her full name, her birth date, and her addresses both here in Batangas and her hometown of Odiongan, Romblon. As for her profile picture, I used a decade-old photo I found in our family photo album. I captured a low-quality copy using my budget Android phone and uploaded it right away. A minute after I re-verified the password and agreed to the terms and conditions, my mom officially got a Facebook account. 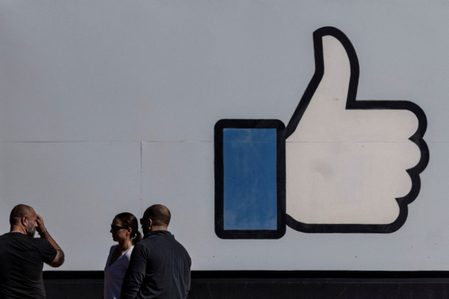 I started sending a blast of friend requests to our relatives, neighbors, and friends. As far as I could remember, half of them immediately hit back with confirmations and personal messages. One message arrived from someone whose name seemed familiar. It was from her long-lost and most cherished best friend. “Kamusta na, ne?”

This short yet sweet message just came at the perfect time. I dashed to the kitchen and brought the phone to my mom. She peered at the screen and I snapped the quiet moment to tell her that I got her a Facebook account and someone named Vicky had immediately found her. “Antay niya reply mo!”

I was smiling the whole time but deep inside I was nervous. There was a terrifying moment of silence, until she slowly turned to me and looked straight into my eyes. I knew that I was about to get scolded badly, so I prepared myself. But to my surprise, my mom then smiled, moved gently toward me, and asked how to send a reply. There it all began. I taught my mom the basics like sending a message, posting status updates, sending likes, and sharing posts. Eventually, she learned to use the platform in her own style and adapted to the changes over time.

Since then, the internet has continued to evolve and develop year after year. It’s probably fair to say that Facebook and other social media platforms that once were a safe space for entertainment and fun are no longer that way. Along with their incessant builds are more gates thrown open for further proliferation of disinformation.

My mom seemed to get along well with the complexities happening in the digital space. She is well-mannered online and doesn’t engage in violent or insubstantial discussions on Facebook. Apart from sending chain messages and random links to amusing videos, she was doing fine – a typical baby boomer who loves to write flattering comments and share cooking tutorials.

But then one time, she sent me a chat on Messenger. It was a short copy-pasted message about COVID-19 vaccines. If I remember it right, the message said something like, “Payag ka bang maging guinea pig at pag-eksperimentuhan? Papaturok ka ba ng bakuna na wala pang isang taong ginawa?” I was about to ignore that chat because, obviously, it was a piece of fake news trying to discredit the integrity of COVID-19 vaccines, but my mom sent a follow-up message. “Natatakot ako. Ayoko na magpabakuna.”

That one conversation I had with my mom woke me up to the reality that our problem with fake news and disinformation on the internet was far more serious than I’d thought. I was aware that it was happening on a global scale targeting different organizations, institutions, and public figures, but I was startled when the intensity of its impact reached an ordinary Facebook user like my mom. This was perhaps the dangerous threat that Maria Ressa was trying to accentuate when she said that lies were spreading faster than facts. Most people, including my mom, have come to believe that something posted on social media is true when it constantly appears on the top of their newsfeed, when there’s continuous engagement from other users, and when majority in the comment section concurs with what the post is saying. Evidently, anything on social media can appear trustworthy and distort the way people perceive the truth.

Thank god my mom still decided to get vaccinated after all. It took us some weeks of heart-to-heart talking before she finally got convinced. I told her that before she reads the caption, she should first check where the post comes from. I insisted that if it’s a random post that doesn’t come from credible Facebook pages with a blue checkmark like Rappler, ABS-CBN News, CNN Philippines, etc., she should scroll down and brush it off. She agreed and we stopped talking about fake news at home from then on.

As someone who works in the digital marketing industry, I have a deep and clear apprehension towards how social media impacts the minds and lives of people who use the platforms. I’m also aware of the danger but I know how to deal with it. Unfortunately, this is something beyond my mom’s understanding and interest. If only I’d known it sooner, I’d probably be the last person to introduce her to it. – Rappler.com

Jaime Babiera is a writer in a digital marketing agency based in Batangas.

Increased reliance on government sources dangerous for Filipinos on Facebook