[OPINION] Bangsamoro and beyond 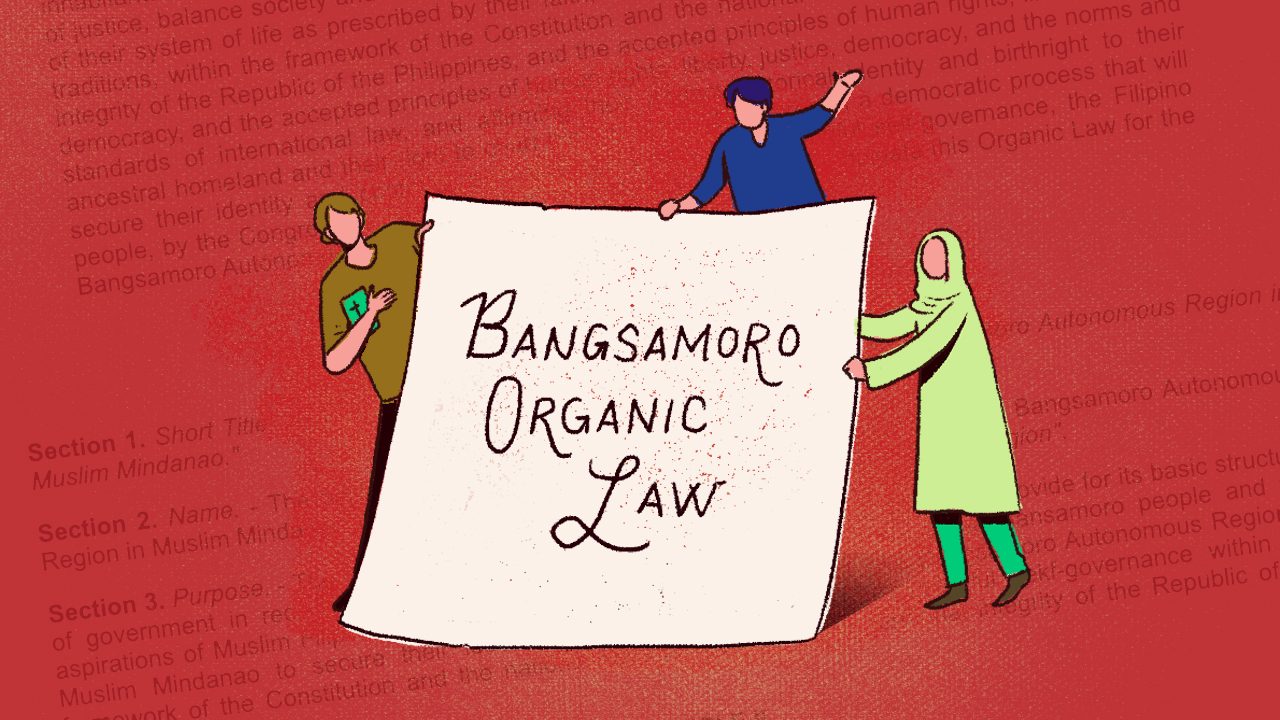 Facebook Twitter Copy URL
Copied
'This, for me, is the core of the Bangsamoro jihad: a state where every Filipino Muslim can participate in public life free from discrimination and violence'

Change does not happen in an instant. Often, change happens through consistency and continuity.

Last December, weeks before 2020 bid goodbye, the Institute for Peace and Development in Mindanao (IPDM) of the Mindanao State University-Iligan Institute of Technology (MSU IIT), in partnership with The Asia Foundation (TAF), conducted an online conversation dubbed the Bangsamoro Forum, where multi-stakeholders from the academe, government, local NGOs, and CSOs came together to talk about the political transition, including sectoral discussions on women, IPs, and the youth sector. This project was supported by one of the International Contact Groups of the Bangsamoro peace process, the UK government through the British Embassy in Manila.

The BARMM is an autonomous territorial unit considered to be the fruit of decades-long, painstaking negotiations between the government of the Philippines and the Moro Islamic Liberation Front. It is worth noting that both parties had struck a balance between the territorial sovereignty of the Philippines on one hand, and the Bangsamoro people’s right to self-determination on the other, taking into account that the Bangsamoro comprise of both Muslims and non-Muslim indigenous peoples, including those who ascribe to the Bangsamoro identity.

Two years into the political transition process, what has changed in the Bangsamoro?

Moreover, the TPA provisions in the BOL, including the reserved seats for women, youth, non-Moro IPs, and Christian settlers, as well as the promotion of people’s participation in the political process, remain contentious. Of priority legislations for example, only the administrative code was enacted. While the delays in the policymaking process are understandable in the era of COVID-19, citizens like me are concerned with the lack of strategic and coordinated communication between the regional government and the LGUs in the BARMM.

Furthermore, insecurities are rising in the communities amid continuing displacements caused by both human-induced and natural calamities. To make things worse, the continuing threats of violent extremism and terrorism, coupled with limited offline consultations and engagements of BARMM officials in their communities, are fueling distress and frustration. In the current appeal for an extension of the BTA-BARMM for another 3 years, how is trust-building and confidence-building being operationalized in the region? Or is it being done?

On January 12, during the consultative meeting with national agencies and Congress, the interim Bangsamoro government presented its justification for the 3-year extension of the BTA until 2025 alongside a Bangsamoro roadmap for 2021-2025, highlighting key deliverables such as improved access of people to and quality delivery of social services at all levels of government; improved productivity in agriculture and services through a value chain approach; and sustained peace and public order and safety. Additionally, there is clamor from IPs for a genuinely democratic, moral, and inclusive governance where human rights and respect for the their customary land and practices are recognized and implemented without force of intimidation or violence.

Correcting historic injustices committed against the Bangsamoro people should include national healing and reconciliation, where conflicts are resolved in the halls of parliament, and most importantly, consultative leadership is no longer celebrated, as all of these are envisioned to become the new normal in the region.

In online conversations, participants envisioned a “Bangsamoro government which can transform violent extremism in the region by engaging vulnerable sectors like women and youth in a peace-promoting and gender-responsive governance towards an inclusive, peaceful, and resilient society.” It was stressed in the conversations that RA 11054 is not an ordinary legislation, but a necessary process for the long haul for peace and sustainable development, with the goal of getting everybody onboard. “No Filipino citizen in the Bangsamoro should be left behind.”

If anything, the pandemic has increased trust among socially excluded communities in the BARMM, such as far-flung areas and IP communities, in the Bangsamoro political process. 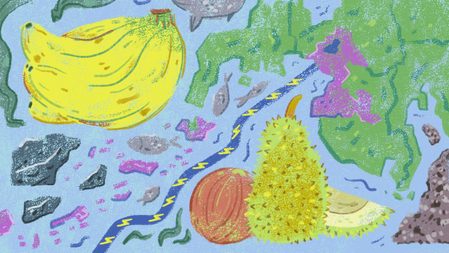 Inclusion of normalization in the Bangsamoro

What is consistent throughout the series of online conversations is the concern of the joint GPH and MILF implementing panel on normalization, primarily the decommissioning process of the MILF-Bangsamoro Islamic Armed Forces (BIAF) and the dismantling of private militias in the BARMM and even outside the Bangsamoro communities. Among the most important annexes in the CAB is the normalization component, which includes decommissioning (the disarmament component in the CAB), socio-economic development, and supposed legislation of the transitional justice and reconciliation commission. This, for me, is the core of the Bangsamoro jihad: a state where every Filipino Muslim can participate in public life free from discrimination and violence. After all, the Bangsamoro people are peace-loving Filipino citizens in (what we thought was) a democratic and inclusive Philippine society.

Advancing gender inclusion in the Bangsamoro

Among the milestones of the MILF-led Bangsamoro Transition Authority is the implementation of the Regional Action Plan for Women Peace and Security, launched by the Bangsamoro Commission on Women last year on the 20th anniversary of the United Nations Security Council (UNSC), headed by MP and Chair of the BWC, Bainon Karon. Significantly, no less than the Interim Chief Minister, Ahod “Al Haj Murad” Ebrahim, recognized women’s contributions as instrumental to the success of the the GPH-MILF peace processes.

As a Muslim feminist, I believe that women’s participation in the Bangsamoro political transition may lead to more equitable, gender-responsive, and inclusive governance in the region. Let me be clear. I do not say that women are better than men in leadership; rather, women should be equally recognized, with God-given rights to education, property, and participation in public life without prejudice and harm. Hence, the political and social space given to women in the Bangsamoro is a good start for the promotion of a socio-economically and politically developed Bangsamoro region.

For the women conversationalists in the peace hub, meaningful participation of women should go beyond representation in the parliament. It is a necessary but insufficient mechanism in challenging the patriarchal norms and traditions disadvantageous to women, such as the belief that “politics is not part of a woman’s job.” The accomplishments of women leaders throughout the world, however, prove otherwise. Women are peacebuilders, too.

The peace formula which resulted in the establishment of the BARMM is not perfect. Hence, it not a panacea to the structural problems confronting the region. If this is so, then why the need for the Bangsamoro?

This is a difficult question, and you are part of the answer. In the end, the attainment of sustainable peace and development in the Bangsamoro will not only benefit the economy of Mindanao, but of the whole country. We need to stay socially connected to heal together as one, in the spirit of dialogue, friendship, and peace beyond the Bangsamoro. – Rappler.com

Yasmira Moner is the Acting Director of the MSU Iligan Institute for Peace and Development in Mindanao. She teaches Political Theory and Fundamentals of Peace Education in the Institute. She complements her academic work with civic engagements through the Young Moro Professionals Network and by initiating accountability initiatives like the Grassroots Initiative to Uphold Accountability in Development (GIHAD), a new grassroots formation consisting of Moro young leaders who aim to advance TPA in BARMM.