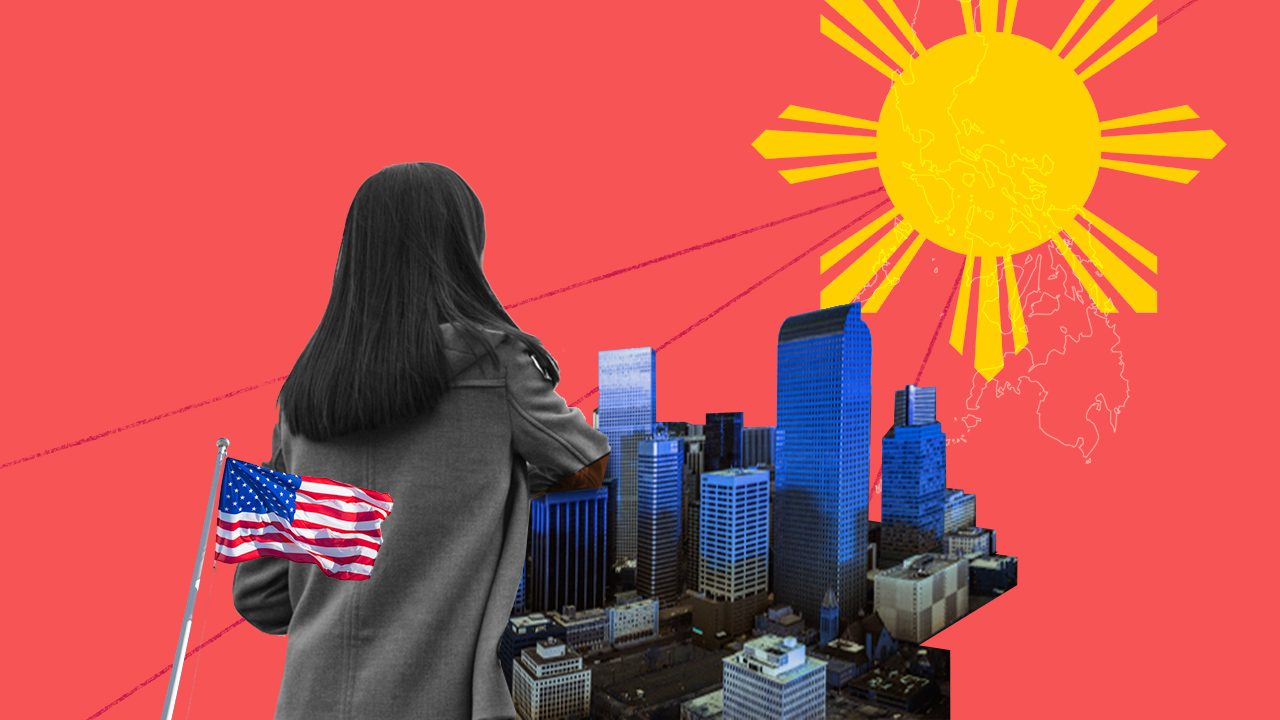 If you are originally from somewhere considered the “Global South,” and you moved to the United States (or another rich nation), you’ve probably heard a wide range of immigrant narratives: small embarrassments and jarring culture shocks; life-changing acts of Good Samaritans and cautionary tales of victimization; ascensions into positions of power and modern-day indentured servitude; and, my favorite, love stories — severed long-distance relationships, couples who reconnect after decades, sham marriages that blossom into real partnerships. Equally fascinating to me — among all the tales of riches and heartache that inspire one to reside in the USA — are the stories of those who leave their countries, experience the stateside life, and choose to repatriate.

I heard one such account while I still lived in Manila. I had already started the arduous bureaucratic processes of getting a work visa: passing the US national board exams, back and forth emails between me and potential employers, and retrieving documents from multiple local offices. I was teaching at the University of the Philippines when I met a dentist who had practiced in California for over a decade. I asked him why he didn’t just settle in America.

“Everything there is so superlative,” he sighed. “When you ask people how they are, they’re always, ‘Great!’ Paano ba ‘yan? (How can that be?)”

His response stood out from among other returnees whose answers tended toward homesickness and longing for family.

For me — like many whose formative media diet consisted largely of US mass-produced pop culture — an American life became my North Star. In grade school, I told a teacher about my fantasy to move to the States, where things would be “better.” I imagined the freedoms that awaited me, informed by curated imagery of the suburban white teen: her own room, her cordless phone, her car, her handsome boyfriend, and free rein to back-talk adults (namely her parents) with impunity. I thought back then that we Filipino youth were mostly obedient yet still perpetually punished. Between living through a dictatorship, political upheaval, volcanic eruption, earthquakes, typhoons, floods, and tropical epidemics, we never had time for fun. My teacher shook her head, calling out my colonial mentality, (since the USA colonized the Philippines after Spanish rule).

When I moved to the States in late 2011, the first months were overwhelming. I had never lived alone, and suddenly, I was all by myself — figuring out how to fill the gas tank of the rental car my employer had arranged, working in a new setting, and paying my bills through scattered websites. There were moments that I just wanted to give up and move back in with my parents. What kept me going wasn’t hope, but inertia. I had already invested so much to get to where I was — my career, my savings, time spent without loved ones. These sacrifices all had to add up to something, and that something had to be great. 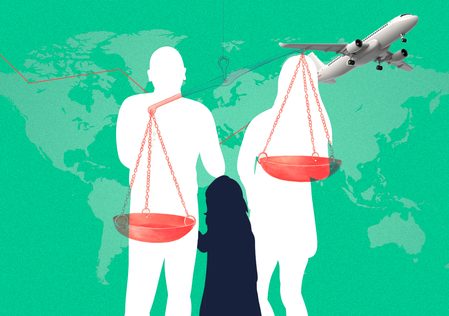 After five years of working in Texas, I had to get my permanent residency (i.e., green card) to make the most of the effort I had already spent. It was only right to persist.  Two entities sponsored my residency, the hospital I worked with, and my American spouse, whose pull in keeping me here superseded that of the former. Still, no sponsor can spare a prospective US citizen from a deluge of paperwork, nor months of waiting, even after getting a green card.

My husband and I moved to Colorado right before the pandemic in 2019. But it was early in 2022 when I received my notice from the Department of Homeland Security. I had been scheduled for my citizenship interview, and, due to lingering COVID-19 safety precautions, I was instructed to appear alone with the exception of a lawyer or interpreter.

It was a cool morning in April when I arrived at the US Citizenship and Immigration Services office in Denver. An officer greeted me warmly, his eyes smiling above his face mask. He apologized for my wait and asked if I had studied. I answered, yes. The interview was brief and straightforward. He checked whether I could read and write, and he asked the questions exactly as they appeared on the civics test guidelines. Once I gave six consecutive correct answers, the bare minimum, the interview ended.

“Let’s see if you can take your oath today,” the officer said. He typed on his computer and told me to wait. If I had to guess, I’d say he was checking whether I owed any back taxes. In the interim, we talked about the crazy housing market, my job as an occupational therapist, and his kids. Then, he pushed his chair back and stood in front me. He asked me to stand facing him and to raise my right hand.

“I wish this could be more ceremonious for you,” he added.

I had assumed that the oath would be a formal occasion scheduled for another day, but I also appreciated the urgency. Like millions of others who have completed the process, I received my Certificate of Naturalization, a booklet containing the Declaration of Independence and Constitution, and a 3” by 5” American flag — much smaller than an outdoor flag, but significantly larger than a cocktail weenie one.

I drove home, ate lunch with my husband, then knocked out some home visits (I see pediatric clients). I had booked them before my naturalization was scheduled, and I abhor making last-minute cancelations.

It was odd to think that I woke up a Filipino and reported to work the same afternoon an American.

When I went to bed, I didn’t feel giddy at all the new possibilities, like a passport guaranteeing visa-free access to other rich nations and preferential treatment at the entry port in my home country. I was just tired, and I was relieved that the process had ended.

A Filipino’s guide to dual citizenship 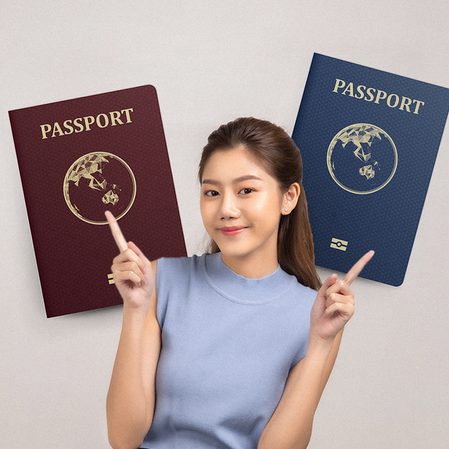 Lately, the excitement has reemerged, particularly palpable after voting in the US mid-term elections. I remembered being initially ashamed about my colonial mentality pointed out by my teacher. The insinuation of being a sucker got under my skin, though I know now that my goals as a child were shaped by my social environment. My perspective was limited by an upbringing and education in a post-colonized milieu. My American dream was that I could have more control over what I could do with my life, and the romantic notion — real or illusory — that my autonomy might contribute to systemic change.

In essence, I am the same person I was before I migrated. But in changing where I am, I have also changed what I can do in this Empire. Getting here was hard, but economically and pragmatically, so far, being a US citizen has been easier than being Filipino. I am now a benefactor of American rights and resources — wealth that’s been partly acquired from imperializing smaller nations, like the one I came from. I also don’t fit the world’s stereotype of an “American,” but I now have the special privilege of defining what being American means. – Rappler.com