[OPINION] An open letter: Owners of Colegio de San Lorenzo, why do you hide? With only less than a week remaining before permanent closure, teachers, staff, and alumni of Colegio De San Lorenzo continue to hold gatherings, choosing to approach the school’s end with fond memories.

Last August 15, the school suddenly announced its closure on its supposed first day. The excitement of finally being able to go to face-to-face classes was replaced by confusion and devastation.

Naturally, many were also left furious. Why of all times? Why did they still take their money? When did they decide this? Such were the many questions asked.

But for students who persevered and teachers who toiled, the main question was “Saan kami pupulutin?”

While attorneys were present in explaining the reason behind the shutdown, students and teachers were still angered by the absence of the school’s owners – a gesture so cowardly and unbecoming.

While both the Department of Education and the Commission of Higher Education have since recognized how deceitful and unjust the school’s abrupt closure was, promising an investigation into who must be held liable and compelling the school to publicly announce its assistance to its victims, the school’s owners remain in hiding – only represented by its Board of Trustees and their carefully and conveniently written words of apology and excuses.

Still, despite all the uproar, some teachers, students, and even alumni chose to be positive and cheerful in facing this unpleasant surprise.

On September 12, alumni from my alma mater, better known as “SanLo,” organized a bingo game event for old times’ sake. It was an effort made especially for the teachers who served faithfully in the school, as support and consolation.

The sound system booming with beats and rhythms from the early 2010s, with an emcee whose talents were once honed on those very grounds, brought a rush of nostalgia.

Staring at my former teachers, I felt sorry and extremely indebted at the same time.

Back then, our only woes in life, apart from the occasional clique drama and dreadful awkward stages, were homework and strict teachers.

Admittedly, I sometimes even loathed them.

But it was only when I found out that the school would, without warning, close down, was I compelled to see how much value our teachers gave us throughout our developmental years.

It is then that I realized how undeserving they are of the treatment they received from the higher ups. Together with the students, who were once promised a good education and a bright future, these educators deserve more than parting ceremonies.

For some of these teachers, especially ones who served for more than 10 years, SanLo was their home. And like any other home, it was imperfect. But at the very least, they thought that they had a place that they could always return to. That sense of security was taken away from them.

Sure, it is easier on the heart to remember the school in fondness and gratitude. If anything, it has even reunited people who have long pursued separate paths.

However, we must not let the people responsible go without an apology and act of accountability.

Assistance in transferring schools and refunds for the students and severance pay for the teachers are the minimum requirements. But an honest and sincere apology could have reassured those devastated – staff and students alike – that they were deserving of at least respect.

Maybe then, they wouldn’t have to leave so much frustration behind, which is only masked by smiling faces brought upon by small reunions between teachers and students.

But the reality of life kicks in. There are worries about the future. Teachers appear strong for their students but they have little to no assurance of what’s to come.

And I felt it, both through the quick glances and prolonged embraces.

There is only so much we can do until we realize how all of this is simply business for the higher ups, which is probably why they chose to hide behind attorneys instead of facing the aggrieved. 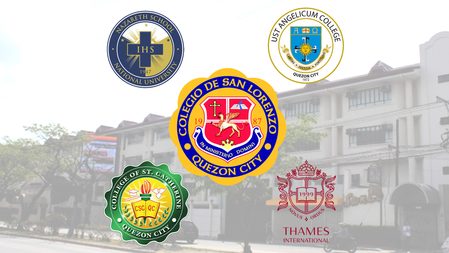 At the end of the day, education in our country remains a privilege run by impersonal, and sometimes heartless, transactions. A business that can be easily shut down when no longer gainful.

Such an event draws out a perfect picture of why we have an educational crisis. Teachers are underpaid, overworked, and treated as if unessential.

And it is sad to see my alma mater be a recent example of this.

Prizes and surprises may have been won after the bingo game, but CDSL closing down is a surprise that will be difficult to remember.

I hope that, moving forward, those who hold the promise of a brighter tomorrow will carry it on their backs until the very end, with dignity, commitment, and transparency.

And that SanLo would truly be the last of 400 private schools in the Philippines to close down during the pandemic. – Rappler.com

Alison Cruz is a senior journalism student in UP Diliman.