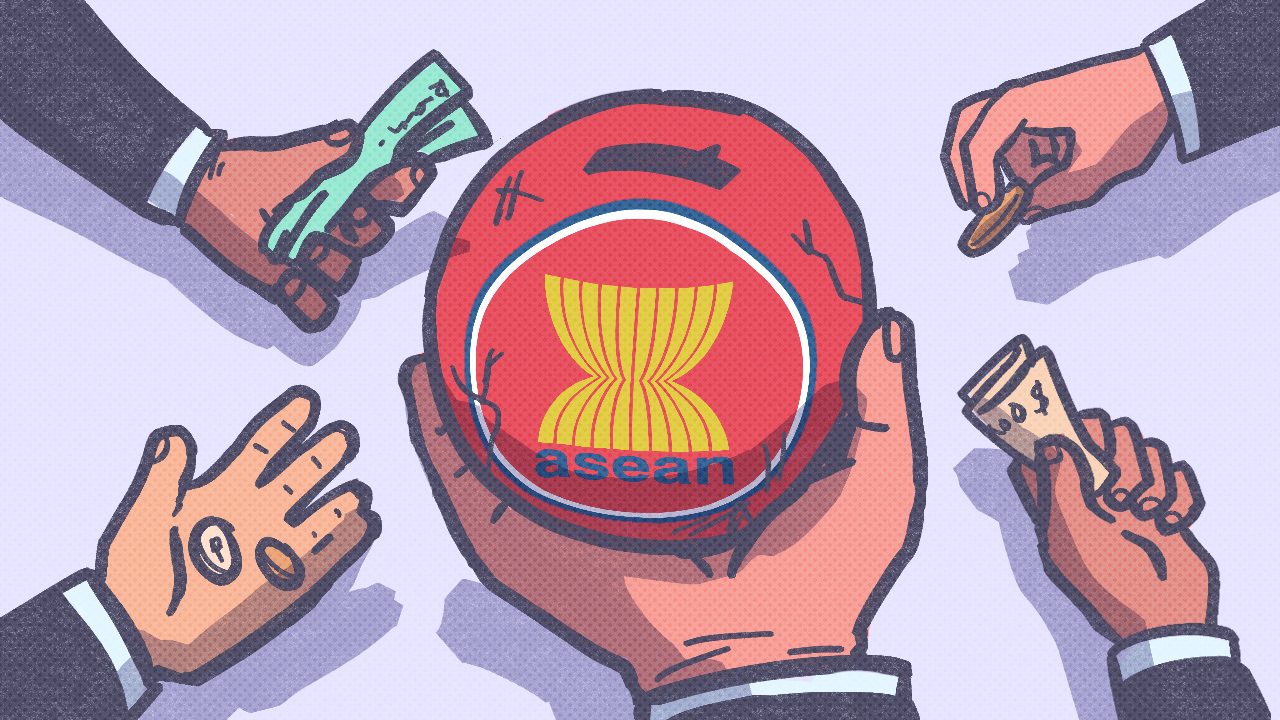 Facebook Twitter Copy URL
Copied
'If the ASEAN really wants to become a community, and possibly a union, of nations and people, its leaders have realize that...its most prosperous nations really need to step up financially'

When I heard it the first time, I could not believe it.

As the first bits of news related to the 37th ASEAN Summit were coming out on international media, I was shocked to hear about Singapore’s contribution of $100,000 towards the ASEAN COVID-19 Relief Fund.

I thought to myself, there must have been a mistake, but then I went to check the speech that Singaporean Prime Minister Lee Hsien Loong gave on November 10 at the People’s Action Party’ biannual policy conference.

There was no doubt about it: Singapore was indeed donating the astonishing amount of $100,000 to the fund!

Not surprisingly, PM Lee did not mention the word ASEAN during his speech, and the entire conference was dominated only by internal politics.

So looking from the perspective of ASEAN’s most prosperous member nation, the bloc, in reality, is not that relevant unless…they talk about trade.

ASEAN member states have figured this out to be better able to jointly negotiate deals, as was recently done through the Regional Comprehensive Economic Partnership (RCEP), which all members signed on the sidelines of the summit.

Once again, there was a huge mismatch between the high-level rhetoric and the real deeds on the ground, with financing being one of the major issues the bloc had to deal with.

Actually, I should instead call ASEAN “a community,” or “communities,” given the way policy-making is devised according to security, economic, and socio-cultural dimensions that, altogether, make the regional association.

I am not only talking about the financing of the COVID-19 Emergency Fund, but also about the funding of the overall natural disasters management architecture of the bloc – a bright spot at the summit as the region has a new working plan for the next 4 years that will hopefully streamline and make more effective its disaster management operations.

Readers in the Philippines should know well what I am talking about, because the recent cyclones that devastated parts of the country very recently saw the ASEAN mechanisms in the area of disasters management getting activated – a very positive development. At the same time, they might not know all the essential emergency equipments distributed, worth $900,000, which were funded by an external partner, the government of Japan.

So here is the problem: if the ASEAN really wants to become a community, and possibly a union, of nations and people, its leaders have realize that – despite external development partners like the European Union, which recently upgraded its relationship with the ASEAN – its most prosperous nations really need to step up financially.

Unfortunately, this requires a quantum leap in their thinking that I do not see coming any time soon.

Do not get me wrong; I do not want to be overly pessimistic. The conclave was not totally a waste, and the final declaration issued by Vietnam, the ASEAN Chair for 2020 (besides announcements in the area of disaster management), was also important in approving the ASEAN Comprehensive Recovery Plan. The plan is a groundbreaking strategy that, if implemented – and I have to repeat myself once more: “if implemented” – can be really transformative.

There were other good ideas and plans, including the preliminary roadmap for the ASEAN vision post-2025, the year when the 3 main blueprints underpinning the abovementioned 3 ASEAN communities will have expired.

Perhaps now you might wonder if steps are a bit rushed here, but the answer would be a surprising “no,” because the midterm reviews of the 3 communities are already being released, with the one related to the socio-cultural area already available to the public.

It makes sense, after all: before moving ahead with the next big planning cycle, it’s of utmost importance to assess and evaluate the plans so far being undertaken.

The problem is that no one really knows about all this complex strategic planning, and I am not entirely confident that the poorly-equipped Secretariat will really be able to steer a real debate among the citizens of each member nation about the achievements and failures of the last few years.

This is a problem, because without engaging its citizens, the ASEAN will never excite anyone, no matter the new “narratives” being officially announced, as they recently were, and the new dispositions on how to arrange and display the regional flag.

It is not only about having adequate resources (once again, an issue that always emerges), but it is also about having a mandate, and the Secretariat might really struggle with this point.

You should not be, because the bloc is mostly run as an intergovernmental “business,” a topic that I have already touched upon in my previous column.

In short, it means that the well-intentioned Secretary General of the ASEAN, Dato Lim Jock Hoi of Brueni, can’t really do much to create a buzz about these midterm reviews.

I sincerely hope I’m wrong, but the ASEAN can only grow as a real community if its people are involved and engaged in discussing the priorities of the next 4 years and thinking collectively about its next vision.

The fact the the ASEAN and EU have now agreed to become strategic partners is truly positive, as the EU is already an important financial partner – but here we have another challenge.

The EU is itself a complex structure that many Europeans citizens do not understand, and the ASEAN seems well-positioned to become the most complex regional bloc on the planet.

Indeed, the ASEAN’s working system is far more complex and remote than its European counterpart, with overlapping thematic chairmanships running simultaneously – a nightmare structure whose governance no one can easily understand.

Just to give you an idea (and please fasten your seatbelts here): the Philippines this year has not only been in charge of the education part within the socio-cultural community (Do Filipinos even you know about this?), but also of the sports dimension under the same community – a task now handed over to Singapore, something that apparently does not excite anyone in the island state, because as of writing, the Ministry of Culture, Community, and Youth has not yet bothered to mention this on its website).

Think about thematic chairmanships neither coordinated by Vietnam, this year’s Chair, nor by the Secretariat, and you can figure out how hard it is to really track what’s going on.

In addition, the thematic ministers do not meet enough – in certain cases, not even once in a year.

For example, in an area as crucial as the youth, as it should be paramount to have them onboard in the process of regional integration, the next ASEAN ministerial meeting focused on their issues will be hosted by Malaysia only in 2022.

The last time the bloc’s ministers met to talk about the youth was in 2019 under the thematic chairmanship of Laos, rather than Thailand, which was the country holding the chairmanship last year.

It’s easy to see how complex ASEAN governance and policy-making is.

I started my piece with disbelief, and I end it with more of the same: reading through the entire official declaration of the 37th ASEAN Summit, I could not find the words “climate change.”

Can you believe it?

I found the words “human rights” twice, but that was a joke, and this is something we should really talk about. – Rappler.com

Simone Galimberti is the Co-Founder of ENGAGE, and writes on social inclusion, youth development, regional integration, and the SDGs in the context of the Asia Pacific.