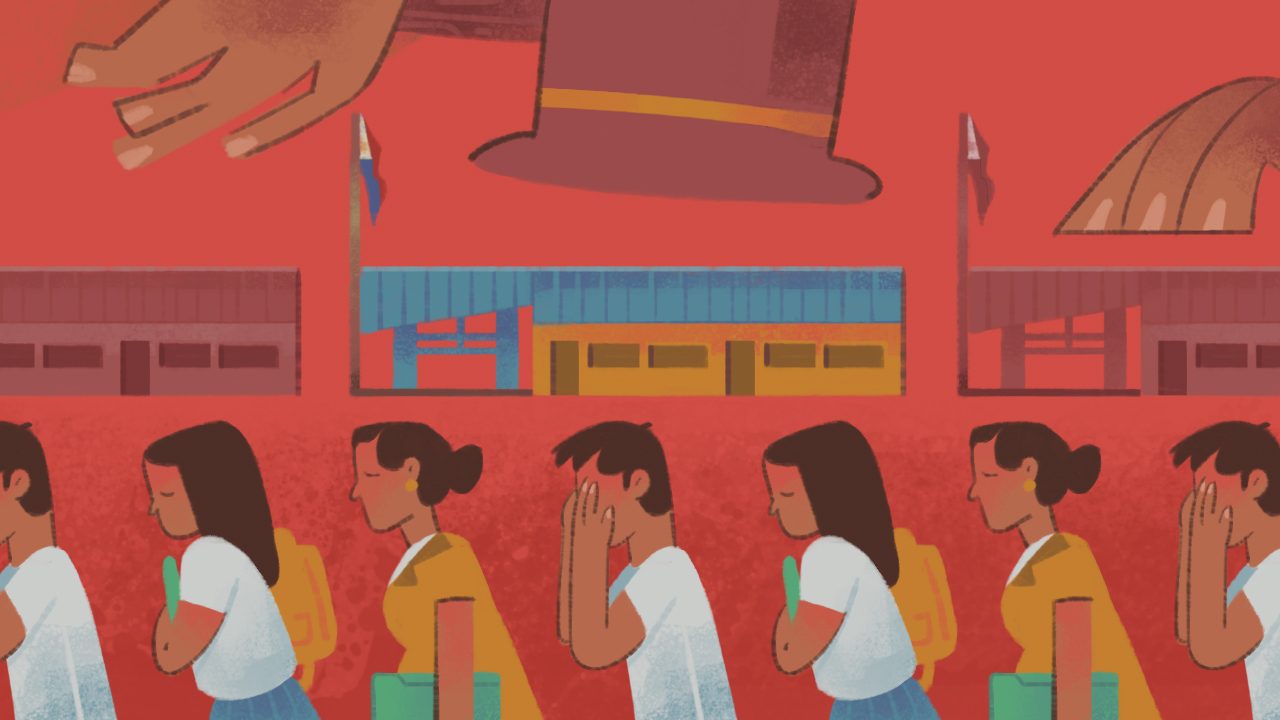 “So August 24 magbubukas na ng klase whatever form it is,” Secretary Liling Briones confirmed to a disgruntled public despite the swelling number of COVID-19 cases in the Philippines.

The insistence of the Department of Education (DepEd) to push through with the upcoming school year drew flak for many reasons. Concerned organizations raised the lack of COVID testing mechanisms that can ensure the safety of students returning to school. Teachers worry about the inaccessibility of online learning facilities for many families in impoverished communities and far-off reaches in the countryside. While schools that can’t afford synchronous online learning could opt for printed modules and delivery through radio and television, educators – trained for years to conduct traditional in-person interactions – are scrambling to find a stable internet connection just to attend training webinars on distance education. (READ: FAST FACTS: DepEd’s distance learning)

Teachers of alternative schools and makeshift “bakwit” schools (“bakwit” meaning “evacuate”) for the Lumad face a different problem. Wi-Fi routers, laptops, and printed modules became the least of our worries when DepEd ordered the closure of the Community Technical College of Southeastern Mindanao, Inc. (CTCSM), adding to the 163 Lumad school campuses shut down in the last 4 years. In the face of an order to proceed with the academic year, the chances of a Lumad student returning to class get slimmer. We’re running out of schools.

Even before the onset of the pandemic, the shortfall of state educational services is most palpably felt by indigenous peoples (IPs). Before, only 1 out of 10 Lumad children knew how to read, write, and count. This made way for corporations and, occasionally, state agencies to trick elders and leaders into signing contracts that sell parcels of the Lumad ancestral domain. To combat this high incidence of illiteracy and its pernicious consequences, religious groups, along with human rights organizations and IP advocates, built community schools where indigenous people of all ages could learn literacy and numeracy. The 18 non-Muslim ethnic groups comprising the Lumad welcomed these schools and soon helmed their establishment and development. In the early 2000s, DepEd recognized these schools through the establishment of an indigenous framework of education now observed in alternative tribal schools across the country.

In a decade, these schools became centers of agricultural practice not only for students but also for all members of the community. Together, students, teachers, and parents plant the very food that sustains their villages, nourishing the earth of their yutang kabilin or ancestral lands in the process. Agriculture – best taught at the farm and not through electronic devices – is central to Lumad education because their schools’ curriculum is designed to respond to the needs of indigenous groups who survived on farming for centuries. Classes such as Science, Mathematics, Filipino, and English, which the DepEd insists to be translatable into online or self-learning modules, are studied by counting seeds and plots, understanding soil science, and writing reports on field experiences. Live practice on the land of their ancestors is the lynchpin of knowledge transmission and production for the Lumad.

Given the Lumad’s staunch commitment to defend their yutang kabilin, environmental activism organically blossoms in their humble classrooms. This has rendered them targets of violence. “Umalis kayo diyan. Sabihin ko diyan sa mga Lumad ngayon, umalis kayo diyan. Bobombahan ko ‘yan. Isali ko ‘yang mga istruktura ninyo,” (Leave. I’m telling those in the Lumad schools now, get out. I’ll bomb you. I’ll include your structures) President Rodrigo Duterte announced during a press briefing, alleging that Lumad schools were teaching students to rebel against the government. Learning how to read and write to circumvent the deception of greedy corporations – how can defending home be “rebellion”?

The following years saw the fulfillment of the President’s orders. According to the the Save Our Schools Network, an alliance of IP and children’s rights organizations, around 13,000 indigenous persons have been harassed, intimidated, and threatened due to military encampments in their communities and schools as of July 2019. 2,350 have been hurt and displaced by aerial bombardment while 930 have fallen victim to indiscriminate strafing in the countryside. In 2019, the Philippine government formally shut down 55 Lumad schools in Davao, citing the schools’ non-compliance with the technical requirements of DepEd. This adds to a tally that has denied education to more than 3,600 IP students.

Despite these overwhelming challenges, Lumad youth continue their studies through provisional bakwit schools. The highest expression of their desire to learn in the face of continued attacks, the bakwit schools in Metro Manila, Cebu, and Davao operate not only as interim learning environments but also as refuge for displaced indigenous persons.

Before the pandemic hit the Philippines, we had been busy preparing for the moving up ceremonies in Lumad schools and the first ever graduation of Grade 12 students in the bakwit schools. We were caught off guard when Duterte called for what became a four-month nationwide lockdown, barring Lumad students from finishing the school year and finally going home to the communities they hope to serve in the future.

Campuses in Mindanao served as refuge for students and teachers hindered from crossing provincial borders and going home due to stringent disciplinary measures implemented by armed soldiers. Their very sight triggers some of the students’ trauma.

The draconian measures to fight COVID-19 have been unkind to the IPs. Since March, scores of parents, teachers, and former students of CTCSM and other Lumad schools have been rounded up and interrogated by local officials. Black propaganda claiming that the evacuation centers of displaced Lumad communities are infection hotspots circulated in April, uprooting evacuees from safe spaces. After a series of threats from local officials and individuals claiming to be part of DepEd and the Department of Social Welfare and Development (DSWD), the last remaining Lumad school in Mindanao, CTCSM, met its end.

163 schools shut down for serving the underserved.

The pandemic covered the tracks of an ongoing crusade to snuff out the alternative learning institutions indigenous communities fought for and defended for years. As teachers of these Lumad and bakwit schools, we fear that there would be no upcoming school year to prepare.

We are yet to hear about the national government’s funding allotment for the school opening and the number of distance learning tools distributed to teachers and school administrators. How about figures on module production? Or the percentage of schools equipped with proper health measures? Thousands of learners in urban and rural areas alike don’t even have phones, much less a computer, in their households. According to the secretary herself, DepEd seems ready to neglect about 7 million unenrolled students, many of whom belong to far-flung areas. Count here hundreds of Lumad students who lost their schools in the recent months. (READ: No student left behind? During pandemic, education ‘only for those who can afford’)

Without substantial evidence to prove viability, DepEd seems to be hell-bent on convincing the public that schools are ready to open classes on August 24. The unrealistic simulation activities shoved in our faces only add insult to injury. How can we conduct social distancing if our classrooms in Mindanao are populated by armed men? How can parents transfer their children to schools miles away from their barrios given local quarantine measures? How can we teach without schools? – Rappler.com

Jose Monfred Sy is a Senior High School Teacher at the bakwit school for the Lumad organized with the help of the Save Our Schools Network and indigenous peoples advocates. He graduated from the University of the Philippines-Diliman.