[OPINION] We should drop the ‘men are trash’ narrative 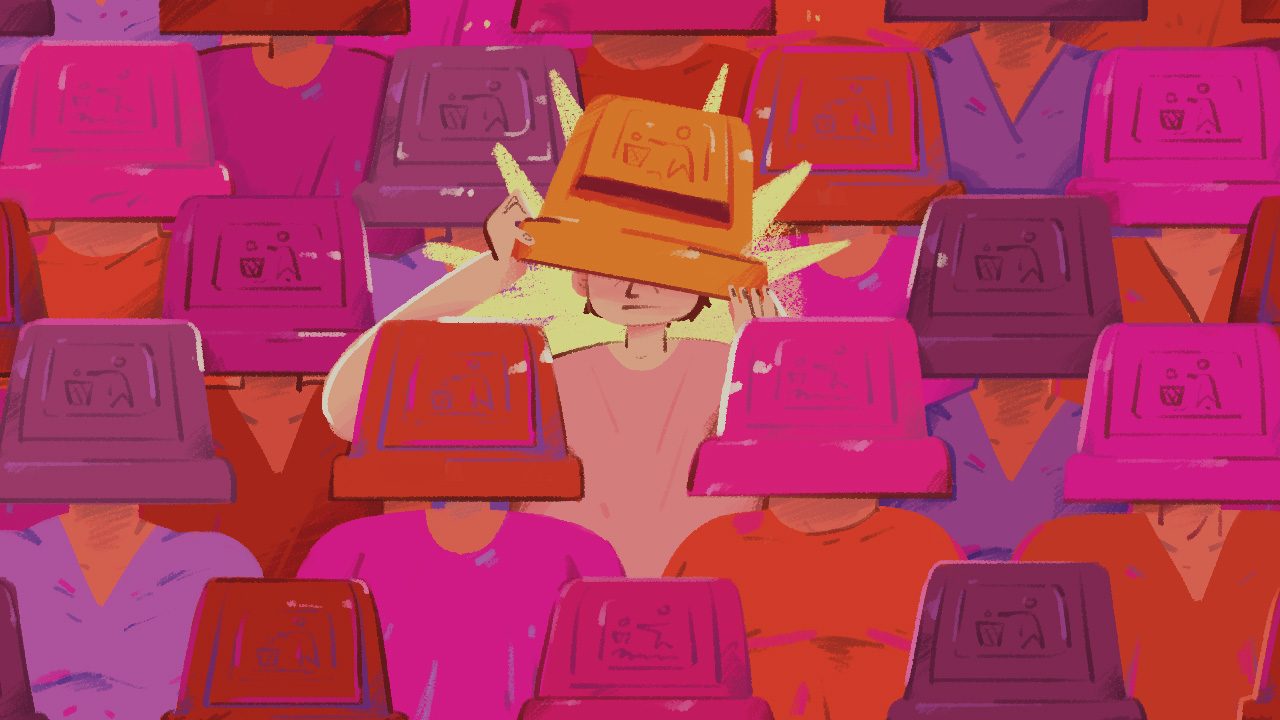 Facebook Twitter Copy URL
Copied
'Crappy men are indeed crappy, but we have to do better than being the same domineering force acting against someone else’s space for growth'

It would be bold to claim that witch hunts haven’t actually gone obsolete, only that they have evolved in form and medium, but it is nothing short of the truth.

The “men are trash” movement commonly seen on Twitter threads, “exposing” crappy men for doing crappy things to women, is an exhibit of this. It doesn’t stop there; the subset of men who try to persuade us that “not all men are trash” makes us believe they deserve the hate, since they’re clearly justifying the violators’ motives. In fact, in this modern-day witch hunt, I may actually be the one holding the torch close to their faces.

While prosecuting, shaming, and calling men names – such as walang kwenta, “good-for-nothing jerk,” or just plain “trash” – are well warranted given unexcused behaviors (and thousands of years’ worth of oppression, misogyny, and violence towards women), let me tell you why this is an example of a double standard against men, and how it is harmful for everyone. Even if men mostly benefit from the interests of a patriarchal system, it’s too simplistic to say that only women are victims. Yes, let us all put down our torches for now.

Allow me to make a simple argument: men are not innately evil (or crappy) to begin with, but rather, they are socialized to act a certain way under the panopticon of a patriarchal society, just as women are. This “certain way” are behaviors, beliefs, practices, and values prescribed to certain individuals under certain gender roles they are expected to adhere to, lest they face social consequences.

Crappy men are indeed crappy, but we have to do better than being the same domineering force acting against someone else’s space for growth – which is what women experience on a daily basis. I tell you this in the name of sociology.

Men are not innately evil from the womb. In fact, all men are well-meaning and good by nature. It’s just that they learn the behaviors and actions that make them evil and, well, crappy. These learned behaviors come from constant social interaction.

In patriarchal Filipino society, we often hear the words “kababae mong tao!” or “kalalaki mong tao!” directed at women and men who neglect the behaviors expected of them based on the gender roles assigned to them. This points us to why some men choose to act like “trash.” On the parameters of gender, males who act “soft,” show “too much” emotion, or act “too kind” to females are labeled as weaklings or “parang bakla.” The connotation that “nice guys finish last” also leaves a lasting impact on males, and they may choose to act differently in fear of being rejected and ridiculed by both men and women, even to the point where man-on-man violence happens. Simply put, men are just not required to do better, precisely because they are the “superior” gender after all — and even some women agree with this.

Who constituted all of this? How was this even considered as real and true? Again, this was made possible through socialization. In Reimon Bachika’s article on Berger and Luckmann’s The Social Construction of Reality, the easiest way for us to learn and internalize behaviors is by taking on the roles and attitudes of our significant others, such as our parents, friends, and teachers. Berger and Luckmann put emphasis on the fact that these significant others in our life play a crucial role, more than other factors, in influencing our social lives.

Hence, in a patriarchal Filipino society, we learn these stereotypes for men and women directly from our parents, siblings, friends, and teachers who reinforced such notions. And because these stereotypes come from existing knowledge passed down over hundreds of years, it has been embedded and enacted in much of our day-to-day interactions as Filipinos.

So, no. Men aren’t inherently sexual predators or domestic abusers. They were only socialized to act as such by existing societal forces and pressures.

Social patterns exist to ensure social control and thus make our actions predictable. However, through time, these social patterns, specifically social structures, create a permanent system of inequality because of unequal rankings we achieve from socialization.

Even Karl Marx mentioned that the only way for inequality to cease is for society and its social patterns to equally be obliterated. So for as long as we live, social inequality shall remain.

The most common form of gender inequality would be double standards, wherein a set of principles apply differently for different genders.

In the context of this issue, an impartial example would be: when some women make sexual comments toward men such as “ang sarap naman” or “anakan mo ako please,” it’s almost normal, even welcomed. But when men comment “ang sarap mo naman miss” or “paisa ako,” they get called “trash.” This is an example of a double standard against men, because men and women who wrong people should be reprimanded not on the basis of their gender, but because of the cruel acts they’ve done. So saying that men are trash for doing this and that, which everyone regardless of gender do, is a bit of a stretch. This narrative only creates enemies instead of allies, and makes the social divide between men and women greater and more prominent.

So, you’re telling me to understand men even if they’re sexual predators or domestic abusers? Yes and no. Before you throw a brick at my face, I’m merely making arguments in the name of sociology.

Yes, we should understand how they came to be “trash,” so we can get to the root causes of their evilness and mitigate the problem. Only then can we unpack the negative effects of patriarchy and make these men understand its lasting effects on both women and men.

However, no, we should still not let them get away with these kinds of behaviors.

When we say that “men are trash,” women become automatic participants in the patriarchal culture we’re actively trying to dismantle. We affirm patriarchal masculinity and reinforce this not only on men, but on women. In Charles H. Cooley’s theory of the “looking-glass self,” an individual’s perception of himself or herself is based primarily on how society views him or her. So, when we say that men are “trash,” it becomes a self-fulfilling prophecy. Instead of using the “men are trash” narrative, we should start by criticizing not their inherent disposition as a person but by targeting the cultural context behind their acts.

Men are not the antonyms of women. Patriarchy just made it seem that way. And no, patriarchy is not some evil spirit haunting us. It is, in fact, a social construct, something we created, and therefore can also destroy. Instead of shoving that torch in that crappy man’s face, let’s include them in the battle to dismantle this rotten system and create a better one for future generations. Let this torch light the way, as the road remains shrouded in the shadows of patriarchy. – Rappler.com

Gillian Therese Lu is a student of UP Baguio, currently taking Bachelor of Arts in Social Sciences, Major in Economics, Minor in Sociology.