What do you do when you hear you have an arrest warrant (and you’ve done nothing wrong)? 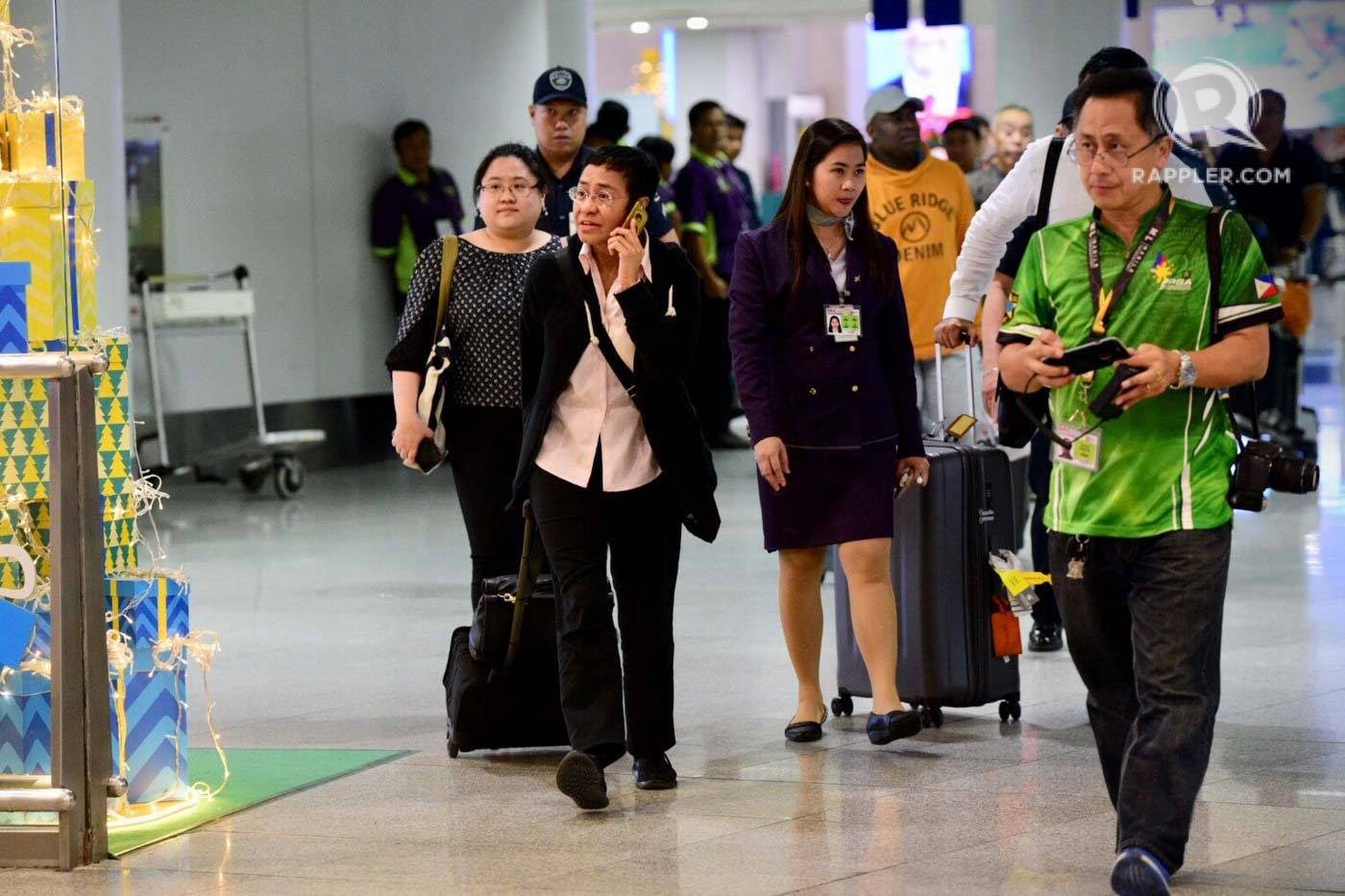 Facebook Twitter Copy URL
Copied
My friends said, 'Don't go home.' It was never an option. I would face these charges head-on.

Editor’s Note: This blog was first distributed as a newsletter under “Brave New World” on Monday, December 10, 2018. To sign up for weekly Rappler newsletters, click here. On December 11, Time magazine named Maria Ressa, one of the “Guardians,” along with Jamal Khashoggi, the Capital Gazette, Wa Lone and Kyaw Soe Oo. They are TIME’s Person of the Year 2018.

December 1 was a test for me.

I knew an arrest warrant had been issued by my government on politically motivated tax evasion charges. My flight home from Paris was leaving that day, arriving in Manila at 930 pm Sunday, half an hour after the night court closed. That meant that if I was arrested, I couldn’t file bail until Monday morning.

I would spend the night in jail.

How did I handle that?

I prepared to spend the night in jail. I packed a change of clothes, pajamas, and a toothbrush in my carry-on.

Like preparing for any war zone, you prepare for the worst, and hope for the best.

While friends outside the Philippines told me not to come home, that was never an option.

I am so proud of the courage and fortitude of Rappler and our supporters. Despite great odds, we continue to do the best we can, refusing to accept or bend to the abuse of power that is rolling back democracy in our country. (READ: A new weapon against press freedom in the Philippines)

I am not a radical person, in temperament and politics, but these repeated attacks were unshackling me, allowing me to speak frankly about what we are seeing first-hand.

Facing these ridiculous charges head-on would shine the light on the way the law has been weaponized.

And that was exactly what I said when I got home!

I posted bail the next day, and a day after that, we filed a motion to dismiss because – among other things – we believe the court that issued the warrant doesn’t have jurisdiction over this case. (Read: Rappler to Pasig court: Tax charges ‘clear case of persecution’)

I was back in court Friday, December 7, when the judge accepted our motion, gave the Bureau of Internal Revenue 15 days to respond, and postponed my arraignment.

In another court, however, Senator Bong Revilla, despite the evidence of bank deposits and unexplained wealth, was allowed to go free. (READ: Majority justices ‘took the cudgels’ for Revilla – dissenter)

This Saturday’s 4th week of protests in France brought me back to Paris, which is where I faced – and conquered – my own fears.

This is one of those times when you just can’t be afraid. You have to look at the worst that can happen, accept it, then move on. Do the right thing.

While I was thinking it through hours before boarding the flight back to Manila, I heard protestors outside my hotel – “yellow jackets” or “yellow vests” – who were intially triggered by fuel price increases to help France deal with climate change.

I didn’t even think. I picked up my coat, tripod, camera, and followed them into the streets.

These protests form the strongest challenge to President Emmanuel Macron, when the extreme left and the far right can find fertile ground to weaken his administration. They have been going on for about a month now, and the December 1 protests I observed were the most violent.

According to French police, it involved about 136,000 protestors with 268 people arrested. By the time I went to the airport, I could hear the water cannons firing, sirens wailing. On my phone, I was watching cars burning.

These protests are different because the people behind them are decentralized: organized on social media, largely Facebook, where disinformation is also misleading and fueling the anger.

After I got back to the hotel, the decision was simple. So I went through the worst case scenario step-by-step and prepared myself mentally and packed my bags.

We are at the tip of the arrow globally fighting for the rule of law, holding government to account.

Again, here are my 6 calls for action to protect democracies around the world. As for us, we’ll continue calling a spade a spade.

Call me naïve, but this is the Philippines I know: a country that signed on to the Universal Declaration of Human Rights, and where principles and values matter.

Now is the time to make sure we #HoldTheLine.