The Papa I lost and found in Japan 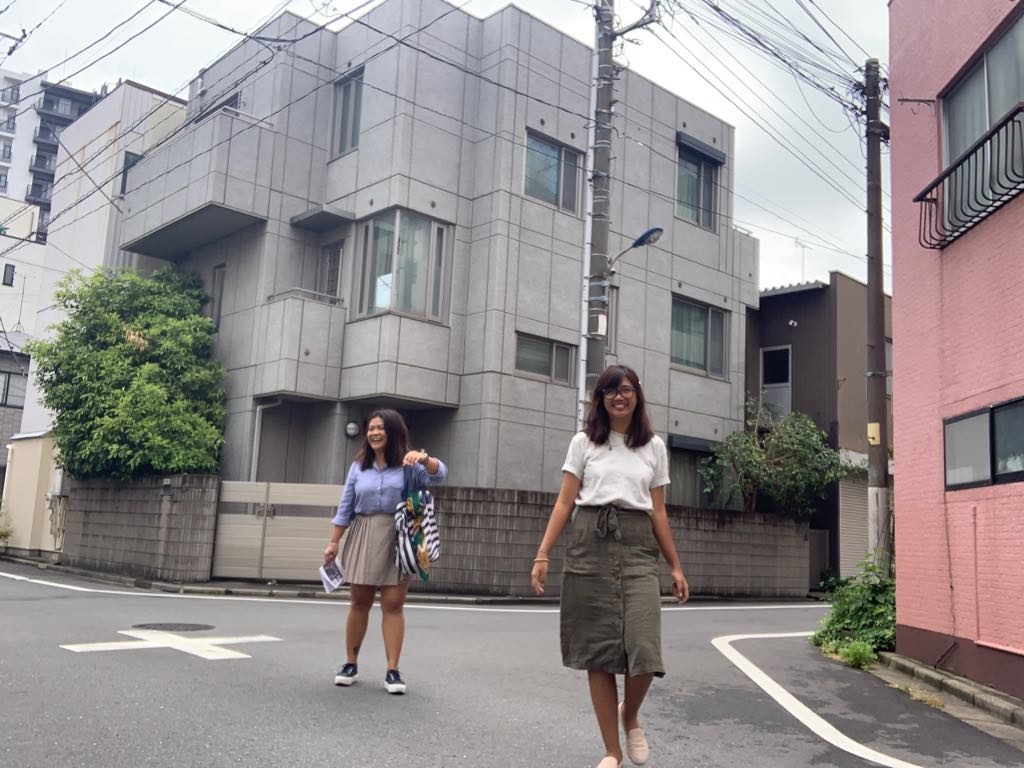 Facebook Twitter Copy URL
Copied
When I was 6 months old, Papa was killed in Japan. That was the beginning and end of the story that made up much of who I am.

I knew so little about the man whose face I have, and apparently whose temper and love for spicy things I also inherited, but I learned to accept the scarcity of details I got growing up.

Perhaps it was not for me to demand. After all, I never knew him. I have learned to respect the fact that those who knew and loved him longer needed to forget.

Story goes that he was killed, gun to his head, in Tokyo, Japan, 6 months after I was born.

Papa, an engineer, worked in one of the construction firms in Akabane Kita-Ku, about 20 minutes by train from Tokyo.

The only photos I had of him was his graduation photo from Mapua, a couple of photos showing him working in Akabane, and a metal case that carried his body before he was cremated.

They were all inside a sad-looking grey photo album that also showed Mama and Papang (my grandfather, his father) in Akabane looking not quite sad, but lost.

Papa left and worked in Japan because migration was the only way that people in our little town in Moncada, Tarlac, can make a better living for their families.

Papa made that choice when my sister was born, and then again after I was born. When he died, Mama had to make that choice, too, choosing England right after Papa’s death and ended up staying there to this day. So in my story, England took away Mama, and Japan took away Papa. The second comes with much more grudge, so I swore never to go to Japan.

My political values align with that pact. To me, Japan is not only where I lost Papa, it is also the country of perpetrators of war crimes who raped our women, and killed and tortured our men, and never formally apologized for it.

I always liked being the rebel growing up. This behavior is reinforced because people tell me I got it from Papa. When I joined a group of employees which sued GMA Network for regularization, almost everyone in my clan disapproved, but not Mama.

“You are truly like your Papa, always fighting for what he believes in,” she told me, which was all I needed to hear to rally on with that lawsuit, and all other small rebellions I forged after that.

There was a time that everything in my life was marked by a fight. Fight this and fight that, but there is something about aging that stirs you to the direction of calm and peace, albeit with little outbursts here and there.

I would like to think that Papa would approve of my slight shift of outlook. I would also like to believe he changed his behavior too while in Japan.

Because how couldn’t he?

The Japan I’ve seen, from afar and in person for a week last May, is home to the best-mannered people I have had the pleasure of interacting with.

They leave their bikes on the streets unchained, their house keys on top of a mailbox by the roadside, and do not count payments in coins from foreigners who can either miscount the money or deliberately dupe the store cashiers.

They are pleasant with helping with directions, or what food to buy from the vending machine, even though some of them cannot speak a word of English. My sister and I decided to go to Akabane Kita-Ku, 28 years after Papa died, with an address from Mama in hand, and a printout of Google Map from our hostel receptionist who took the pains of analyzing the location to help us narrow it down.

If we got our address correctly, this is where Papa used to live, now an abandoned building with a closed Indian eatery below. I smiled at the possibility of this eatery existing when Papa was here. He would have loved all the spicy food. We walked and walked some more, doubts of whether we were in the right place lingering at the back of my head, until I started seeing groups of builders in corners, and until I saw a man wearing faded jeans, white shirt, and a white towel wrapped around his head.

That was Papa’s look in the few photos I had of him.

So I decided that we were in the right place, that Papa had walked here, that Papa had breathed the air I was breathing, and that he was happy having had to call Akabane his home for nearly three years.

There is this other recurring story from my childhood. That Papa had decided not to go back to Japan, but his boss – a Japanese man they called Murakami – had gone to Tarlac to convince him to please come one more time.

I also have that photo of Papa and Murakami.

And that he laughed as hard as we laughed walking the streets of Akabane, finding random things we thought were amusing. In my imagination, Akabane Minami, a place just a block away from the address, is where he got my name. “Lian” is Mama’s choice, “Nami” – the Japanese word for wave – was his. Then he added “Aloen” which is pronounced as “Alon” or the Filipino word for wave.

In coming home I brought with me photos of Ate and I in Akabane, one for each of us, and one each for Mama and Nanay (grandmother, his mother), and a Japanese curtain with a wave design.

Japan makes it hard for me to hold on to the grudge, and that trip – filling for both my stomach and my soul – has made me respect the natural process of life.

Like waves, anger comes and anger goes, and the peace I felt in Akabane has also made me respect the fact that I – although I was not able to love him the way I wanted to – also needed to forgive. – Rappler.com