[OPINION] Universities should take strong stance against the Marcos dictatorship

Apr 14, 2019 7:40 PM PHT
Facebook Twitter Copy URL
Copied
An Ateneo professor and a student leader respond to Tony La Viña's piece published in Rappler, saying that his concern about the university's decision on the Irene Marcos controversy is, among others, oversimplistic 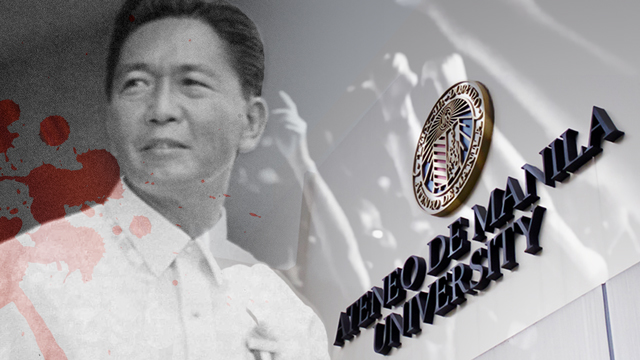 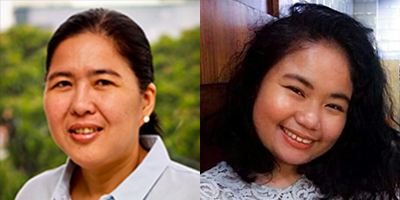 This piece is a response to Atty Antonio La Viña’s piece, “Should we ban the Marcoses from our campuses?”

We have utmost respect for the former dean of the Ateneo School of Government, but this respect does not bar us from taking a contradictory position. We are Ateneans – a political science professor and a student leader – taking on another Atenean’s invitation to “make us a better learning community.”

We write this piece in the spirit of collegiality and reflexivity, to push ourselves, as individuals and as a community, not only to demand better from this nation, but also toward further reflection and understanding.

In this piece, we argue 3 points. First, we argue that taking a stance against the invitation of a Marcos to the Arete’s amphitheater launch, whether as individual Ateneans, as the student body and the Sanggunian, or as the university president, is, in and of itself an exercise of academic freedom. Second, we argue that the incident is indeed a “teaching moment” – a unique opportunity for the academe to reflect on the impact of its small, everyday decisions. Finally, we discuss the crux of the matter: campuses taking a stance against dictatorship.

Atty La Viña was concerned that Ateneo’s response to the Irene Marcos invitation would lead to a “blacklist” and a “black hole.”

We argue that this concern is at best, oversimplistic, and at worst, misleading.

The statements of the Sanggunian and of university president Father Jett Villarin were not directed toward a ban of “bad people,” in La Viña’s terms. Rather, both statements were assertions of Ateneo’s stance against the Marcos dictatorship, and the historical revisionism the entire family shamelessly continues to promote. The statements also represented Ateneo’s exercise of academic freedom.

Academic freedom is not about neutrality, but about taking a stance, upholding the truth in times when the distinction between true and false becomes blurred. Ateneo’s response to the invitation was a statement against the normalization of the unapologetic presence and continuing political maneuvering of the Marcoses in our society.

Academic freedom should uphold facts – facts which are obfuscated in La Viña’s piece – that the Marcoses were dictators who tortured and killed thousands and plundered the country for personal power and gain, and that they continue to stand unapologetic in the face of all they have done.

Irene Marcos, who was 12 when Martial Law was declared, and 21 when it ended, is complicit in all this: not only does she continue to enjoy her family’s ill-gotten wealth, she has also refused to apologize for the atrocities her family has committed.

People may disagree with that position, but taking said position is Ateneo’s right as an educational institution and does not, in any way, curtail anyone else’s freedom. For what freedom of Irene Marcos was curtailed? The freedom to walk the streets of Ateneo and participate in its activities as if the dictatorship never happened? The freedom to attempt to change public opinion and wash one’s hands innocent of the blood of those murdered during the Marcos dictatorship?

Clearly, in this case, Ateneo had every right to remind both Arete and the public that Ateneo already has a position on the Marcoses. Ateneo says no.

Atty La Viña asked: “Should we ban the Marcoses from our campus?” This is not the right question to ask. Rather, it should be: “How can our campuses demand accountability from the Marcoses, and prevent another dictatorship from flourishing?”

This question, we believe, is what Ateneo’s statements intended to address.

Atty La Vina claims that he would “have succeeded more as a teacher if my students were more angry at the Duterte administration’s human rights record than being upset at the Marcos children visiting us.”

Here, he sets up a false dichotomy.

First, one cannot assume that the two are different evils, when the Marcoses and President Rodrigo Duterte, are in fact, allies. Imee Marcos is running for senator under Sara Duterte’s Hugpong ng Pagbabago; President Duterte ordered the burial of the late dictator-murderer in the Libingan ng mga Bayani; and, thousands of murders remain unexplained in both the Marcos and Duterte regimes.

This is not a deliberation of who the worse evil is. We must discuss how to best demand accountability from both the Dutertes and the Marcoses.

Irene Marcos has also taken her stance. The argument that she is not as political as her siblings does not erase her complicity in her family’s sins. For example, Irene has demanded the return of her family’s mansions, among others, which were bought with ill-gotten wealth. She has never apologized for the atrocities her family committed, though she was old enough to know about them during Martial Law, but instead, continues to enjoy the privileges of the wealth her family stole from the Filipino people.

Lastly, oppression and injustice should always be fought – regardless of the personalities involved, the event during which it occurred, and whether it happened in the past or in the present. So long as justice has not been delivered, there will be no forgiving, or forgetting.

We agree with Atty La Viña that this incident should be a “teaching moment” for Ateneo and other institutions. One lesson is about students being bold enough to question an administrator’s decision and to remind us that it was not only impactful, but harmful. Without Ateneo students coming out with a statement, the invitation would have gone unnoticed, and thereby, unchallenged.

It must be noted that the students did not ask for the resignation of the (former) executive director of Arete. They merely asked for a public explanation and an apology.

It was clear from the beginning that the issue is not about Yael Buencamino’s skills or competence, but about her erroneous judgment that inviting a Marcos to an official university event is inconsequential to Ateneo and to society. Buencamino, an Ateneo official by virtue of her position as Arete executive director, legitimized something that Ateneo has repeatedly condemned. There are consequences to such breach of institutional positions. With her resignation, Buencamino, in fact, has accepted such consequences.

We believe, however, that the main lesson to be taught here is not about the “openness” of campuses. Rather, we must talk about the need for campuses to discern and question the societal impact of everyday decisions – even those decisions that are seemingly harmless and mundane.

How to stop the normalization of dictatorship?

These words capture most accurately the issue at hand. These are the words of a staunch anti-dictatorship advocate and former political prisoner, journalist Jo-Ann Maglipon, from her “Postscipt to Yael Buencamino’s Resignation” which was shared, with permission, on the Facebook wall of Karina Bolasco, the director of the Ateneo de Manila University Press.

Maglipon writes: “For a long time, we’ve behaved like we didn’t know this or have never given it a thought – and we’ve paid the price. It is these tiny and courteous and easy invites that have eased the Marcoses back into our lives. A dinner invitation here, a book launch there, a ribbon cutting, a scholarship drive…all seemingly normal, regular, everyday things the middle class does, except that Ateneo knows better.

“It knows that a few more of those innocent invites, and we could’ve come to erasing one family’s crimes for good. As it is, the family is back. Moved quietly back into the neighborhood. There was no grand homecoming announcement. They just eased their way back in through those small invites…and now they’re all over the place, ready for Malacañang again.”

The dictatorship must not be forgotten. The unapologetic response of the Marcoses to calls for accountability should not be normalized. And universities, bastions of truth and enlightenment as they should be, must stand against this normalization.

Ateneo had a choice.

It could have chosen to be an ivory tower and stayed silent about a “small invite” but it did not. Instead, through the demand of the Sanggunian and the response of the university president, it chose to declare the invitation of the Marcoses to institutional events consequential and unacceptable. Ateneo did not choose to be an ivory tower, detached from the realities around it. It chose to be a social actor.

Should a university be an ivory tower or a social actor? That is the question that we all must continually reflect on. – Rappler.com

Carmel V. Abao is an assistant professor of the Department of Political Science of Ateneo de Manila University. Reycel Hyacenth Bendaña is a senior student at Ateneo taking up AB Management Economics, with a minor in Development Management, and is the outgoing president of the Sanggunian, the university’s student council.

Disclaimer: The contents of this piece are the authors’ thoughts as Ateneans, not Ateneo’s institutional stance.