Facebook Twitter Copy URL
Copied
Is the public aware of the thousands of urban poor families facing demolition, eviction, and relocation to make way for tons of cement and steel? 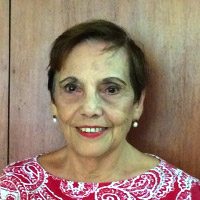 Even the Commission on Audit (COA) and the National Economic and Development Authority (NEDA) have weighed in with misgivings, which DPWH now claims to have satisfactorily addressed.

Yet, why in this media frenzy is no mention made of the people affected by Build, Build, Build?

Is the public aware of the thousands of urban poor families facing demolition, eviction, and relocation to make way for tons of cement and steel? Do they care?

When DPWH asserts that right-of-way issues are close to solution, these refer primarily to private land whose owners or residents are entitled to claim compensation under eminent domain. Informal settlers apparently merit a more nebulous classification – disposable families with questionable rights.

How does one reconcile this disturbing picture with NEDA’s AmBisyon Natin 2040 vision of a society that is “Matatag, Maginhawa, at Panatag na Buhay Para Sa Lahat?” For poor informal settlers facing eviction, BBB makes unattainable that “strongly rooted, comfortable, and secure life for all.”

Being Metro Manila residents, poor families do recognize that government must take drastic action to mitigate the daily traffic ordeal. They, too, suffer the 3-5 hour commute to and from work. Polluting vehicle exhaust envelops them far more than it does air-conditioned car passengers. Why, then, they ask, must they bear the brunt of BBB with so little say about their own future?

Consider the Novaliches case. NLEX Segment 8.2 will cross through seven parishes or eight barangays of Caloocan and Quezon Cities for 8.5 kilometers. In its 2016-18 census and tagging operation, the government identified for eviction 18,175 informal settler families.

Fully 95 percent of them, according to a diocesan survey, have lived onsite for 26 to 30 years; renters comprise the other 5 percent.

Alarmed at the prospect of impending massive and inhumane displacement, the Basic Ecclesial Community Pastoral Team spearheaded a movement to advance the basic rights of those affected while advocating decent relocation. The bishop then organized the Diocesan NLEX Task Force, which became a member of the LGU Local Inter-Agency Committee. This official designation ensures that the views of the affected poor remain central to the discussion and to any decisions taken.

Although the National Housing Authority (NHA) team has called meetings to warn community members about NLEX Segment 8.2, these sessions featured information dissemination rather than the interactive dialogue sought by community members.

Despite informal settler and civil society clamor for onsite upgrading or in-city relocation following People’s Plans, government along with some local leaders are said to be pressuring people through door-to-door visits to accept the unpopular off-city option.

If that turns out to be the vacant and deteriorating NHA units in Pandi and Norzagaray, Bulacan already rejected by government workers, the Novaliches group’s apprehensions are justified.

Often, government cannot satisfactorily answer their questions. Are the deteriorated units being rehabilitated for decent occupancy? Will the financial compensation that accompanies off-city agreement be enough to stave off further poverty? What about jobs? How much is the transportation fare back to the city for those returning to work there?

What are the down payment and amortization charges for the housing units and other amenities? Are the classrooms and teachers ready for their children? Is there a high school reasonably nearby? Is potable water available in the amounts needed? Electricity connected? Street lights working? Wet market operating? Cell signal strong enough to facilitate their daily search for earning opportunities and contacting separated family members? Crucial information needed by different kinds of affected families at various points in time remains confusing and heightens anxieties.

Skeptical NGOs believe the total sum of 26,324 families, or 144,782 affected persons, is understated. How many more thousands of informal settler families then will have to make way for the 97 other BBB flagship projects?

Resettlement guidelines recognized the world over and implemented by the Asian Development Bank (ADB) and the Japan International Cooperation Agency (JICA) in the Philippines point out that development-induced resettlement requires affected families to be in “no worse off conditions” than before. One wonders whether the Philippine government will require the approximately 14 China-funded projects to adhere to these rights-oriented guidelines.

What kind of city?

In light of the ongoing infrastructure blitz, a larger question emerges: what kind of city do we want? Kilometers of cement expressways and bridges mean ever increasing car and motorcycle traffic. Hardly does this fit the visionary world class green cities so attractively promoted by elite developers.

It is important finally to reiterate that critics of Build, Build, Build do not condemn all infrastructure projects; rather, they counsel moderation and re-examination. The argument here highlights government and private sector accountability for Building Building Building the social consequences and participation of affected people into planning processes.

Our urban future, after all, belongs as much to the striving poor with whom the city cannot survive as it does to our matatag, maginhawa, at panatag na buhay car-owning elites. – Rappler.com

The author is a social anthropologist teaching and doing research at the Ateneo de Manila University and the University of the Philippines while also active in urban NGO activities.