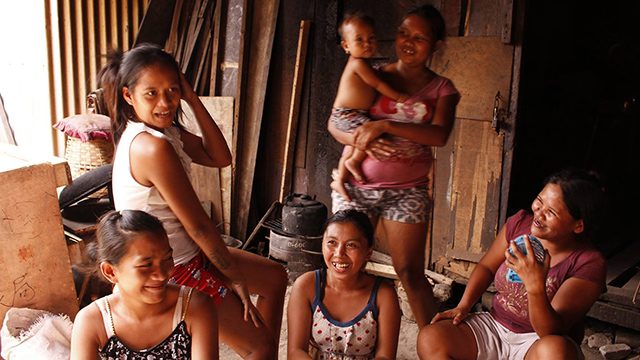 When Senate President Vicente Sotto III proposed to remove the P225M funding from the Department of Health (DOH) budget allocated for the purchase of contraceptive implants, he was guilty of reproductive coercion – a form of abuse where someone interferes with your reproductive health choices and body autonomy.

Reproductive coercion is done through a range of behaviors like emotional blackmail such as the guilt trip of “If you really love me, you’ll trust me not to use a condom” or by sabotaging contraception like when Pete Davidson, Ariana Grande’s ex-boyfriend, said he “messed around” with her birth control.

“Last night I switched her birth control with Tic Tacs,” Davidson said. “I believe in us and all, but I just want to make sure that she can’t go anywhere.”

In this case, reproductive coercion is by a senator bent on sabotaging women’s contraceptive choices and highjacking the P225M budget specifically allocated to buy 300,000 implants – these thin matchstick-like rods that are inserted in a woman’s upper arm and protect her from unplanned pregnancy for 3 years.

The term reproductive coercion was first coined in 2010 and was mainly defined in the context of a couple in an intimate relationship. In recent research, the British Medical Journal includes reproductive coercion as a form of abuse practiced not only by male partners but also by family members – especially older female relatives who interfere with a woman’s body choices.

Sotto’s pitch to remove funding for implants is based on the premise that they are abortifacients and since abortion is (still) illegal in the Philippines, government funds should not be used to procure abortifacients.

Sotto’s argument does not deserve to be dignified by repeating another word of his flawed logic. Rather, let’s look to the real experts.  The World Health Organization (WHO) has implants on the Model List of Essential Medicines. This is a list of medications that are considered effective, safe and most important to meet the health needs of a country. The list is referenced by countries worldwide to guide them in the development of their own local list of essential medicine.

The DOH also recommends implants as a “beneficial and convenient manner of birth spacing” and clarifies that it does not cause abortion.

When it comes to managing and planning fertility, it would be more prudent to trust the medical opinion of the WHO and the DOH over a rabid legislator who has consistently blocked women’s reproductive health choices.

Roselyn Resano, 27, lives in Manila with her husband and two young children, ages 7 and 4. She is a homemaker and her husband a garbage collector.

She has been using implants for 4 years now. “Kung hindi available ang implant, siguro nasundan na po yung bunso ko. Hindi po pwede sa akin ang pills at ayaw po namin ng condom.” (If the implants were not available, I would probably have another child. I can’t use pills and we don’t want to use condoms.”) Dr. Junice Melgar, executive director of Likhaan Center for Women’s Health, has provided free sexual health services for hundreds of women in the urban poor areas of Manila and Malabon. Resano is one of their clients.

Melgar said that the implant is a favorite among women. “Women love the implant because it is convenient. One insertion of the implant and you get protection for 3 years. They also like that it is reversible; they can have it removed any time if they want to get pregnant.”

Dr. Emma Llanto, one of the pioneers of adolescent medicine in the country and head of the Adolescent Medicine Department of the UP Philippine General Hospital (UP-PGH) recommends long-acting reversible contraception (LARC) methods like implants as an effective way of preventing teen pregnancy and curbing our runaway teen pregnancy rates.

One implant lasts 3 years – long enough to prevent pregnancy throughout high school and allowing a girl to graduate. Another dose could help her get through college.

For mothers who want to plan and space pregnancies, Llanto said, “Implants are safe, effective and can be used while breastfeeding. It gives a mother time to take care of her infant, breastfeed and for her body to recover.”

According to a legislative source, the P225M budget for implants was removed from the Family Planning budget – the budget line that itemizes funding for implants – but will remain within the DOH purse. This means that the DOH now has the discretion to appropriate the funds as they see fit.

The matter is far from settled.

Women’s health organizations and civil society organizations need to be vigilant and demand transparency to ensure that the DOH uses its budget to procure the 300,000 implants it originally planned for and replenishes its stock level of implants to ensure availability. According to the Commission on Population, the DOH has about 190,000 implants in its current stock which will last around the middle of 2020.

Timeliness is particularly important because the government procurement process runs at a glacial bureaucratic pace.

Community women are all too familiar with the painful reality of going to a health center to get an implant or avail of their preferred birth control method only to find that it is out of stock.

It’s not just about implants, it’s about happiness

The near budget fiasco reminded me of one Sunday afternoon I spent with the women of Vitas, Manila, most of whom were implant users. We talked about another birth control crisis when we were running out of contraceptives because of a Supreme Court restraining order – an incident that can also be traced back to Sotto’s actions.

We talked about the benefit of using contraceptives and they gave me the usual replies:

I nudged them a bit to go beyond these benefits. I asked them to tell me if birth control had an impact on their feelings when it comes to sex, their husbands, their children and themselves.

They could space their children and take a leisurely bath and *gasp* even comb their hair without a small gang of toddlers grabbing at them. “Pwede na magsuklay at hindi malosyang.” (I can comb my hair. I don’t have to look frumpy.)

As one woman put it, “Kung sunod-sunod ako magbuntis, may dumedede sa suso ko, may nakahawak sa palda ko. Pag uwi ng asawa ko, gusto pang magtalik. Wala nang natira sa katawan ko para sa akin.” (If I have successive pregnancies, I’ll have a baby suckling at my breast, another one tugging at my skirt. Then when my husband comes home, he’s going to want to have sex. There will be nothing left of my body for me.)

When they imagined a life without access to birth control and they fell silent. They came up with all sorts of scenarios, all ending with them helplessly getting pregnant over and over again.

“This is all we have. We hope the government doesn’t take it away,” they told me.

I asked what they meant by “it.”

They had a hard time finding the right word for it.

In the end, the word they found was: happiness. (kaligayahan)

Ana P. Santos writes about gender and sexuality for Rappler. She is the Pulitzer Center’s 2014 Miel Fellow and a 2018 Atlantic Fellow for Health Equity in Southeast Asia.