[ANALYSIS] The Sinovac vaccine is still an effective COVID-19 vaccine Facebook Twitter Copy URL
Copied
'All the numbers, including numbers from the Philippines, suggest that [the] risk for severe illness and death has been dramatically mitigated by the vaccine'

Author’s note: To avoid confusion surrounding the technical definitions for the “efficacy” and “effectiveness” of a vaccine, this essay was edited slightly after initial publication to discuss how a vaccine can protect a certain percentage of a vaccinated population. I thank a reader for the feedback.

There have been many questions surrounding the efficacy of the Sinovac vaccine that has already been used to inoculate millions of Filipinos. After reading news reports about the apparent failure of Sinovac in Indonesia and in Thailand, some of our kababayans have asked me if they should receive a booster shot or even another vaccine brand to protect them against COVID-19, especially against an infection with the dreaded Delta variant that was first identified in India. Let us look at the numbers.

Last week, the results of a Phase III clinical trial for Sinovac in Turkey – the first peer-reviewed data set for this vaccine brand – were reported in the international science journal, The Lancet. Over 10,000 volunteers aged between 18-59 years were involved in this clinical trial, which lasted several months. The data revealed that the vaccine has an efficacy of 83.5% when two doses are administered fourteen days apart. The most common side effects were injection site pain and fatigue. There were no serious adverse effects and no one died.

These results suggest that Sinovac is a safe and efficacious vaccine. Significantly, the clinical trial was taking place while the Alpha variant was in circulation in Turkey, suggesting that the vaccine is effective against this variant of SARS-CoV-2, which is the dominant variant in many regions in the Philippines today.

But what about the data from Indonesia? I have received many emails from individuals concerned that the experience of Indonesia has shown that Sinovac is ineffective. There are actually two data sets from Indonesia.

First, real-world data that monitored 128,000 vaccinated healthcare workers between January and March found that the vaccine is actually more protective than the Turkish clinical trial: 94% effective against infection and 96% effective at preventing hospitalization. Presumably, given the timing of this study, this is data for the vaccine’s ability to protect individuals from the original variants of SARS-CoV-2. This is good news for those vaccinated with the Chinese brand.

More recently, however, published news reports from the Indonesian city of Kudus have worried Filipinos. According to these news reports, 350 health care workers in this city in central Java became infected with the Delta variant of SARS-CoV-2 despite being fully vaccinated. Dozens were hospitalized. For some people, especially those who were vaccinated with Sinovac, this report is terrifying.

And yet the numbers say otherwise. First of all, there appear to be about 5,000 health care workers in Kudus, all of whom have been vaccinated against COVID-19 with Sinovac. This suggests that 4,650 did not get infected with the Delta variant. This translates to a 93% protection rate! Moreover, since healthcare workers are at high risk for COVID-19 because they are exposed to high levels of virus in their workplace, we can conclude that the protection for a typical person, a typical Filipino, would be at least as good as 93% if not higher!

What about the data from Thailand? A few days ago, the Thai government authorized mixing and matching Sinovac and Astrazeneca vaccines because of a concern that the Chinese vaccine was ineffective. However, the numbers from Thailand actually suggest otherwise. According to the Thai Ministry of Health, 677,348 medical personnel were vaccinated with two doses of Sinovac between April and July 10 of this year. Of these, 618 eventually tested positive for COVID-19. The majority of these breakthrough infections – 597 of 618 – either had no symptoms or only had a mild form of the disease. Nineteen were reported to have moderate infections. 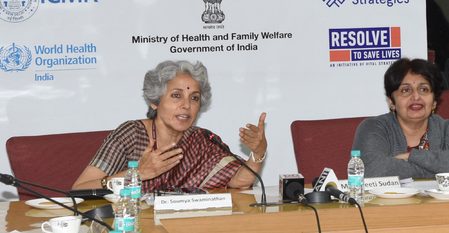 What do these numbers mean? Well, at face value, these numbers from Thailand suggest that Sinovac offers a level of protection of at least 99% since only 620 or so of about 680,000 became infected with COVID-19. Moreover, 97% of those infected were asymptomatic or had mild disease! These numbers are astonishing because they actually suggest that Sinovac is very effective at protecting against severe disease, hospitalizations, and death. Once again, since these are numbers reported for healthcare workers who are exposed to high levels of virus, we could expect equivalent protection if not better for ordinary citizens.

Next, let us look at some home-grown, local data. A large medical center in the NCR generously shared their vaccination and breakthrough data with me on the condition that I would not reveal their identity. This hospital vaccinated 1,653 of its Filipino healthcare personnel with the Sinovac vaccine between March and early July of this year. Of these healthcare workers, 80 eventually went on to test positive for COVID-19, and of these eighty, forty-one were symptomatic.

These numbers reveal that Sinovac protects 93% of vaccinated individuals in a hospital setting here in the Philippines. Moreover, all those who experienced breakthrough infections were either asymptomatic or had mild symptoms. Once again, the numbers show that Sinovac is safe and effective against severe disease and hospitalization for COVID-19.

In sum, Filipinos who have been vaccinated against COVID-19 with the Sinovac jab should rest assured that they are still protected against serious disease, hospitalization, and death. Yes, there is always a possibility of their getting COVID-19 because no vaccine is completely disease-proof, but all the numbers, including numbers from the Philippines, suggest that their risk for severe illness and death has been dramatically mitigated by the vaccine.

Let us get vaccinated together! – Rappler.com

Reverend Fr. Nicanor Austriaco, OP is Visiting Professor of Biological Sciences at the University of Santo Tomas, and an OCTA Research Fellow.