[FIRST PERSON] Ramos to young aide: ‘Malacañan is the best school you can ever be in’ 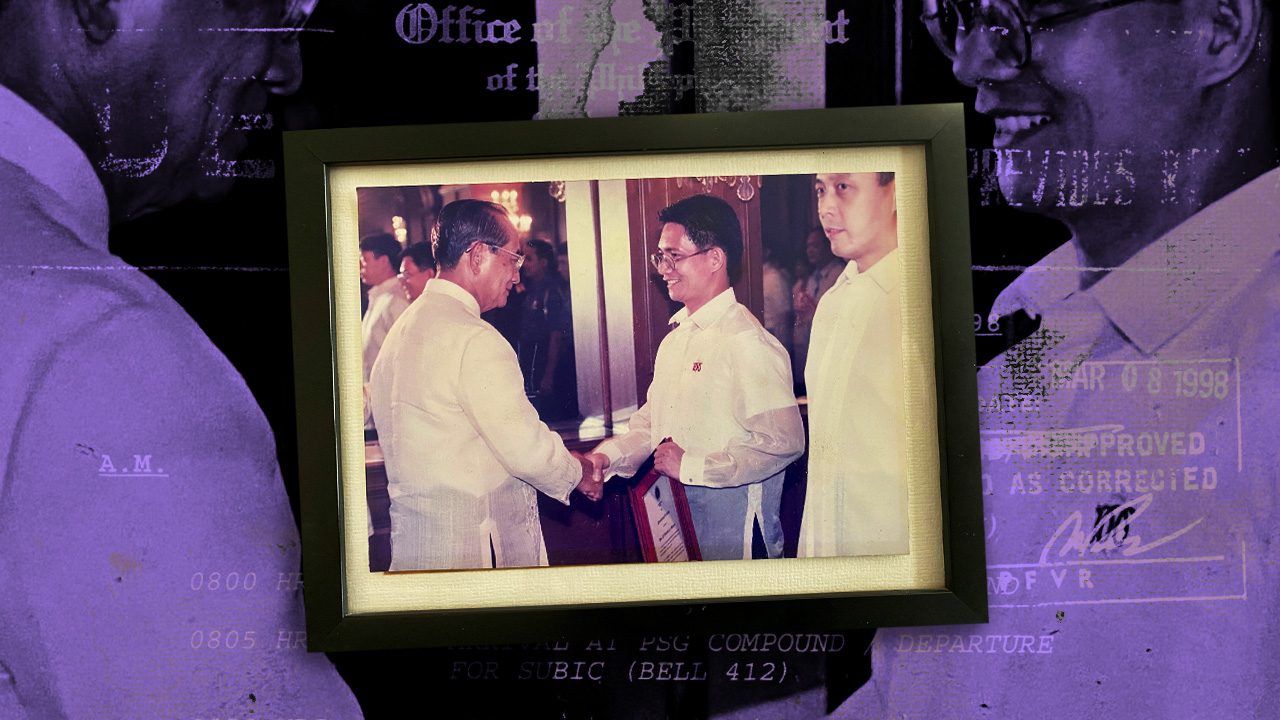 The following is a contemporaneous account of a tough yet poignant incident in Malacañan involving the narrator, then a junior foreign service officer on secondment to the Office of the President. It depicts work under the workaholic Fidel V. Ramos undertaking the country’s most challenging job. That day in the last few months of his administration was exasperating for “Steady Eddie,” who was otherwise known for his coolness and composure, but he remained ever the mentor. It showed him in his “galit militar” mood – letting sentiments out, then moving on. The narrator is currently Philippine Ambassador to The Hague.

On the 9th of March 1998, I went to the Malacañan Palace’s Rizal Room to represent Secretary J. Apolinario L. Lozada Jr. as senior staff-in-attendance at the courtesy call on President Fidel V. Ramos of Zuellig Pharma CEO Stephen Zuellig. While waiting for the President to arrive at the Rizal Room where dignitaries are received, I was summoned by one of the President’s aides to proceed to the nearby Presidential Study Room to see the President.

I walked anxiously through the Aides’ Work Area and waited by the door of the Study Room. After being informed of my presence, President Ramos made a side glance and motioned to me to take a seat while he went over some papers. With a pen and a small notebook in hand, I took the seat in front of his desk.

After scribbling instructions on some papers using a red Sharpie marker, he looked up and with his unlit cigar as pointer, asked, “Have you seen the instructions I wrote on the schedule for tomorrow’s trip to Bulacan?”

“No, sir. But I’m sure Director Cuy has seen it, and is carrying out your instructions,” I replied.

FVR Schedule by Rappler on Scribd

“Ah, Lito Cuy…My! Don’t you belong to the same office? Don’t you talk to each other? You know, I designed that schedule and the succeeding ones such that after inspecting projects and meeting local officials, I can join the rally for Lakas candidates!”

This was at the height of the 1998 presidential campaign, where Ramos’s Lakas candidate wasn’t faring well, and a shift in political fortunes was in the air.

The President continued: “Foreign affairs, huh? You foreign affairs people should have less of receptions and cocktails, and concentrate on substantive diplomacy. And why is the schedule of my visits to London and to Washington DC all over the newspapers? Did YOU LEAK IT to the press?!”

“No, sir. I did not talk to Palace reporters about this.”

Fidel V. Ramos, the Philippine president who met the world “There are only two people who know about these visits – me and Lozada.”

“Sir, I am sure Secretary Siazon knows about it too.”

“Nobody should be doing this. It is undermining my administration! London is one thing, but the trip to Washington is very important. Do you know the issues we have with Washington?”

Feeling like a student being grilled by a law professor, I replied, “I’m familiar, sir. I have seen the traffic of communications and memos.”

Vigorously tapping a television remote control on the desk, Ramos ticked them one by one: “We have the VFA negotiations, GSP renewal, Intellectual Property Rights, pork entry, Balangiga Bells…where is Lozada?”

“Sir, he’s in Taipei for a MECO meeting. He’ll be back in two days.”

“Okay, I’m APPOINTING YOU AMBASSADOR FOR TWO DAYS, and you tell Secretary Siazon exactly what I’m telling you. You should be grateful that you are working here in Malacañan. This is the best possible school you can ever be in. This is where you learn political sense. Do you know why Ramon Montano (Chief, Philippine National Police, 1988-1991), Alex Aguirre (Executive Secretary), and others are good? They are competent because I trained them this way!

“Maybe 10 or 15 years from now, you will recall na tama pala yong matanda, ngunit mabagsik lang,” he added in rather fatherly tone.

Glancing at Major Renoir Pascua and another military aide, he bellowed, “Where is Siazon? Call Siazon!”

Within minutes, Foreign Affairs Secretary Domingo L. Siazon Jr., who was attending a function at the Main Conference Room, rushed in. “Jun, I’m bawling out this young man here. But I’d like to ask you also. Why is my schedule to London and Washington all over the papers? Did YOU LEAK them?!”

“No, sir. I thought your people here tipped off some reporters about it as a trial balloon,” replied Siazon.

“How could you possibly question the integrity of my people? They all have worked with me for a long time.”

Ramos stood up and left in a huff for his next engagement.

Siazon and I looked at each other quite bewildered.

Later in the afternoon, a formal tea ceremony was conducted for the President by Soshitsu Sen IV, Grand Master of the Japanese Urasenke tradition.

At the end of the 30-minute, rather calming, ceremony, he passed by on the way out.

“Everything okay?” Ramos asked me.

J. Eduardo Malaya has been with the Department of Foreign Affairs for over three decades. He currently serves as the Philippine Ambassador to The Hague.