Facebook Twitter Copy URL
Copied
'There is no ideal time to lose a war. Defeat inevitably involves costs and consequences.'

Costly in terms of time (20 years), treasure ($2 trillion+) and blood (exceeding 2,400 American casualties, 66,000 Afghan casualties, and 47,000 civilians). Costly, because redundant; the lessons have been repeatedly offered throughout history, and not from such a distance as to fall beyond the living memory of people in power.

People still remember John F. Kennedy’s pledge in his inaugural address in 1961: “Let every nation know, whether it wishes us well or ill, that we shall pay any price, bear any burden, meet any hardship, support any friend, oppose any foe to assure the survival and the success of liberty.” Sixty years later, Joseph Biden declined to pick up the running bill for Afghanistan: “I cannot and will not ask our troops to fight on endlessly in another country’s civil war…. This is not in our national security interest.”

The stark contrast in the words and the sentiment of the two messages makes it easy to discount the value of American commitments. This would ignore historical  context and reduce the reference to a rhetorical debating trick. Like Biden’s decision, Kennedy’s willingness to meet the price, burden and hardships needed to support a friend or oppose a foe assumed that the national interest demanded these commitments.

Afghanistan recalls a fundamental lesson: leaders will base their actions on their assessment of what best serves national interests. Kennedy did not need to spell out these interests in detail. The world was in the grip of a Cold War, bearable because the likely alternative was the mutually assured destruction of the principal protagonists, and much of the world as collateral damage, in a nuclear catastrophe. No one then could consider as preordained an outcome favorable to the United States.

This is not to assume that leaders will always correctly define their national interests or effectively implement the measures needed to achieve them.  Withdrawal from Afghanistan enjoyed public, bipartisan support. But the scenes of desperation in Kabul airport and the dismay and anger it triggered among Americans who served in the country and their families ensure that the ongoing debate on the costs and benefits of total US withdrawal from the war will endure for many years to come. Afghanistan offers another example of a second lesson routinely taught in war colleges and business schools. Superiority in technology and abundant resources do not guarantee success. Morals and morale, the animating values and the motivation they inspire, can trump material advantages, especially if the resources do not reach the intended recipients. Ashok Swain, professor of peace and conflict research at Uppsala University, noted the increase in Western aid to Afghanistan from $1.3B in 2002 to 7.9B in 2018, but also the increase in the poverty incidence from 34% in 2007 to 59% in 2017.

Pressed to explain how the Afghan military forces, nurtured for 20 years, could have dissolved in 11 days, former chair of the Joint Chief of Staff Mike Mullen admitted: “We underestimated the impact of corruption.” In the end, faced by a ruthless enemy, the Afghan military and the population decided that the government and its leaders were not worth fighting and dying for.

There is no ideal time to lose a war. Defeat inevitably involves costs and consequences. How much and for how long are not yet clear. Sadly, the main victims will be the Afghan people. But the United States will not escape with its competence and credibility unscathed. How badly is also still not clear. Much will depend on American resolve — and the degree of its success — to rescue not just the Americans remaining in Afghanistan, but also the thousands of Afghan citizens who risked their lives  by serving under the US flag. They and their extended families are now in mortal danger because they collaborated with the US. They had relied on American promises of refuge  in the US, should the Talibans regain power.

The failure to anticipate the speed of the Taliban take-over and the abject absence of contingency planning have made redeeming this pledge and American honor a more formidable task. From the optics, the fall of Kabul appeared worse than the fall of Saigon. The US military still controlled the airport, but Defense Secretary Lloyd Austin admitted that the military did not have the capability to maintain a safe corridor for people trying to reach it. 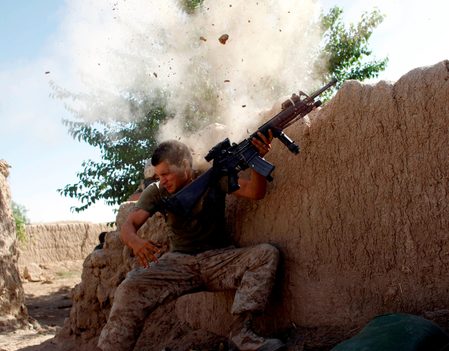 It was not clear whether the Taliban checkpoints and units roaming Kabul had sufficient authority or interest to guarantee safe passage for those seeking to leave the country. The communist forces that captured Saigon constituted a more disciplined force, unburdened by tribal, ethnic enmities. Although divided by ideology, the contending soldiers of North and South Vietnam were Vietnamese. The South Vietnamese Vietcong fought with the North but still cared for their families in the South.

The US followed a different model in fighting the Afghan War than it did in Vietnam. Abandoning a mandatory draft, it limited the commitment of ground soldiers, relying instead on a volunteer army supported by technology. But its misplaced confidence in the capacity of the Afghan government suggested that it had forgotten a third lesson Vietnam had provided. In an environment even more  fraught and forbidding than Vietnam, it had committed to building a more inclusive, democratic political system. Democracy was a daunting hard-sell in a society organized according to principles privileging other values, such as clan connections, ethnic identity, religious affiliation.

In the end, sustaining a democracy will always be a continuing work-in-progress that must be undertaken from the ground up. The task cannot be delegated, commissioned, sub-contracted from the top. That said, the project needs government leaders who understand the process and are committed to its success. – Rappler.com