Facebook Twitter Copy URL
Copied
'Sorry, Prof. Winnie, but I disagree with your position. We should not rehabilitate the Bataan Nuclear Power Plant.'

(Disclaimer: The views, thoughts, and opinions expressed in this commentary belong solely to the author, and not to any organization that the author is affiliated with.)

Among the different energy sources on Earth, nuclear energy is the most controversial. This reputation is the result of different nuclear accidents that transpired in the past – the Three Mile Island accident (1979), Chernobyl disaster (1986), and Fukushima Daiichi disaster (2011). Despite these horrific events, several countries tap nuclear energy primarily for electricity and consider it as a critical component of a net-zero emissions future. Still, safety is the major issue of today’s society for this energy source.

A few weeks ago, Prof. Winnie Monsod penned an opinion piece about the rehabilitation of Bataan Nuclear Power Plant (BNPP). The esteemed professor of economics opined in her article that, considering the benefits that the country could gain, it is due time that the government rehabilitate and switch on the BNPP, tutal bayad na rin naman. Prof. Winnie highlighted key details about nuclear energy which led to her stand on the matter. Here are some of the details that I’d like to focus on:

Sorry, Prof. Winnie, but I disagree with your position. We should not rehabilitate the Bataan Nuclear Power Plant. Let me justify my position and clarify some points about nuclear energy.

First, the survey cited in EO 164 shows that some Filipinos are becoming less averse to nuclear energy. However, a 2018 Pulse Asia survey showed that 9 out of 10 Filipinos prefer more renewable energy sources to be used for our electricity. This 2018 survey reveals that more Filipinos want renewables in the country’s energy mix, as it should be. Figure 1 shows that fossil fuels comprise more than half of the country’s energy supply since 1994. Therefore, vox populi was disregarded, and so was a 2015 circular by the Department of Energy prescribing a 30% minimum share of renewables in the total power generating capacity of the country.

Second, according to a 2019 assessment by a South Korean firm, the BNPP is still in a good condition but some of its components require replacements. The overall rehabilitation of the facility could cost around $1 billion (₱52 billion) and could take four to five years to accomplish. Despite the positive assessment, rehabilitating BNPP cannot immediately proceed because the government cannot own a power generation facility such as a nuclear power plant. Section 6 of the two-decade-old RA No. 9136 (Electric Power Industry Reform Act) privatizes the generation sector of the country. For the rehabilitation plans to run smoothly, amendments to EPIRA must be worked out before anything else. Third, one of the best ways to compare the cost of electricity from different energy sources is through their levelized costs of electricity (LCOE). LCOE is the estimated cost per generated energy throughout a power plant’s lifetime. According to the International Energy Agency (IEA), while it is true that the LCOE of nuclear is cheaper than that of coal, the LCOE of renewables such as solar, onshore wind, and run-of-river hydro are cheaper than that of nuclear.

Fourth, the term “carbon emissions” in this aspect must be clarified to avoid confusion. Electricity generation from solar and nuclear energy sources do not emit any greenhouse gases, but other processes involved in such generation (e.g. raw material extraction, construction of power plant) do. These cumulative emissions are called life cycle greenhouse gas emissions and are usually expressed in terms of g CO2eq per kWh of electricity generated. Harmonized data presented in Figure 3 show that although nuclear energy has a lower median life cycle GHG emissions, it is still greater than that of wind energy.

Finally, the safety of a power plant is a broad term but an important factor to consider. Safety could mean that of the workers (death rate) and the residents living within the facility’s proximity (health impacts). The death rate of both solar, wind, and hydropower per TWh of electricity generated is lower than that of nuclear energy. On the other hand, the health impact of nuclear energy should not be limited to its contribution to air pollution, which is almost negligible, but also the impact of nuclear waste and its disposal. The Lancet Journal article mentioned (although improperly cited) in Prof. Winnie’s opinion piece is most likely by Markandaya and Wilkinson (2007) which only included a health impact assessment of coal, oil, natural gas, nuclear, and biomass. Other renewables such as solar and wind were not included although the authors recognized that the health impacts of these sources could be small and indirectly due to electricity generation. 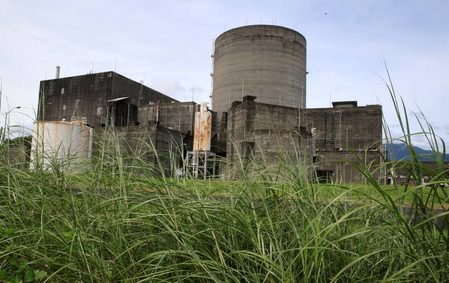 Strictly speaking, the number of barriers faced by nuclear energy development in the country is enough reason to abandon any rehabilitation plans for BNPP nor the immediate adoption of nuclear energy in the energy mix. More studies about the viability of nuclear energy in the country must be conducted, something that is clearly recognized in EO 164. It is in this aspect that renewables outperform nuclear energy. Enough policies to pursue renewable energy development in the country (primarily R.A. No. 9513 or the Renewable Energy Act) are already in effect. Unlike nuclear, renewable energy resources are domestically available which could increase the country’s energy self-sufficiency and reduce susceptibility to global energy market shocks. The current state of renewables in the country is still far from perfect, but it is improving. Maybe, just maybe, the government should focus on this matter instead of bringing the dead back to life?

Perhaps the best way to end this piece is to answer the last question in Prof. Winnie’s article: What are we waiting for?

We are waiting for the day when our country will not anymore import nor be dependent on dirty fossil fuels; the day when our countrymen will not suffer from high electricity rates, frequent power failures, and worry about the health impacts of pollution from fossil-fired power plants. Nuclear energy may provide answers for these worries, but it certainly is not the best option. Rehab BNPP? Why not try “RIP, BNPP?” – VDP

Vince Davidson J. Pacañot is currently a graduate student at the University of the Philippines Diliman. He is studying the environmental impacts of energy systems and ways to decarbonize these systems.