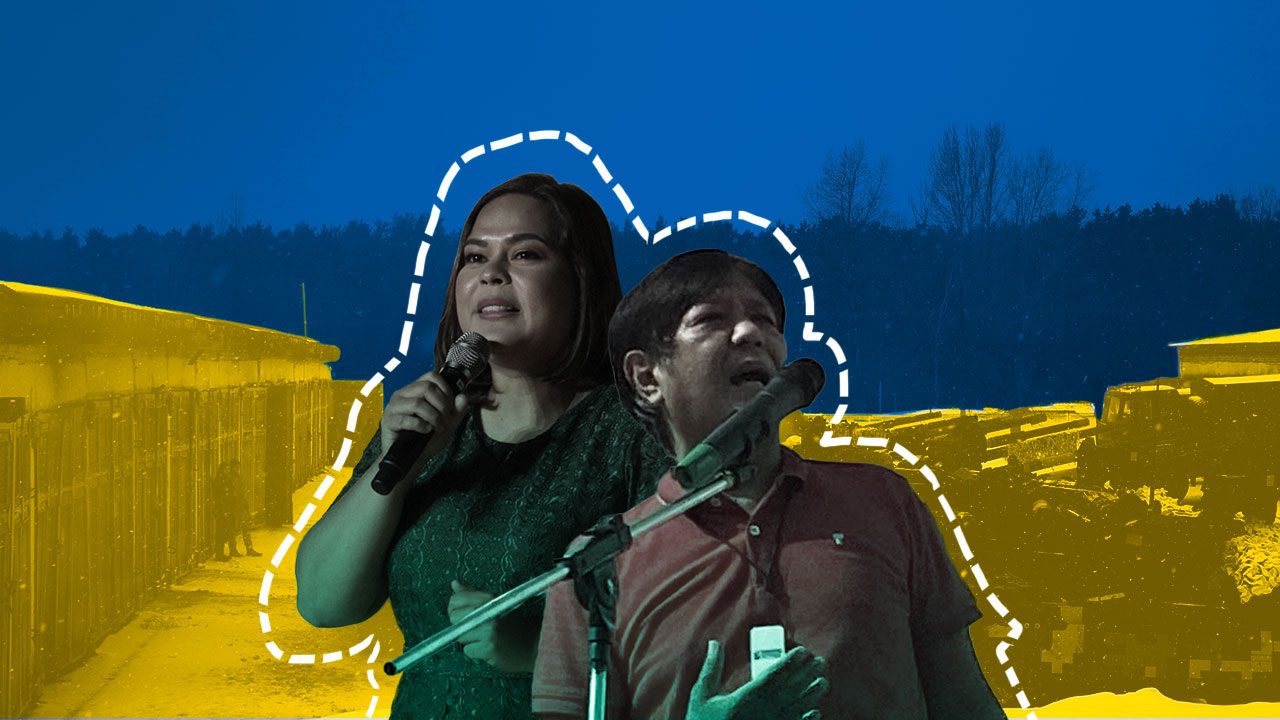 Facebook Twitter Copy URL
Copied
'Can we expect Marcos Jr./Sara Duterte to deviate from the Duterte orientation towards Russia and China?'

Three weeks ago, much of the world outside Europe might have found it difficult to locate Ukraine on the map.  This suited Putin, who is peddling the lie that today’s Ukraine, an independent nation-state for some 30 years, is really a part of Russia.  Putin sought to validate this lie by invading Ukraine on February 24, apparently expecting that, in short order, the population would rain flowers on Russian tanks, the government would flee or resign, and Russia could then swallow up the territory as part of the Russian Federation or install a puppet Ukrainian government.

The Marcos Jr./Sara Duterte presidential team tried to evade the issue of the war, even after it was clear that the Ukrainian people were throwing, not flowers, but Molotov bombs on the invaders and that President Volodymir Zelensky would not capitulate or flee the fight.  Media reported on March 1 their immediate and instinctive response. Marcos Jr. declared that the Philippine government should not take a stand on the Russia-Ukraine war because “’we are not involved, except for our nationals.’” Duterte-Carpio supported her principal, adding that the Philippines must only take a stand if our “interest is at risk.” Neither trapo indicated where the country’s “interest” might lie, beyond the valid concern for the estimated 300 Filipinos who declined to leave Ukraine.

But it seems they have bought into the false Putin premises on Ukraine that served as the pretext for the invasion.  Traditional and social media platforms supporting their campaign have been propagating Putin’s false narratives on the war.  Research conducted by Dr. Jonathan Ong at the Harvard Kennedy School has shown such accounts, half posted by real people and half by trolls, disseminating fake news on the Russian attack against Ukraine.

Rappler Talk: Who are the architects of disinformation in PH? The presumed objectives of the effort: 1) endorse Putin’s justification of the attack against Ukraine; 2) underline Duterte’s close relationship with Putin and the benefits of Russian friendship; 3) project Leni’s support for Ukraine as a sign of her subservience to the United States.  Russia has been caught tampering with American elections. Perhaps, there was also the fond hope that Russia might lend its cyber expertise and trolls to the Marcos/Duterte team in influencing our May presidential elections.

Putin would surely want to add more heads of states on his side and would welcome seeing Marcos Jr./Sara Duterte in Malacañang Palace. Russia was alone in voting against the resolution tabled at the Security Council on February 25 to censure and end its invasion of Ukraine.  China, India, and the United Arab Emirates abstained; 11 members supported the resolution.

Russia’s lack of friends was more obvious in the subsequent, rare emergency session of the UN General Assembly on February 28.  The UNGA passed a resolution demanding that Russia “immediately, completely, and unconditionally withdraw all of its military forces from the territory of Ukraine within its internationally recognized borders.”  Sponsored by more than 90 member states, the resolution obtained 141 affirmative, against five negative, votes and 35 abstentions.  The Philippines voted for the resolution.

Foreign policy issues have rarely figured as the dominant, decisive factor in Philippine presidential elections, excepting those that mainly concerned the country’s bilateral relations with the United States. The emergence of a more inter-connected globalized world has made international relations increasingly more crucial to the country,  as demonstrated by the complexities we have already experienced dealing with the protection of OFWs, the responses to pandemic threats and vaccine procurement, and the management of geopolitical challenges in the South China Sea — three distinct areas of concern which relate to each other. The country’s recovery from the economic and political consequences of pandemic shocks will require the help of foreign friends.  Duterte has boasted about his strong links with his populist, authoritarian friends with whom he shared a Time magazine cover: Putin, his favorite hero, and Xi Jinping, whom he says he really loves. Duterte had declared in 2016 that he would be the first to join Putin and Xi, should they establish the structure for a “new world order.”   Notwithstanding the Philippine vote on the UNGA resolution, can we expect Marcos Jr./Sara Duterte to deviate from the Duterte orientation towards Russia and China, whose support he may need on the International Criminal Court’s investigation of his possible crimes against humanity?

The Marcos Jr./Sara Duterte media platforms have done the public a great service in demonstrating their candidates’ partiality to Putin and underlining the clear contrast with Leni Robredo’s position on the Ukraine issue.  Leni has undeniably placed herself and her campaign behind the countries which condemned the Russian attack on Ukraine as a blatant violation of the UN Charter, which, if not resisted, endangered not only a Great Power like the United States, but, even more seriously, the security and sovereignty of smaller nations.

Leni has joined the company, among many others, of the United States, the European Union, 14 Asia-Pacific countries (including Australia, Japan, and South Korea), and eight of the ASEAN 10. With the exception of Bolivia, Cuba, El Salvador, and Nicaragua, Latin American governments belong to this group. Marcos Jr./Sara Duterte have joined a tighter, more cozy club, which probably hosts the fewest number of OFWs.  Apart from Russia and Belarus, which is a party to the war, only Eritrea, Syria, and North Korea rejected the UNGA resolution.  Russia could not even get the vote of China, which decided to abstain on the issue.  Those who could not vote against the resolution, like China, abstained or did not participate in the voting at all.

As should be the case, Filipino voters will make the decision in May on which to leader to follow: Leni/Pangilinan joining the US and the majority of UN member states, or Marcos Jr./Sara Duterte pivoting to Russia and its strongest defenders in our neighborhood, North Korea and China. – Rappler.com