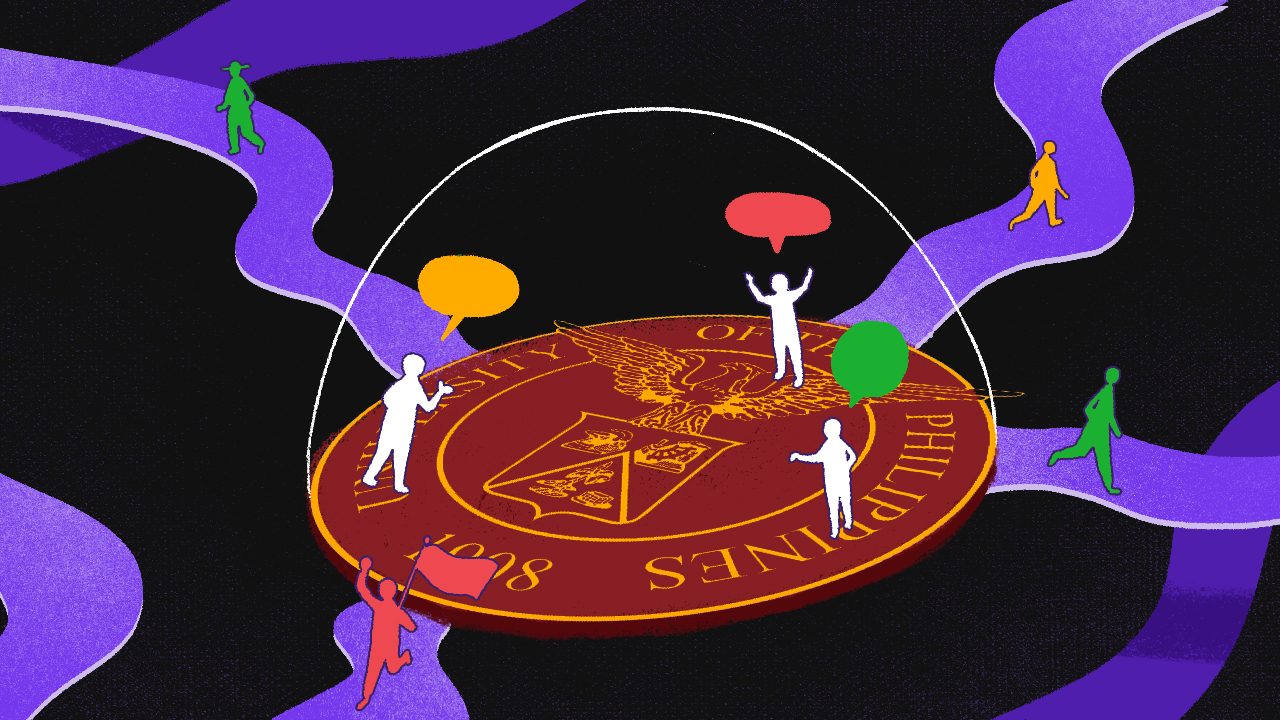 If there is ever one indication of how much a government has sunk more deeply into its authoritarian muck, it is when its military claims that its jurisdiction extends to educational institutions. Such a move is obscenely bizarre in two ways.

On the one hand, you have this agency of the state that is conferred the legitimate right to kill people on the grounds that they are, or could be, threats to the state’s well-being. It is a machine where one’s personality is erased through rigorous brutal training, and the individual is transformed into a cog of a caste-like machine. Generals argue that the machine can kill people efficiently if its service members accept that their lives are completely subordinated to the machine. Hence, as Benedict Anderson put it in a politics class, what is peculiar about the military is that a name and rank are minor accoutrements to the main identifying tag: the uniform.

Democracy is anathema to the military, and those who question or defy orders are promptly locked up or executed in defense of the nation.

Schools, on the other hand, operate under different assumptions. Like the military educational institutions, especially the public ones, they were established to serve the nation. Unlike the machine, however, they do this by training students on the various disciplines through critical, analytical thinking. Schools thrive because they are markets of ideas and promoters of intellectual anarchy. Every skill, every argument, even every public ritual, is studied and promptly questioned and critiqued. Ideologies may clash with each other in the academe, with protagonists generally adhering to a habit that Karl Marx also doted on. When asked by his daughter his favorite motto, he wrote: De omnibus dubitandum (Doubt everything).

Thus, governments may hate some of the ideas and professions coming out of schools, and history is replete with attempts by regimes to browbeat their schools to silence and faint-heartedness.

Still, the wiser of state leaders also recognize schools’ value as a critic that, as it were, keeps them on their toes. They may try to control schools in various ways, but they often stop short of obliterating their academic freedom. These leaders acknowledge that this sole rampart is what allows students and faculty to advance learning without fear of retribution.

When the Americans set up the University of the Philippines in 1908, its purpose was to train the top high school graduates in preparation for them to take over governing the colony’s public and private sectors

Teodoro Agoncillo, the country’s foremost historian, called UP “the country’s greatest institution of higher learning” that had “awakened nationalism from its deep slumber, a university that made academic freedom a sacred ideal, a university where high morality, academic competence, unity in diversity, and commitment to the welfare of the country and the people.” Jorge Vargas, Quezon’s executive secretary referred to UP as “some island of home-raising leadership” and “the most effective agent in the…Filipinization movement…and ultimately in the construction of a complete real self-government.”

That aim remains true even today. The top high school students from all parts of the country take and pass the UP College Admissions Test and, once accepted, are provided what the State University’s charter calls the “advanced instruction in literature, philosophy, the sciences, and arts and to give professional and technical training to every qualified student irrespective of age, sex, nationality, religious belief, or political affiliation.”

UP’s aim has always been clear-cut: to instill in every UP graduate that messianism that. without them, the nation will fail (the expectations on Ateneo graduates are less exacting – become the Ignatian “valiant knights” of Mother Mary). The UP alma mater song ends with “Mabuhay ang pag-asa ng bayan,” a line that you cannot find in the anthems other schools.

How else to explain the shared arrogance of Juan Ponce Enrile and Lean Alejandro?

But it is precisely because of UP’s intellectual anarchy and defense of its academics that it can produce the Marcosian Enrile and the Marxist Alejandro. Both represented ideologies that were antagonistic to each other. In the political arena, they faced each other with the dexterity and strategic acuity that bore their learning marks.

Enrile hated “the reds” but also admired how much UP had been a good teacher to these radicals as well. Lean once expressed to me his admiration of the defense minister’s Machiavellian guile, calling him a “worthy opponent.” It came as no surprise to many of us that while arresting activists, Enrile often went out of his way to assure his alma mater that he would, to the extent possible, respect its autonomy and its academic freedom. He disliked UP’s radicals, but he also was proud of their intelligence and passion – values that he, as a reactionary, learned from UP.

But Delfin Lorenzana is not an Enrile, and he is a product of the school that provides human fodder to the military machine. His boss, an increasingly mentally-challenged president, has this mistaken idea that UP is a haven of the elite when promdis like him still comprise the majority of the student population. Misplaced prejudice, born out of insecurity, goes well with being a cyborg-ian subordinate. And the result is this attack on the country’s premier institution of higher learning, the very institution that has – among others – produced the technocrats and the professionals that Duterte will have to rely on to keep the country afloat. – Rappler.com

Patricio N. Abinales entered UP in 1972.