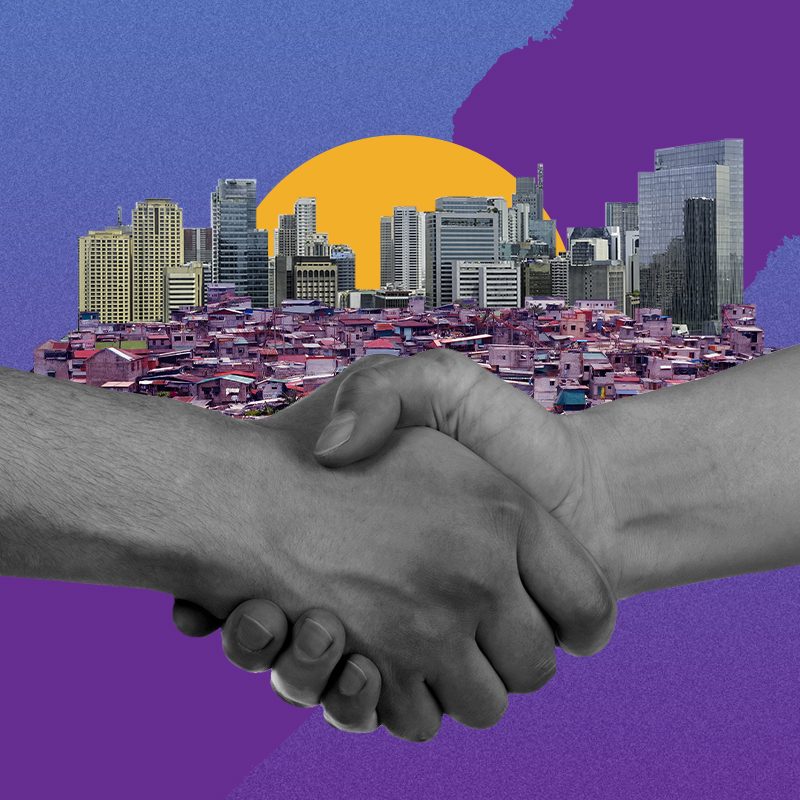 Facebook Twitter Copy URL
Copied
'I’d like to believe that the opposition does not intend to be elitist. But elitism, as a result of groupthink, is too often unintentional.'

There’s a growing sentiment that any form of opposition is now welcome.

The reason is clear: The opposition has been effectively decimated.

Five years into Duterte’s presidency, the opposition is either yellow or red. Either way, the opposition — whoever it might comprise — has no credibility in the eyes of this administration and its most ardent supporters.

For Winnie Monsod, it’s a sign that “there’s light at the end of the tunnel.”

Now we are beginning to see the rise of a viable opposition. But will it work?

With only one year left to his presidency, Duterte is sticking to his guns (pun intended). In every speech, he resorts to exactly the same elements, beginning with the problem at hand but deflecting its significance by going off script to turn to his enemies. Depending on his mood, the enemy is either drugs or corruption.

On other occasions, he makes fun of women. Take your pick: Leni, Leila, or rape victims.

While his unpredictability catapulted him to fame in 2015, there’s nothing unpredictable about Duterte anymore. In fact, he has become banal, the very mark of his leadership.

The trouble with the political opposition, however, is that they repeatedly fall for his crassness. They keep saying they wish to bring back “disente” to politics. During the launch of 1Sambayan last week, del Rosario noted that Filipinos “ought to…restore decency in the public sphere.”

Obviously, this message did not work in 2016, and we have no reason to believe that it will in 2022 in favor of the opposition.

What is ironic is that it was precisely this message of decency that made the public turn to Duterte. Wataru Kusaka’s ethnographic work in communities shows that many Filipinos are in fact trying to be “good citizens” — independent and hardworking. They are, in effect, already trying to lead decent lives. When they turned to Duterte in 2016, it was because they wanted someone to protect them from all the social evils that endangered their disciplined existence.

In this light, the “disente” discourse deployed by the Liberal Party then and being replicated now is not only elitist, it is also out of touch with the realities of ordinary people around the country.

New anti-Duterte coalition: ‘Unless we are united, we cannot win in 2022’ I’d like to believe that the opposition does not intend to be elitist. But elitism, as a result of groupthink, is too often unintentional.

For the emerging opposition, a potent antidote is by going outside their comfort zones into the very communities they wish to transform. This is perhaps what Teddy Casiño means when he asserts that “entering into such a broad coalition requires going beyond one’s comfort zones…in order to work together” and “capture the imagination of the country’s voters.”

And the opportunity is there. When one visits communities around the country, one realizes that the tide has begun turning.

A recent survey by the ASEAN Studies Center shows, for example, that 53.7% of Filipino respondents “disapproved” of the government’s response to COVID-19. 72.2% believed that the government must instead listen to more scientists and medical practitioners.

And yet all our officials did was impose more lockdowns. Moreover, instead of making sure that medical facilities are well equipped and have enough manpower, the Secretary of Health has been posing for the cameras. Harry Roque, a former professor, must be embarrassed to have given the administration an “excellent” mark.

These people underestimate the Filipino public.

[OPINION] Let us give 1Sambayan a chance It is in this other sense that I would like to suggest that the opposition is rising. Many Filipinos might still trust the President, but we cannot deny too their growing dissatisfaction with how the administration has been handling the pandemic.

Too often, journalists and commentators like myself are preoccupied with political parties and figures. But the success of these entities lies in whether they resonate with the rising tide of frustration among Filipinos.

In 2022, our people will still be reeling from the impact of the pandemic. Schools have to open, small businesses have to restart, and the jobless will still have to make ends meet. Those who lost their loved ones will still be grieving.

Meanwhile, in the run-up to the next presidential elections, politicians — trapos many of them — are less concerned about their constituents than they are about winning.

We have a lesson to learn from Durterte. He won with a convincing vision of safety and security. The irony is that at the end of his presidency, Filipinos still desire both. Can the emerging opposition offer something far more compelling?

The answer lies in being right there in the suffering of our people. – Rappler.com

Jayeel Cornelio, PhD is Associate Professor and Director of the Development Studies Program at the Ateneo de Manila University. He is a 2017 Outstanding Young Scientist of the National Academy of Science and Technology. Follow him on Twitter: @jayeel_cornelio.