[OPINION] What ‘One Piece’ teaches us about environmental justice 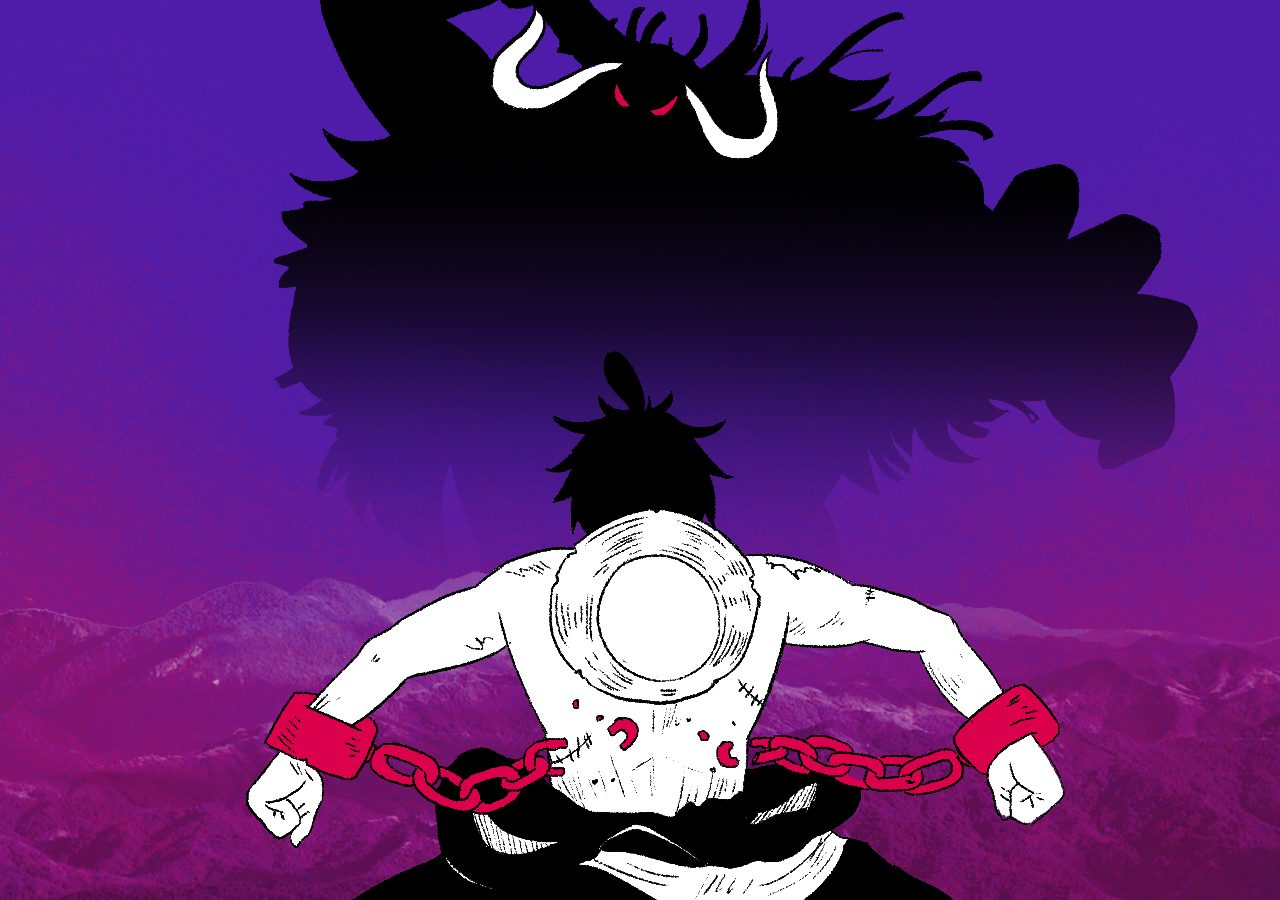 The hit manga One Piece recently celebrated its 25th anniversary. The series tells the story of a rubber boy named Luffy who dreams of becoming the King of the Pirates. To fulfill this dream, he gathers a ragtag crew (the Strawhat pirates), befriends misfits, and punches out despots on an island-hopping journey to find the One Piece – a treasure which makes whoever finds it the King of the Pirates.

Over the years, fans have followed this epic, making it the all-time best-selling comic book written by a single author. The Strawhats recently concluded their adventures in the land of Wano – an island ruled by a despotic noble with the backing of Kaido, a pirate known as the “strongest creature in the world.”

Apart from a swashbuckling martial arts adventure, the island’s story is also a primer on environmental justice.

Hoping to live on scraps: Wano and environmental justice

We are introduced to the land of Wano through our protagonist, Luffy. He saves a child named Tama from pirates and is rewarded with a meager serving of rice and pickles. When he asks for seconds, the child tells him that there is no more. It turns out, Tama has not eaten for several days and the rice she offered in gratitude was her birthday treat. Moreover, to appease her hunger, she drank water from a nearby river that was heavily polluted from a weapons factory. As a result, Tama gets sick, propelling Luffy on a journey to find a doctor. Luffy learns that the rulers of Wano operate mines and weapons factories which emit pollutants into the soil and freshwater. The pollutants also seep into the flesh of animals, making them poisonous. As a consequence, the people of Wano are unable to hunt, fish, or cultivate crops, limiting their livelihood options. Many work for slave wages in the mines and weapons factories where, it is implied, conditions are brutal and workers often die. Begging and prostitution are also rampant.

Benefiting from this misery are Wano’s elites – a cowardly shogun, his vassals and hangers-on, and a group of superhuman pirates who live lavishly by selling weapons and minerals to the planet’s World Government. They are largely insulated from the consequences of pollution since they have monopolized clean water, produce, and livestock in a special farm. Whatever food they do not consume are literally thrown to the commoners. The practice is so prevalent that areas adjacent to towns inhabited by the country’s elite are called okobore or leftovers. The commoners quite literally live off the scraps discarded by government officials, property-owners, samurai, and mercenaries.

The most tragic aspect of Wano is the citizens’ resignation to their plight. Dissent has been snuffed out due to the brutality of the shogun and the pirates that support him. In one scene, Luffy gets detained in a labor camp and creates enough chaos to destroy the camp’s walls, giving prisoners a chance to escape. Despite outnumbering their captors, the prisoners did not believe they could simply run away. Fear takes over, and they decide to help apprehend their would-be liberator, Luffy.

In Wano country, then, the benefits of environmental degradation fall squarely on the laps of the rich and powerful, while the costs fall on the shoulders of ordinary citizens. Pollution from mines and weapons factories have made land and food scarce. The inhabitants have few options outside of working for or begging from the country’s elites. Since the commoners are desperate, hungry, and beaten into submission, labor is cheap. Meanwhile, government officials, pirate mercenaries, and various hangers-on reap the benefits of pollution – money from the sale of arms and minerals. This description perfectly encapsulates the problem of environmental justice – some groups prosper from destroying the environment while others must endure its consequences. This stratification is enforced by violence and the resulting depravation from environmental destruction. Land is our life: Wano in our world

The story of Wano has a real-world analogue in the plight of the Lumad. Several Lumad tribes have been driven from their lands by mines and plantations. The process of starting up a mine or plantation can be ecologically disruptive. Land has to be cleared, hills or tunnels need to be dug up, and water has to be redirected for irrigation or transporting waste. Thus, plantations and mines make land and resources scarce for the Lumad. With dwindling resources, they cannot make a living from farming or hunting. Some are then forced into begging or working in plantations where they may fall prey to abuse.

Readers may quip, “Isn’t it better to earn wages in plantations than make a living farming and hunting in forests?” Not necessarily. Think back to One Piece. If the people of Wano had clean rivers and forests, they could farm, fish, and hunt. They would not need to work for slave wages or beg. The elites would have to pay commoners more than the value of fishing, farming, or hunting to get them to work in mines and weapons factories. Similarly, plantation owners would have to pay better wages if the Lumad had land and alternative sources of livelihood.

While the Lumad have tried to resist encroachment on their land, the military and public officials threaten them with red-tagging, vilification, and school closures. Here, we have a people who are deprived of land and forestry by entities that profit off environmental degradation while enduring threats from a more powerful military force. This is the beginning of a One Piece arc. 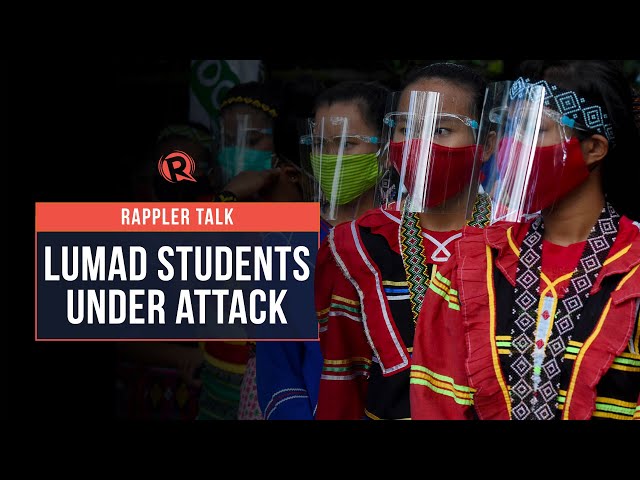 The fictional land of Wano and the plight of the Lumad show that the environmental problem has economic and political dimensions. Those that profit from the destruction of land and forests also benefit from the desperation of those that bear the cost of environmental degradation. The former tend to be the wealthy and powerful, and the latter are the poor and marginalized.

Unfortunately, the similarities to Wano end with this description. There is no one bad guy whose defeat in combat would unravel the system. These problems need to be addressed through laws and institutions that secure communal property rights, and ensure industries are held accountable for environmental destruction. Instead of swordsmen and martial artists dueling pirates, the Lumad need lawyers and activists pressuring legislators and bureaucrats.

Luckily, there are several organizations in the Philippines that work with Lumad, farmworkers, and other marginalized sectors. These organizations need the support of students, teachers, and writers to keep environmental justice in the minds of lawmakers and department secretaries through marches, teach-ins, and protests. Citizens and voters need to insist on human rights and environmental protection amid red-tagging, vilification, and state violence.

That is a quest any of us can be a part of. We can all be nakama! – Rappler.com