Facebook Twitter Copy URL
Copied
'Despite the World Bank’s 2013 pledge to stop funding coal, IFC lending via commercial banks and other financial intermediaries continues to allow backdoor support for coal projects like those in Bataan'

It has been six years since Gloria Capitan, environmental defender and leader of the Coal-Free Bataan Movement was brutally murdered – targeted for standing up against the powerful coal industry. Recently, I visited Bataan, and met with members of the movement who continue their struggle despite the dangers inherent in the work. In recent years, they have ramped up opposition to the construction or expansion of coal-fired power plants in their community. For local activists, this is more than an environmental issue; it is a matter of justice. Many people, mostly children, already suffer health impacts from the existing coal plants and coal stockpiles, and the community rightfully finds it unacceptable that decisions about expansion are being made between powerful institutions, devoid of any meaningful public participation, inconsiderate of the harm done to people and the environment, and heedless to the voices against these projects. As the climate crisis worsens, they also know that the generations-long struggle against coal and other dirty energy in Bataan and in the Philippines has never been more important. They are determined that Ka Gloria’s sacrifice will not be in vain. 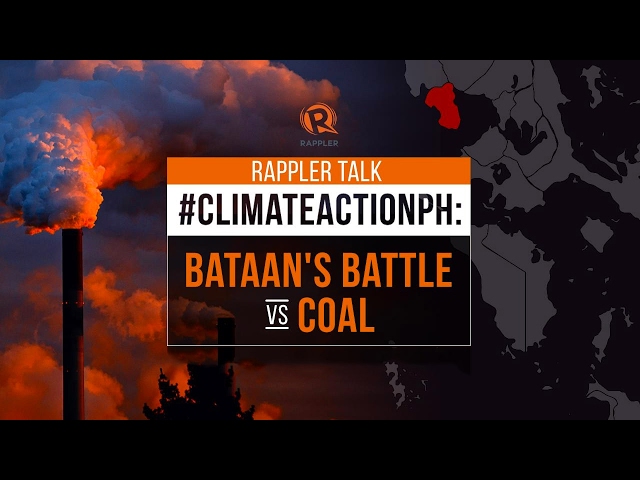 The recent results of the Philippines’ presidential elections come with a dark cloud on the community’s struggle. Many communities in the country that braved the Marcos dictatorship in the 1970s and 1980s are waking up to the reality that the Marcos family is back in power, and the very same underlying root causes of oligarch power, corruption, and patronage politics may very well be in resurgence. It was during the reign of the Marcos patriarch that the World Bank, through its acquiescence and market policies, created a sense of international legitimacy for the dictator, also resulting in a sustained debt buildup that eventually led to a severe economic crisis. Now, three decades hence, we face the threat of the climate crisis and despite the overwhelming imperative for climate action, the World Bank continues to be complicit in inaction.

The most recent report from the Intergovernmental Panel on Climate Change is unequivocal: the climate cannot handle any new fossil fuel projects. None. So it is disillusioning to see plans for new coal-fired power plants moving forward, especially in the Philippines, which is by some measures the country most vulnerable to the effects of climate change and has huge potential for renewable energy production.

Here’s something else shocking about the new plants in Bataan: the World Bank’s private lending arm, the International Finance Corporation (IFC), helped make them possible. A new investigation report from IFC’s internal watchdog confirmed IFC’s role – via investments in Rizal Commercial Banking Corporation (RCBC) – in the construction of at least 10 new coal-fired power plants in the Philippines, including two in Bataan. Once operational, these 10 plants will produce approximately 40 million tons of CO2 annually – an enormous amount, equivalent to roughly 30% of the Philippines’ annual emissions in 2019. 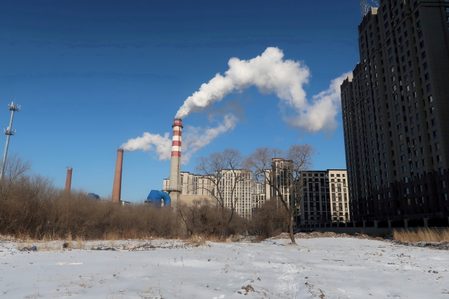 This is not an isolated case or oversight. IFC has for years been criticized for supporting coal and other fossil fuel expansion around the world – in particular, through its lending to financial intermediaries like RCBC. As a standard-setter in development finance, IFC could be spearheading the renewable energy transition we so badly need. Instead, it has looked the other way while its clients lock us into a new generation of dirty energy.

IFC must do what it can to remediate the direct impacts of these plants on the environment and on people living nearby, and take steps to reduce and offset their greenhouse gas emissions. It should also commit to investing in renewable energy alternatives – the only truly sustainable option for the Philippines, from both an environmental and economic perspective (there is no future in fossil fuels, whether we recognize it yet or not).

The implications of the investigation and IFC’s response could and should also extend beyond the Philippines and these specific projects. This is an opportunity for serious reflection and action to change the currently dismal trajectory of IFC’s overall impact on climate change. Despite the World Bank’s 2013 pledge to stop funding coal, IFC lending via commercial banks and other financial intermediaries continues to allow backdoor support for coal projects like those in Bataan. And despite commitments to align its lending with the Paris Agreement on Climate Change, it has not released concrete plans for doing so. Finally, as the IPCC’s latest report underscores, any institution proclaiming a leadership role in combating the climate crisis must rule out all funding for fossil fuels, period. It is astounding that the World Bank and IFC have yet to do so. Continued investment in coal and other fossil fuels is not development – it’s destruction. To pretend otherwise is an insult to the Philippines and to all vulnerable communities on the frontlines already feeling the impacts of climate change.

I have been a climate activist for a long time in the Philippines, one of the most dangerous countries for environmental defenders, and the civic space to express our sentiments continues to dramatically shrink. The triumph of dirty politics and the defeat of truth as we have seen in the recent elections also does not make it any easier. We already have our hands full without the added pressure of so-called “development” institutions pushing in the opposite direction. – Rappler.com

Yeb Saño is Executive Director of Greenpeace Southeast Asia and a member of the Philippine Movement for Climate Justice.