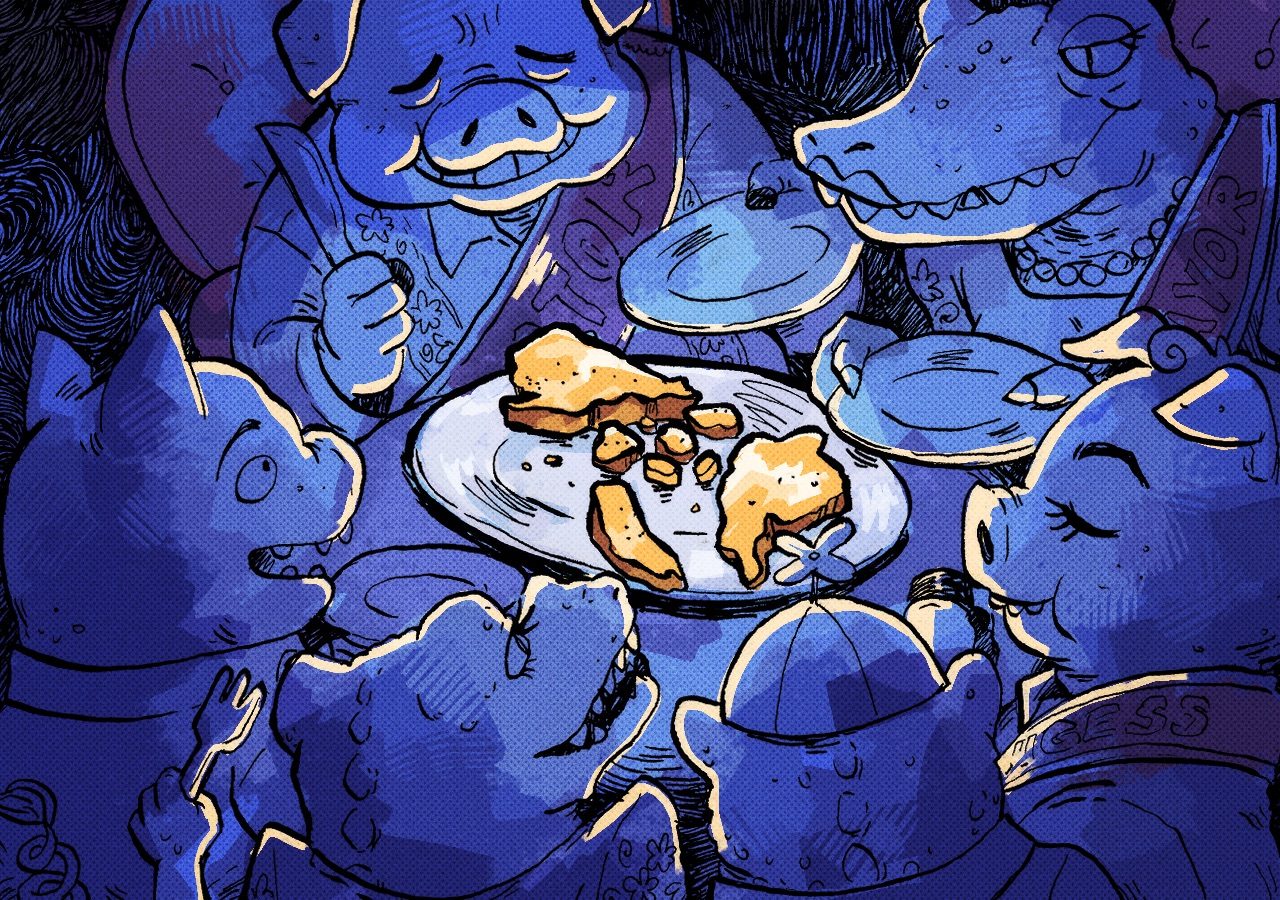 Democratic choice is an illusion in Philippine democracy, so observed the Harvard International Review on the “infamous” clan names we had recently elected into office. When both the president and the vice president come from entrenched political clans and we do not give a damn; when Congress is dominated by interlocking dynastic relationships and we do not give a damn – then the country is headed towards a democratic disaster (deep shit, as others prefer to say).

The roadmap to that disaster is easily seen from even just a cursory reading of the roster of names of who were elected to Congress.

The Marcos-Romualdez clan is by far the fattest dynasty in Congress not just in terms of numbers but by the powerful positions they hold. It presently counts five members, foremost among whom is the Speaker of the House Ferdinand Martin Romualdez, son of Imelda’s fair-haired brother Benjamin (Leyte governor who – without relinquishing that post – was appointed by dictator Marcos as ambassador to the US, China, and Saudi Arabia! Tell me if that isn’t infamous).

The Speaker’s wife is Yedda Marie Kittilsvedt Romualdez, former Binibining Pilipinas International, party-list representative of Tingog Sinirangan. She was elected to chair the powerful Appropriations Committee of the House. That means she has influence on the disposal of funds for the salaries, allowances, and benefits of all government personnel and all payments related to public indebtedness. So powerful is the committee that in the previous 18th Congress, the chairmanship went to Paolo Duterte’s friend Eric Yap. What makes it powerful? That is a rhetorical question, of course. 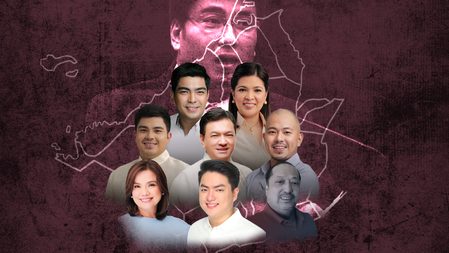 The Manila Standard newspaper, owned by the Marcos-Romualdez clan, once wrote a flattery of the Kittilsvedt-Romualdez couple’s love story. The family uses the media it owns to heap praises on themselves. It is a form of disinformation. Given the Philippine setting where “perception is real,” as Aunt Imelda said, that further fattens their dynasty.

Then there is presidential scion Sandro Marcos, neophyte first-termer but already elected by his peers as Senior Deputy Majority Leader. Also in Congress is Angelo Marcos Barba, son of the dictator’s youngest sister Baby Marcos Barba. Since Ilocos Norte has only two congressional districts, it means the Marcoses have complete hold on the province (more on stranglehold, really).

Barba’s second district was the same district represented before by his grandfather Mariano Marcos, the Japanese war collaborator executed by guerillas; then by his dictator uncle Ferdinand E. Marcos; then by his aunt Imelda R. Marcos; then by both his cousins Bongbong Marcos and Imee Marcos. It appears to be a choice seat for a family merry go-round. It is a ridiculous scenario if you come to think of it.

Of course the Marcos dynasty also includes one in the Senate, Imee. Her son Matthew Marcos Manotoc is Governor of Ilocos Norte. But that’s not all. Matthew’s vice governor is Cecilia Araneta Marcos, widow of the late Mariano Marcos II (Ilocos Norte provincial board member) who was the son of the dictator’s brother Pacifico. Can you imagine voting for a Marcos-Marcos team without squirming in your seat at such immorality?

There are two Cojuangcos in the House, from the family of Danding – “a rock in my life,” said Bongbong Marcos of the late Marcos crony, who joined the dictator’s family in the flight to the United States on February 25, 1986. Jaime Cojuangco is the son of the late Charlie, Negros Occidental fourth district representative from 1998 to 2007. Jaime represents Tarlac’s first district. The Danding Cojuangco power is peripatetic to spread to three provinces. His other son Mark used to be Pangasinan’s fifth district representative from 2001 to 2010. He is back today but for another district, Pangasinan’s second district. How these traditional politicians change districts despite the residency requirement speaks much of their power for hocus-pocus. He was author of House Bill 04631, which called for the re-commissioning of the corruption-ridden Marcos project Bataan Nuclear Power Plant. The Danding Cojuangco children have sustained their patriarch’s support for the Marcos interests. Mark’s wife Kimi Cojuangco was also representative of Pangasinan’s fifth district. It is the height of brazen boldness when dynasts apportion themselves to all of a province’s congressional districts by faking their required residencies. That is true of Masbate, which has three congressional districts. All three went to only one family: Richard T. Kho (first district), Ara T. Kho (second district), Wilton T. Kho (third district). They are all children of the governor (Antonio Kho) and the vice governor (Olga Tingcungco Kho, who was formerly the second district representative). What a lucky, happy family. But how piteous for Masbate, which is one of the country’s poorest provinces.

As piteous as Masbate is another poor province, Samar. It has two congressional districts controlled by only one family. Stephen James T. Tan (formerly vice governor) represents the first district, while his brother Reynolds Michael T. Tan represents the second district. You guessed it right – the provincial governor is a Tan, sister Sheeann (she was formerly second district representative) and her vice governor is another Tan, uncle Arnold. The family matriarch Milagrosa was formerly governor and representative. In a province of less than a million population, the Tan control is without doubt substantial.

Control of both the province’s congressional districts and its provincial capitol appears to be a growing pattern for fattening dynastic power. In Camarines Sur, L-Ray Villafuerte (former governor like his late father Luis) commands the second district while his son Miguel Luis (also a former governor, from 2013 to 2022), is now representative of the fifth district. L-Ray’s son Luigi is presently provincial governor. What Luigi will run as next is not so much of a guess.

It is the same pattern prevailing in other provinces such as Lanao del Sur. The governor, Mamintal Adiong, fielded his brother Zia, who won as first district congressman. Mamintal’s son Mujam is the new vice governor. Apparently, it does not take much imagination to see that the vice governorship is seen as an indispensable stepping stone for dynastic succession.

Even Loren Legarda has joined the dynastic bandwagon, but that hardly elicits surprise. Her brother has succeeded her congressional post for Antique province’s lone district. Antonio Agapito Legarda had registered in Comelec the campaign nickname of Inday Loren, to capitalize on the name recall of his entrenched sister. This is just one of the nonsensical things these traditional politicians do to jostle their way into public service. 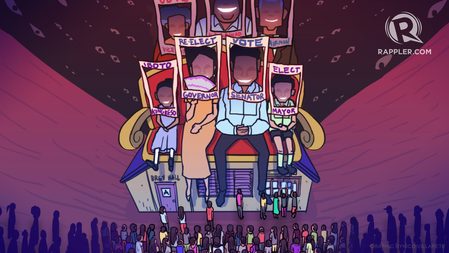 The same is true in the small island province of Guimaras. Joaquin Carlos Rahman Nava won as governor and his brother Felipe won the top spot in the provincial board. Joaquin Carlos’s wife was reelected as Guimaras’s lone district representative in Congress. Joaquin and Felipe were formerly political enemies when Felipe was the governor and Joaquin supported Felipe’s opponent. So not only do they do a merry-go-round, they also fight in a Trip to Jerusalem child’s play.

As old dynasties fatten their purses and their politics, new ones are born. One of the country’s youngest dynasties is the controversial Tulfo family. New senator Raffy Tulfo’s wife Jocelyn is also in congress as ACT-CIS party list representative. Their son Ralph is the new representative of Quezon City’s second district. The Tulfos gained notoriety under the Rodrigo Duterte regime when sister Wanda Teo was embroiled in a fund mess that involved some of her brothers. That was never investigated, allegedly upon orders of Duterte.

Social Welfare secretary Erwin Tulfo justifies the family distribution this way: “My sister-in-law and nephew are in Congress and they will be able to help me if we want a measure to be passed in Congress, and definitely it will go up to the Senate for final approval, so my brother is there.” The logic dynasts use to justify their existence is incredible.

Notice I have not included the Dutertes. They occupy a special place in the dynastic universe. They are not only dynasts. They are also kakistocrats, a term that I doubt if Rodrigo Duterte’s three children in politics know the meaning of. Meanwhile, Davao City’s electorate has not matured even under more than 20 uninterrupted years of Duterte rule by fear, intimidation, and death squad killings.

All this greed for politics and pork lard are taking place with dynasts probably thinking that the world is not watching. They are thinking that we know nothing about dipping their hands into the public coffers. The Sydney Morning Herald has called our democracy a “dynasty on steroids.”

Dynasties dumb down the electorate into numb submission that dynasties are alright. The Harvard Review contends: “Political dynasty domination erodes democracy by undermining actual political competition and excluding outsiders from public service. In addition, there are fewer ways to hold these politicians accountable for effective governance.”

Imee Marcos explains it best as one who knows the trade so well: “Your family is taking care of their family, which is taking care of your family, and it just goes on and on and on. It’s pretty feudal in the Philippines still, even though we like to fool ourselves.” – Rappler.com