Facebook Twitter Copy URL
Copied
'History is replete with stories of how ordinary people go to great lengths to save books from libricide. We now are in the same crossroad of history.'

Had the Marcoses internalized the disgrace of their fall from power 36 years ago, they would not have fought tooth and nail to regain their ill-gotten wealth, continue withdrawing money from their Swiss bank accounts, and revise history only to save the family name.

Despite becoming objects of world derision in the proportion of the Guinness Book of World Records, the Marcoses have not been shamed by their flagrant crimes as kleptocrats and autocrats.

Said to be flying off the shelves from bookstores after the May 9 victory of Ferdinand Marcos Jr. are books on his dictator father and his ruthless era of Martial Law. “What am I to say sorry about?” he said in 2015, maintaining that his father’s Martial Law had a benevolent impact on the country. That narrative was further amplified when in 2020 he said school textbooks in history must be revised. “Who is doing revisionism? They put it in textbooks that the Marcoses stole this, that they did this.” That was enough stimuli for the panic buying of Marcos and Martial Law books after May 9.

#NeverForget: Revisit the dark era of Martial Law through these books 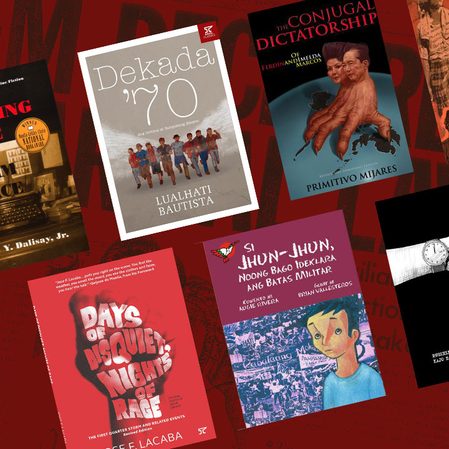 Now, it will be a test of will for the Marcoses if they could truly counter some of the most determined independent attempts to enshrine in both print and digital form the literature on the Marcos truth.

Let us begin with the private individual effort of the young writer Karl Patrick M. Suyat who leads the research for CARMMA Laguna, the Campaign Against the Return of the Marcoses and Martial Law, as well as being in the staff of the data committee of the Institute for Nationalist Studies. Karl’s effort impresses us especially because he was not born yet during Martial Law, proof that the youth of today holds the key to the perpetuation of our truth memories.

Together with a colleague, Karl has boldly initiated a digitization drive that aims to preserve and popularize the crucial scholastic, social, and historical documentation of the Marcos Martial Law abuses. “We have these Mt. Everest-like avalanche of information at our disposal. But why did the Marcos stolen wealth-funded disinformation still prevail? Even in the age of Tiktok, all records about the truth behind the Marcoses’ string of lies could be censored or extirpated from our online spaces.”

As a preventive measure, the small team has saved physical and digital copies of as many Marcos- or Martial Law-related materials as they could get their hands on. So far, they have procured 72 out of the 164 Marcos-related materials, including some from the so-called mosquito press. Among them is the series “Ninoy: For Justice and Reconciliation” published in the Mr. and Ms. special edition. The inclusion of materials from the mosquito press is significant for these were the publications that dared to challenge the Marcos dictatorship censors. 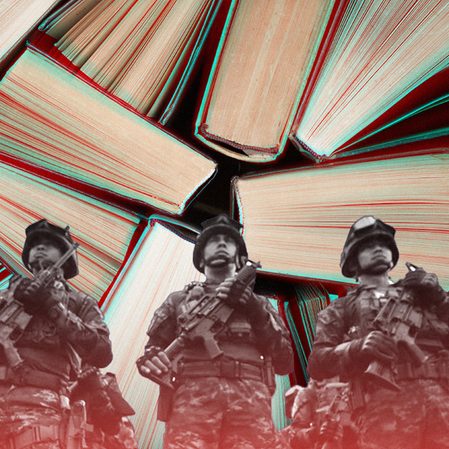 Two young brave people had to handle not just simple digitization. The work involved logistics, safekeeping, scanning, and most of all budgeting. Once they complete the Marcos years, they will have a second part that will digitize materials on the Estrada, Arroyo, and Duterte years. The entire digital library will then be made available online to the public.

Karl wants to make known the many other nameless Filipinos who were with them in this gargantuan effort. “The generosity of our fellow Filipinos who joined in the cause of combatting historical amnesia by helping this initiative financially allowed us to pursue this. Unlike the Marcos family which has billions of dollars in stolen wealth at their fingertips, all that we have are determination, courage, and memory.”

Those three qualities are indispensable in the work to defeat disinformation as Karl and his friend are currently pursuing. One institution in that same forefront that no longer needs introduction is the Bantayog ng mga Bayani. The Bantayog is a monument, museum, and historical research center in Quezon City that honors the martyrs and heroes of the struggle against the 21-year Marcos dictatorship.

The Wall of Remembrance that inscribes – and continually inscribes – the names of Marcos resistance fighters is the memorial part of Bantayog. Even today it continues to inscribe new names because the private foundation behind it believes that “people who advocated freedom, justice, and democracy during the Marcos administration who lived beyond the People Power Revolution” deserve to be honored. 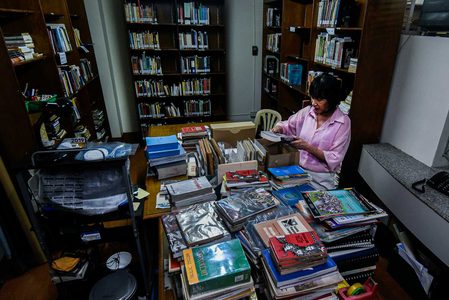 But Bantayog is not just a memorial and museum. It has also embarked on a digital library that can now be accessed online. Here is the link.

To be sure, Karl, his colleague, and Bantayog are not the only ones embarking on a digitization of memories. I do not even know who started the following effort, but it currently has 5,000 pages of official documents, books, and news, complete with links and readable PDFs of sources both international and local. This digital library aims to “show the era that schools books did not tell us.” Here is the link.

The Martial Law Index can also be accessed here.

Bongbong Marcos is not the first to call for a revision of history in their favor. It is a template that tyrants before him have embarked to glorify public memory in their favor. And the template always justifies it by saying they are the victims. Hitler and the Nazis burned books in their attempt to frame themselves as the victims of Jews. Mao Zedong burned books that did not conform to his cultural revolution. In 2012, Abdel Kader Haidara of Mali succeeded in smuggling out 350,000 medieval manuscripts that invading al-Qaida Islamists had targeted to burn. History is also replete with stories of how ordinary people go to great lengths to save books from libricide. We now are in the same crossroad of history. – Rappler.com