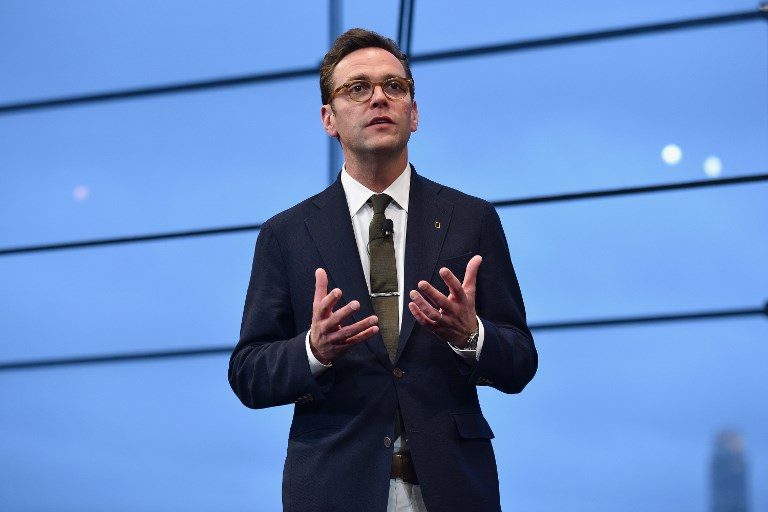 Facebook Twitter Copy URL
Copied
The unusual political intervention from an executive who has cultivated a more low-key persona than his father, is notable, coming from the top echelons of a media empire that includes Fox News

NEW YORK, USA – James Murdoch, the chief executive of 21st Century Fox whose father Rupert has been a Donald Trump ally, criticized the US president’s response to recent violence in Virginia and pledged to donate $1 million to countering hate.

The unusual political intervention from an executive who has cultivated a more low-key persona than his father, was notable, coming from the top echelons of a media empire that includes Fox News.

Trump is said to assiduously watch the news network, whose viewers include many of his staunchest supporters.

The US president has come under blistering attack across the political spectrum for saying anti-racism protestors deserved equal blame for violence at a neo-Nazi and white supremacist rally that left one woman dead last Saturday.

Nineteen other people were injured when a suspected white nationalist drove his car into a crowd of counter-protesters at the rally in Charlottesville to protest the planned removal of a statue of Confederate general Robert E. Lee.

In an email addressed to “friends,” a copy of which has been seen by AFP, Murdoch said he had been moved to act “as a concerned citizen and a father.”

“What we watched this last week in Charlottesville and the reaction to it by the president of the United States concern all of us as Americans and free people,” wrote Murdoch.

“The presence of hate in our society was appallingly laid bare as we watched swastikas brandished on the streets of Charlottesville and acts of brutal terrorism and violence perpetrated by a racist mob,” he said.

“I can’t even believe I have to write this: standing up to Nazis is essential; there are no good Nazis. Or Klansmen, or terrorists. Democrats, Republicans, and others must all agree on this, and it compromises nothing for them to do so.”

Murdoch said he and his wife Kathryn were donating $1 million to the Anti-Defamation League, which calls itself the world’s leading organization fighting anti-Semitism, and which also counters hate crimes and threats to democracy.

The ADL is an “extraordinary force for vigilance and strength in the face of bigotry,” Murdoch wrote, calling on recipients of the email to donate as well.