Jan 21, 2015 9:39 PM PHT
Agence France-Presse
Facebook Twitter Copy URL
Copied
The relationship 'must be examined and adjusted so as to ensure further development of the ties in a healthy, balanced, and orderly manner,' says Democratic Progressive Party chairwoman Tsai Ing-wen 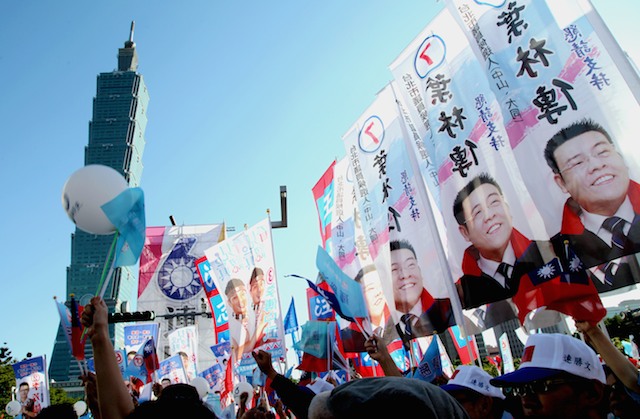 It was the first announcement on China strategy from the Democratic Progressive Party (DPP) following its best-ever performance in local polls last November as it sets out its stall for the presidential race.

The ruling Beijing-friendly Kuomintang (KMT) suffered a rout in the local vote – widely seen as a barometer for the presidential elections. Its defeat was viewed as a reflection of public concern over warming ties with China.

Taiwan has ruled itself since it split from the mainland in 1949 after a civil war, but China still sees it as part of its territory awaiting reunification.

“Cross-strait ties have touched every layer of (our life) – this is a reality that all of us must face together,” said DPP chairwoman Tsai Ing-wen.

The relationship “must be examined and adjusted so as to ensure further development of the ties in a healthy, balanced, and orderly manner,” she added, saying that the DPP would “actively seek the consensus of Taiwan society.”

Her comments came at the first meeting of the party’s special group on China affairs.

The DPP was stridently anti-Beijing while it was in power from 2000-2008. Current KMT president Ma Ying-jeou took over on a promise of improving cross-strait ties to boost the ailing economy.

But now the pendulum has swung the other way. According to opponents, recent trade deals between the island and the mainland are seen to have been secretive and beneficial only to big business and the economy is still stagnating.

Demonstrations against a service trade pact with China saw tens of thousands gather in mass rallies and the three-week occupation of the island’s parliament last year.

The DPP has its best shot at power for eight years – but it is also wary of alienating voters as it has in the past with what some saw as its overly harsh approach to Beijing.

Although Tsai made it clear the party would respond to public sentiment, she was careful not to dismiss the importance of ties with China – saying cross-strait interaction was “unavoidable” and her party could push the relationship forward. – Rappler.com