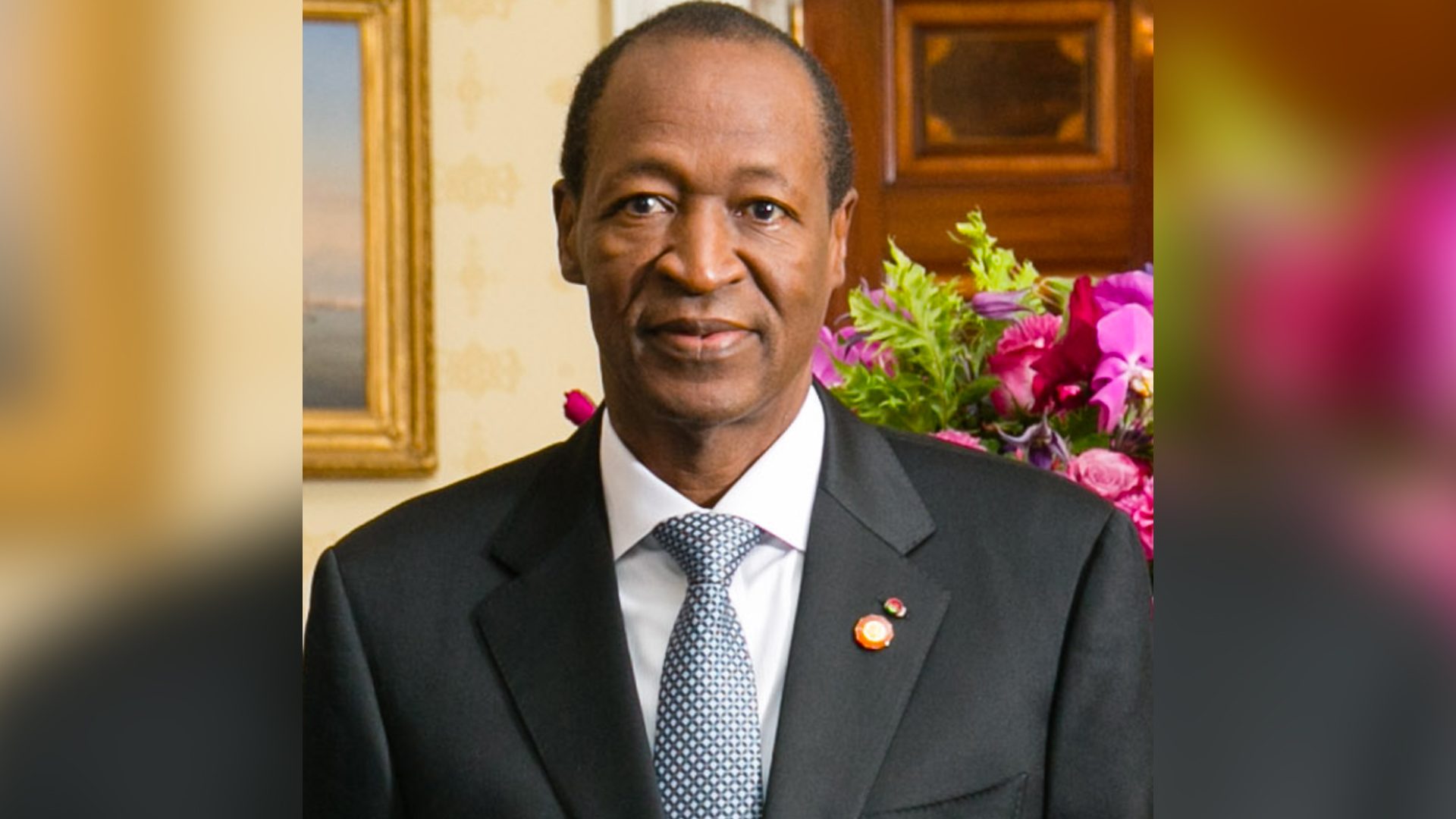 Facebook Twitter Copy URL
Copied
The charismatic Marxist revolutionary Sankara was gunned down in the West African nation's capital Ouagadougou at the age of 37, four years after he took power in a previous putsch

OUAGADOUGOU, Burkina Faso – Burkina Faso’s former president Blaise Compaore was sentenced to life imprisonment for complicity in the 1987 murder of his predecessor Thomas Sankara in a coup, a military tribunal ruled on Wednesday, April 6.

The charismatic Marxist revolutionary Sankara was gunned down in the West African nation’s capital Ouagadougou at the age of 37, four years after he took power in a previous putsch.

Compaore was charged in absentia along with his former head of security Hyacinthe Kafando, who was also sentenced to life imprisonment.

Both have previously denied any involvement in Sankara’s death along with 12 other defendants accused of involvement in the plot, three of whom were declared innocent on Wednesday.

“The court finds Blaise Compaoré and Hyacinthe Kafando guilty of attack on state security, complicity in murder and concealment of a corpse,”the tribunal said in its ruling.

Compaore went on to rule for 27 years before being ousted in another coup in 2014 and fleeing to Ivory Coast, where he is still believed to live.

He rolled out mass vaccination against polio, banned female circumcision and polygamy, and was one of the first African leaders to publicly recognize the growing AIDS epidemic as a threat for the continent.

He cut his own salary, refused to work with air conditioning and jogged through Ouagadougou unaccompanied.

Critics say his reforms curtailed freedoms and did little to enrich ordinary people. But admiration remains.

Over the weekend, students gathered around white flowers marking the spot where Sankara was shot. – Rappler.com