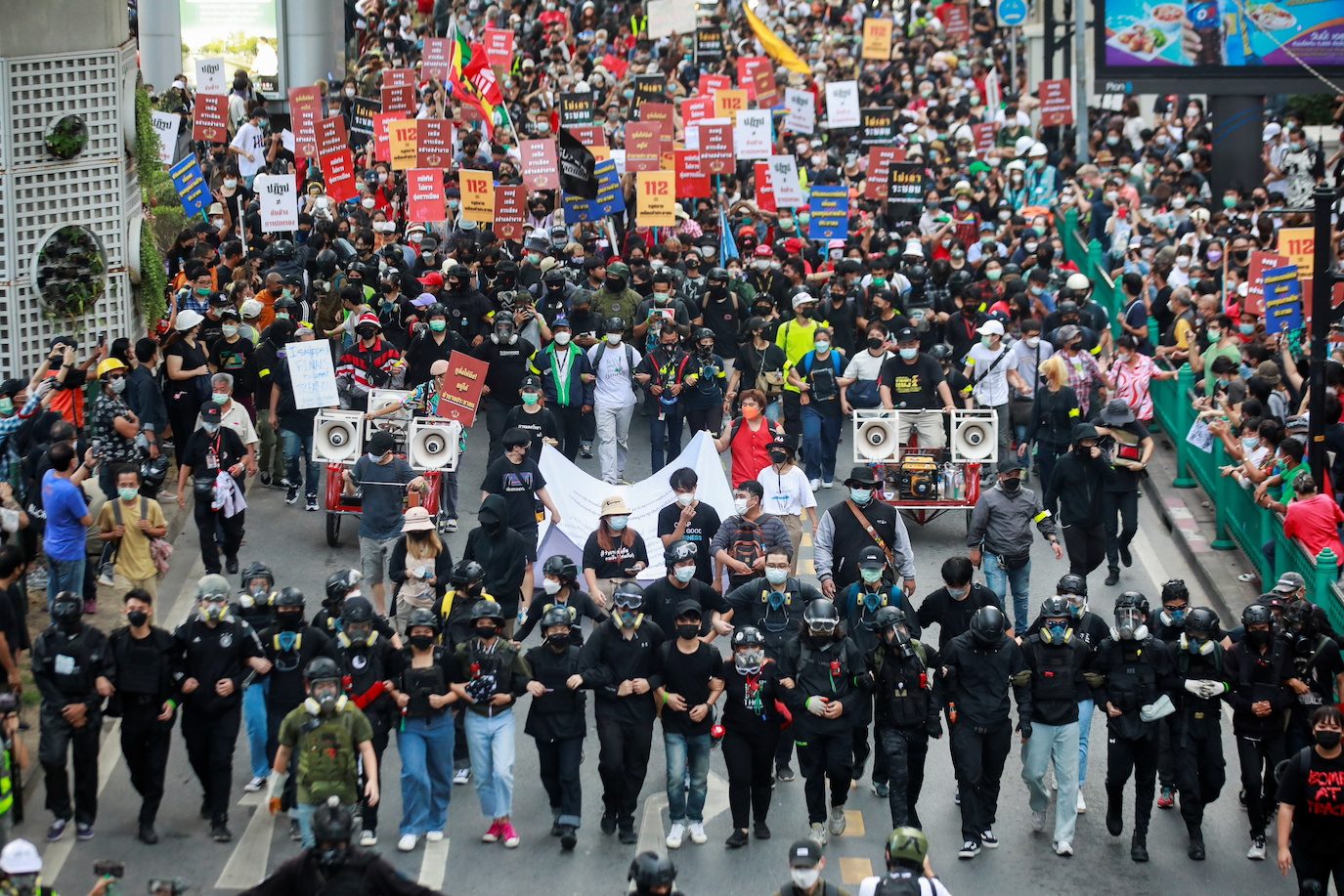 Demonstrators walk together holding placards during a protest against the amendment of the lese majeste law, in Bangkok, Thailand November 14, 2021.

Facebook Twitter Copy URL
Copied
The warning says 'if your device is compromised by a state-sponsored attacker, they may be able to remotely access your sensitive data, communications, or even the camera and microphone'

Apple Inc issued on Wednesday, November 24, alert messages to at least six Thai activists and researchers who have been critical of the government, warning it believed their iPhones had been targeted by “state-sponsored attackers,” according to activists and the alerts reviewed by Reuters.

Apple and Thailand’s Digital Ministry did not immediately respond to a request for comment.

Prajak Kongkirati, a political scientist at Bangkok’s Thammasat University, said he had received two emails from Apple warning it believed his iPhone and iCloud accounts had been targeted, along with a “threat notification” on his Apple account. Researcher Sarinee Achananuntakul and Thai activist Yingcheep Atchanont of Legal Monitoring group iLaw said they had received similar emails, while a rapper, a political activist, and a politician opposed to the government separately posted screenshots of the same email on their social media accounts.

All are perceived as being critical of the Thai government.

The messages warned “if your device is compromised by a state-sponsored attacker, they may be able to remotely access your sensitive data, communications, or even the camera and microphone.”

Apple on Tuesday filed a lawsuit against Israeli cyber firm NSO Group and its parent company OSY Technologies for alleged surveillance and targeting of US Apple users with its Pegasus
spyware.

In a statement on Tuesday, Apple said that the NSO group had created “state-sponsored surveillance technology” that had been aimed at “very small number of users”.

It was not immediately clear in Apple’s alerts on Wednesday whether the company believed Thais were being targeted by Pegasus.

Thailand’s government is still led by the architects of a 2014 coup, who remain in power after a 2019 election that its rivals say was stacked in the military’s favor.

Prime Minister Prayuth Chan-ocha, the coup leader, has denied the claims, but has faced months of anti-government protests.

As well as calls for greater democracy, the government has also been criticized over its management of the coronavirus pandemic and the economy. – Rappler.com