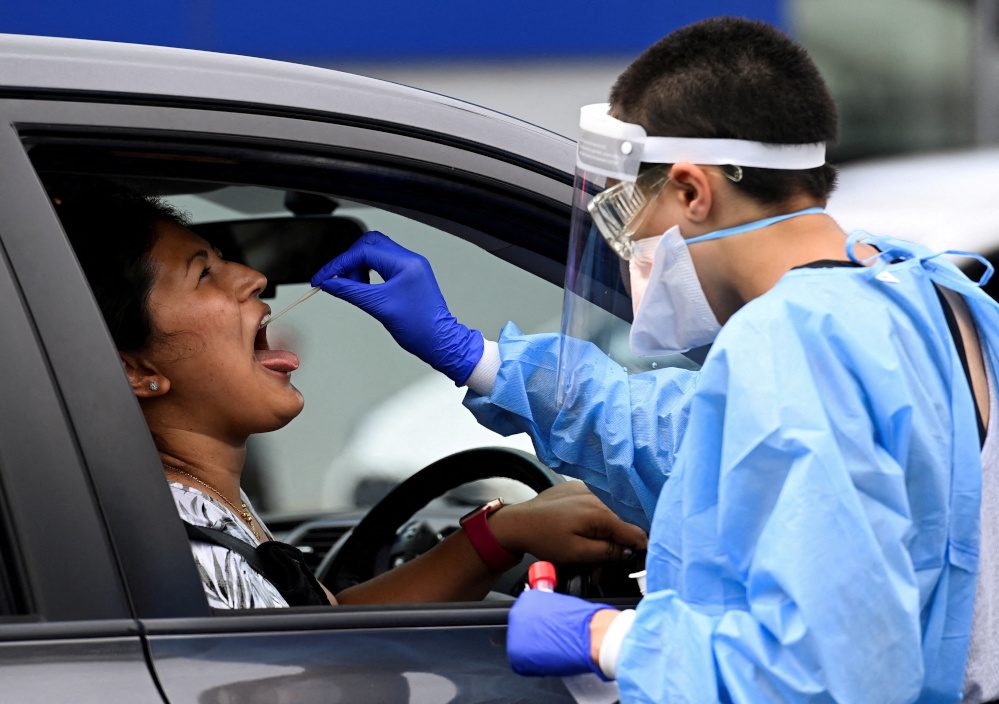 COVID-19 TEST. A woman takes a test for the coronavirus disease (COVID-19) at a testing center in Sydney, Australia, January 5, 2022.

The home to Sydney and a third of Australia’s 25 million people reported 16 deaths from the coronavirus in the previous day. New South Wales reported 30,062 new infections, near record levels.

With most of the six other states and territories yet to report daily numbers, the initial figures were below the national record of 116,025, reported on Saturday.

The nation was on track to surpass 1 million cumulative infections on Sunday, the Australian Broadcasting Corp reported.

With the surge bringing a rush for government-funded pop-up testing clinics, the authorities have shifted their messaging and urged people to instead take rapid antigen tests at home, then report positive results to their doctor, who enters it into a database.

Authorities are calling for calm amid reports of bare supermarket shelves as people stay home to avoid infection and delivery personnel self-isolate due to virus exposure.

“We have seen very low rates of significant illness,” federal Health Minister Greg Hunt told reporters. “It is the workforce furloughing which remains the principal challenge at this point in time.”

The government and its health advisers have cut mandatory isolation times for close contacts and narrowed the definition of close contacts but were still reviewing the rules for furloughing workers, Hunt said.

Australia plans to start vaccinating children aged 5 to 11 on Monday. The government says it has enough supplies to ensure every child is vaccinated.

Despite the outbreak, political leaders have cited Australia’s high vaccination rate – more than 90% of people over 16 are fully vaccinated – to justify a reopening plan. But several states in recent days have postponed non-urgent elective surgery to clear hospital beds for COVID-19 patients and reintroduced mask mandates.

New South Wales, emerged from more than 100 days of lockdown late last year, has reinstated a ban on dancing and drinking while standing up in bars. – Rappler.com