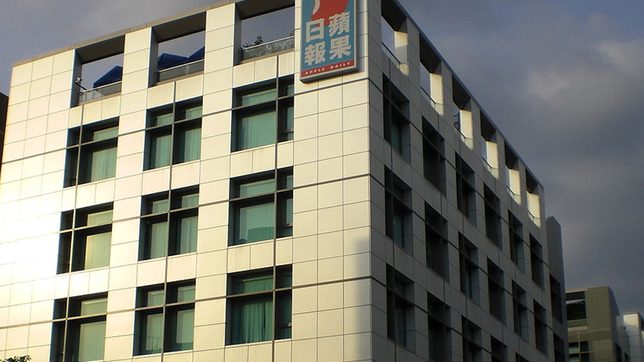 Facebook Twitter Copy URL
Copied
The Taiwan Apple Daily was set up in 2003 as a sister paper to the original Hong Kong edition, and is known for its colorful and sometimes racy coverage of everything from politics to celebrity scandal

The Taiwan Apple Daily was set up in 2003 as a sister paper to the original Hong Kong edition, and is known for its colorful and sometimes racy coverage of everything from politics to celebrity scandal.

But in an open letter to readers published on its website, the Taipei-based paper blamed the “monopoly” of digital platforms for advertising revenue for what it described as large losses for a key source of income, as well as the situation in Hong Kong.

“The Taiwan Apple Daily was not defeated on the front line of journalism,” it said.

“We were defeated at another battle: defeated by the monopoly of advertising resources and the worsening situation in Hong Kong, which made us unable to support the long-term losses,” the paper added.

“Although we tried hard to reduce the losses, we were unable to turn it around. We have to announce the ceasing of the print publication and will put all of our resources digitally.”

The former British colony of Hong Kong has been rocked by protests against it Beijing-backed government in recent years and last year China imposed a tough new national security law on the city.

Last month, a Hong Kong court sentenced Lai, one of the city’s most prominent democratic activists, to 14 months in prison for taking part in unauthorized assemblies during pro-democracy protests in 2019.

The Hong Kong version of the Apple Daily has vowed to fight on despite the pressure it has come under.

Chinese-claimed Taiwan has a rambunctious democracy and a free media and its government has been strongly critical of the crackdown in Hong Kong, to Beijing’s anger. – Rappler.com