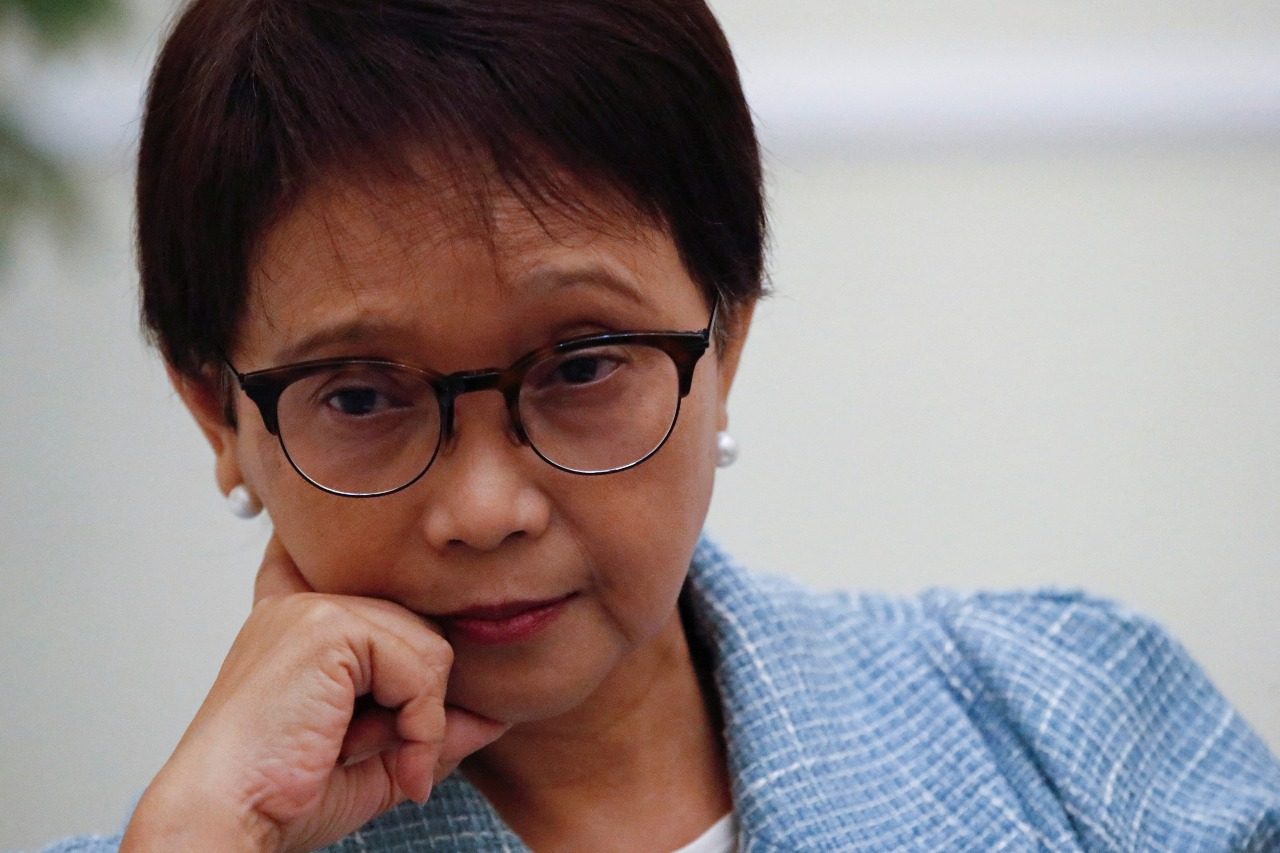 ON MYANMAR. Indonesian Foreign Minister Retno Marsudi looks on during an interview at the Foreign Ministry in Jakarta, Indonesia, on November 3, 2022.

JAKARTA, Indonesia – Myanmar’s military government is responsible for a lack of progress on a peace plan agreed with ASEAN, Indonesia’s foreign minister said on Thursday, November 3, adding the regional bloc has done its part in trying to end hostilities in the strife-torn country.

The Association of Southeast Asian Nations has urged Myanmar to implement a peace plan agreed in 2021 to halt a spiral of violence that has gripped the country since the military overthrew an elected government in February 2021.

The plan, agreed about 18 months ago, includes engaging in constructive dialogue, and access for humanitarian aid and a special ASEAN envoy.

Retno Marsudi, foreign minister of Indonesia, which is due to chair the regional bloc in 2023, told Reuters that blame for a lack of progress lies with the junta.

“The criticisms shouldn’t be aimed at ASEAN. They should be aimed at the junta,” she said in an interview.

“If we’re talking about who’s to blame, who’s failed, it’s not us, it’s not ASEAN. We did our part.”

The Myanmar junta did not respond to requests for comment. It has previously blamed the lack of progress on instability in the country and the pandemic.

Retno also said her Southeast Asian counterparts are coming up with fresh recommendations for the implementation of the peace plan ahead of the ASEAN leaders’ summit next week.

“We facilitate the national dialogue that will take Myanmar out of the political crisis. And we know who can solve Myanmar’s problem is the people of Myanmar, not outsiders,” she said.

ASEAN has a long-standing policy of non-interference in its 10 member states’ sovereign affairs, but has faced calls from activists to step up pressure on the junta.

Last week, the bloc said it remains committed to the so-called five-point peace consensus even as frustration grows among members over escalating violence in Myanmar, including an air strike on a concert and the executions of democracy activists.

The bloc has barred Myanmar’s generals from attending high-level meetings and the junta has not allowed non-political representatives to participate. – Rappler.com