ROBOT. Aseyanto, 53, a resident of the Tembok Gede neighbourhood, operates the 'Delta Robot,' made from household items like pots, pans and an old television monitor, in Surabaya, East Java province, Indonesia, August 7, 2021.

Facebook Twitter Copy URL
Copied
The robot's head is made from a rice cooker, and it is operated by remote control with a 12-hour battery life

A homemade robot designed by Indonesian villagers and scientists for fun has found a new use during the pandemic – bringing food, and hopefully a smile, to self-isolating residents who have contracted COVID-19.

An eclectic assembly of household items like pots, pans, and an old television monitor, it is now named the “Delta robot” in a nod to the highly contagious variant of the coronavirus that has ripped through Indonesia.

“With this new Delta variant and the surging number of COVID-19 cases, I decided to turn the robot into one used for public services such as to spray disinfectant, deliver food, and meet the needs of residents who are self-isolating,” Aseyanto, 53, a neighborhood leader who heads the project, said.

The robot’s head is made from a rice cooker, and it is operated by remote control with a 12-hour battery life. It is one of several robots made in the village of Tembok Gede, which has won a reputation for its creative use of technology.

After trundling down the street to the home of an isolating resident, its speaker emits the message “Assalamu’alaikum” (Peace be with you), followed by, “A delivery is here. Get well soon.” 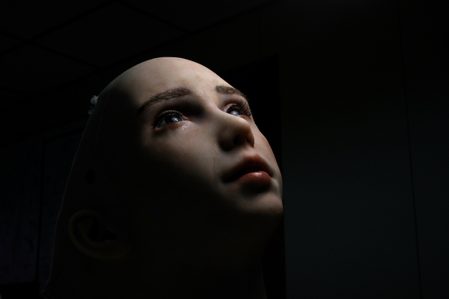 The village lies within Surabaya, capital of East Java province and Indonesia’s second-biggest city, where a devastating second wave of coronavirus infections has swept in over in the past month.

Indonesia has become the epicenter of Asia’s COVID-19 outbreak and recorded more than 3.68 million infections and more than 108,000 deaths from the virus among a population in excess of 270 million spread across the vast archipelago.

“This Delta robot is very simple…. When we created this, we purely used used materials in our neighborhood,” said Aseyanto, who goes by one name.

It is a far cry from the robots deployed in hospitality and for care in Japan and elsewhere, some of which have been adapted to help tackle the pandemic.