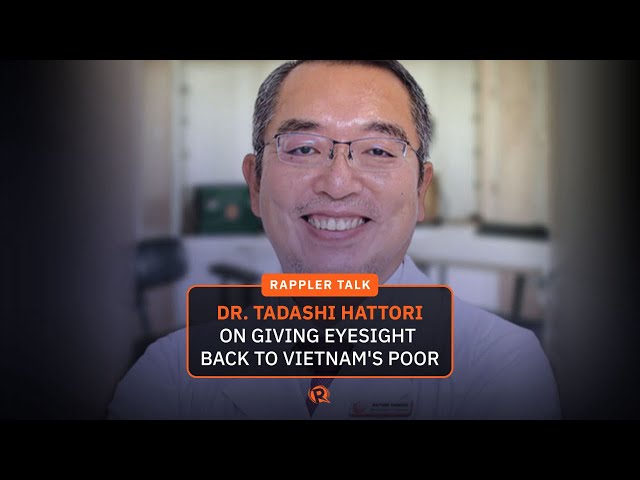 Hattori was named one of four Ramon Magsaysay Awardees in 2022.

For over 20 years, Hattori has been shuttling between his native Japan and Vietnam, and is also working with other doctors to train them to provide more eye surgeries to the Southeast Asian nation’s poor population.

And Hattori does not plan to slow down anytime soon.

In this episode of Rappler Talk, we speak to Hattori on what motivates him to continue doing his work despite the challenges of frequent travel and managing the cost of providing these many surgeries.

The Ramon Magsaysay Award Foundation, known widely as Asia’s equivalent of the Nobel Prize, will present the award to Hattori and the other awardees this Wednesday, November 30.

Watch Rappler’s conversation with Hattori ahead of the ceremony on Saturday, November 26, at 7 pm. – Rappler.com