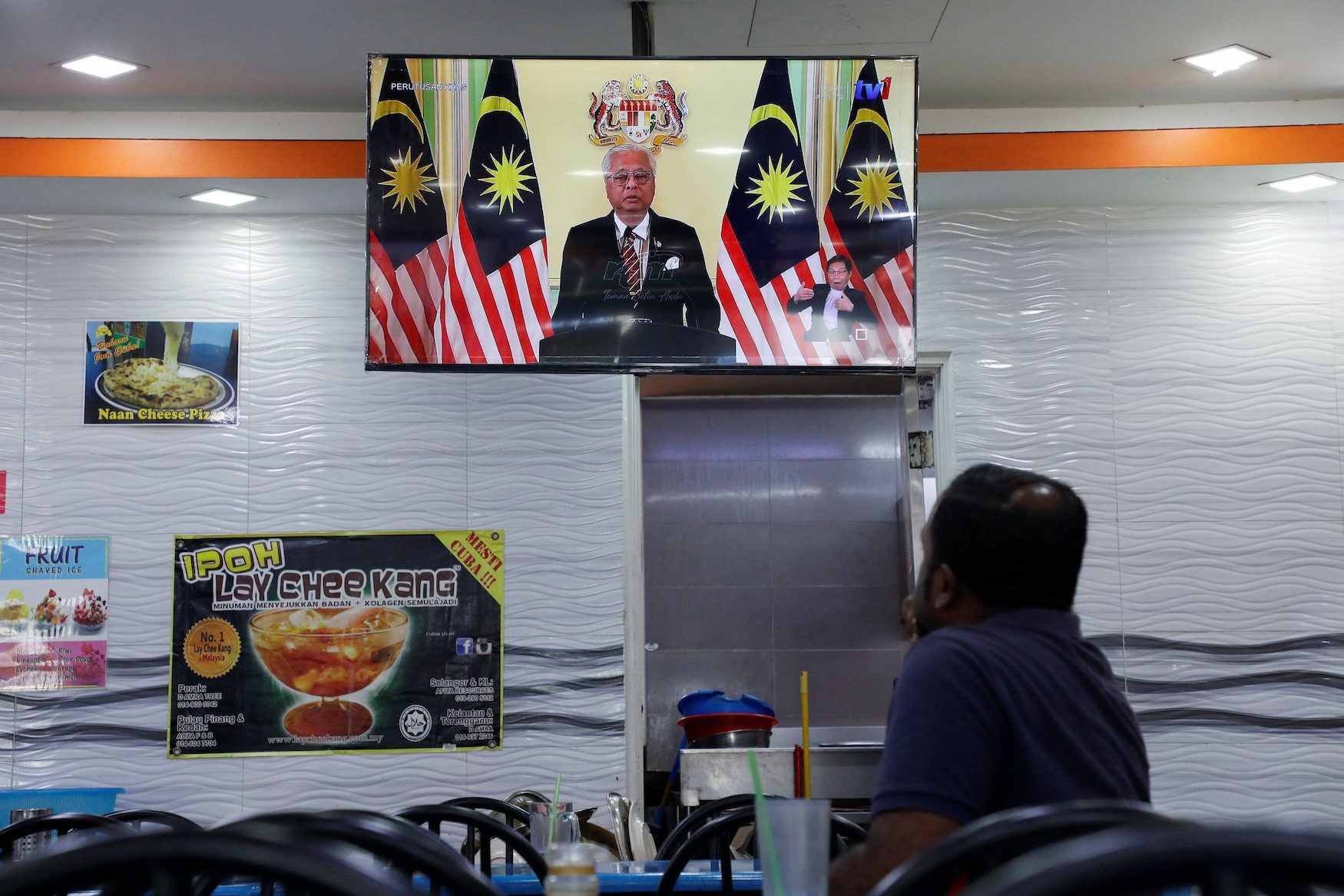 A customer at a restaurant watches the announcement made Malaysian Prime Minister Ismail Sabri Yaakob dissolving the parliament and calling for general elections at Kuala Lumpur, Malaysia, October 10, 2022.

KUALA LUMPUR, Malaysia – Malaysian Prime Minister Ismail Sabri Yaakob called for an early election on Monday, October 10, hoping to win a stronger mandate for his party and stabilize the rocky political landscape that has plagued the country over the last four years.

The ruling party’s rush for an election comes as the economy, still recovering from the COVID-19 pandemic, has begun to feel the pinch of rising costs and a global slowdown.

An election was not due until September 2023, but Ismail has been under increasing pressure from some factions of his ruling coalition to hold the vote earlier due to infighting.

In a televised speech, Ismail said the country’s monarch had agreed to his request to dissolve parliament on Monday, and an election date would be announced by the election commission.

Polls must be held within 60 days of the dissolution of parliament. Voter turnout could be reduced if the chosen date falls during the year-end monsoon season.

Ismail said he was calling for the election to end questions over the legitimacy of his government and return the mandate to the people.

“The people’s mandate is a powerful antidote for the country to manifest political stability and create a strong, stable and respected government after the general election,” Ismail said.

The election commission did not have an immediate comment.

Malaysia has been mired in political uncertainty since the last election in 2018 – a historic vote in which the opposition ousted the United Malays National Organization (UMNO) party, which had governed for more than 60 years since independence, due to widespread corruption allegations.

But the winning coalition collapsed in two years due to a power struggle, returning UMNO to power in a new alliance.

Malaysia has had three prime ministers since the 2018 election.

With the dissolution of the parliament, Ismail, who came to power in August 2021, becomes the shortest serving prime minister in Malaysian history.

His UMNO party urged early elections to take advantage of what they see as favorable sentiment towards them, and to form a more stable ruling coalition.

UMNO has won elections held at the state level as recently as March, when it wrested control of the southern state of Johor back from the opposition which had won in 2018.

In April, Ismail was named as UMNO’s prime minister candidate, though it was unclear if he still had that support. – Rappler.com