A Malaysian family have cooked up a tasty solution to their economic woes during the pandemic by opening a backyard pizzeria that has proved a hit in their sleepy village.

Millions of people around the world lost their jobs this year as governments introduced economically damaging lockdowns to curb the spread of the coronavirus.

But one family in a Malaysian village managed to turn a bumper profit during the downturn by opening up an eatery serving wood-fired pizzas from their home.

Based in Jemapoh, 120 kilometers (75 miles) south of the capital Kuala Lumpur, the business offers pizzas with herbs and spices, and cut pineapples mixed with meat or tuna, along with a heavy layer of mozzarella and cheddar cheese. 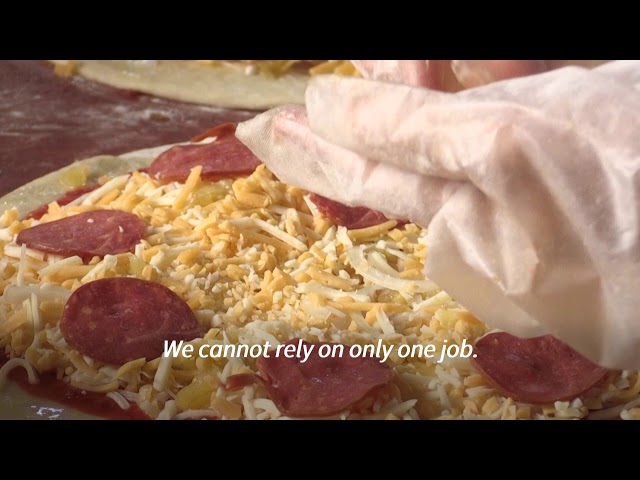 “We did this to get some pocket money,” said Raudhah Hassan, 35, the eldest of several siblings and mastermind behind the business.

“But – praise be to God – what we did has become the talk of the town.”

Pizzas have been flying out of the family’s makeshift kitchen since late April, a month after authorities implemented curbs that confined people to their homes and saw the closure of most businesses.

Restaurants were allowed to keep operating and, after Raudhah’s shop selling headscarves saw a fall in business and some of her siblings had their pay cut, the family decided to open the pizzeria.

“We were stranded here. We said, we have to do something,” explained Raudhah, who runs the business at her parent’s house with the help of other family members.

The family built a stone oven in their backyard to roll out a few dozen pizzas in time for the holy month of Ramadan in the Muslim-majority country, when the faithful typically enjoy lavish meals to break their fast.

The business quickly became a hit.

“Some pizzas are too salty, but these are really nice,” said first-time customer Nurliyana Hidayah.

“I will come here again.”

The family have now added a shop to their home and hired about 20 people from the village to make up to 800 wood-fired pizzas daily, five days a week.

More than 800,000 people have lost their jobs in Malaysia this year as the virus pushed the country into recession, Prime Minister Muhyiddin Yassin said in October.

Malaysia has largely lifted the toughest of its restrictions and most businesses are operating again, although it has been a battling a virus resurgence in recent weeks. – Rappler.com