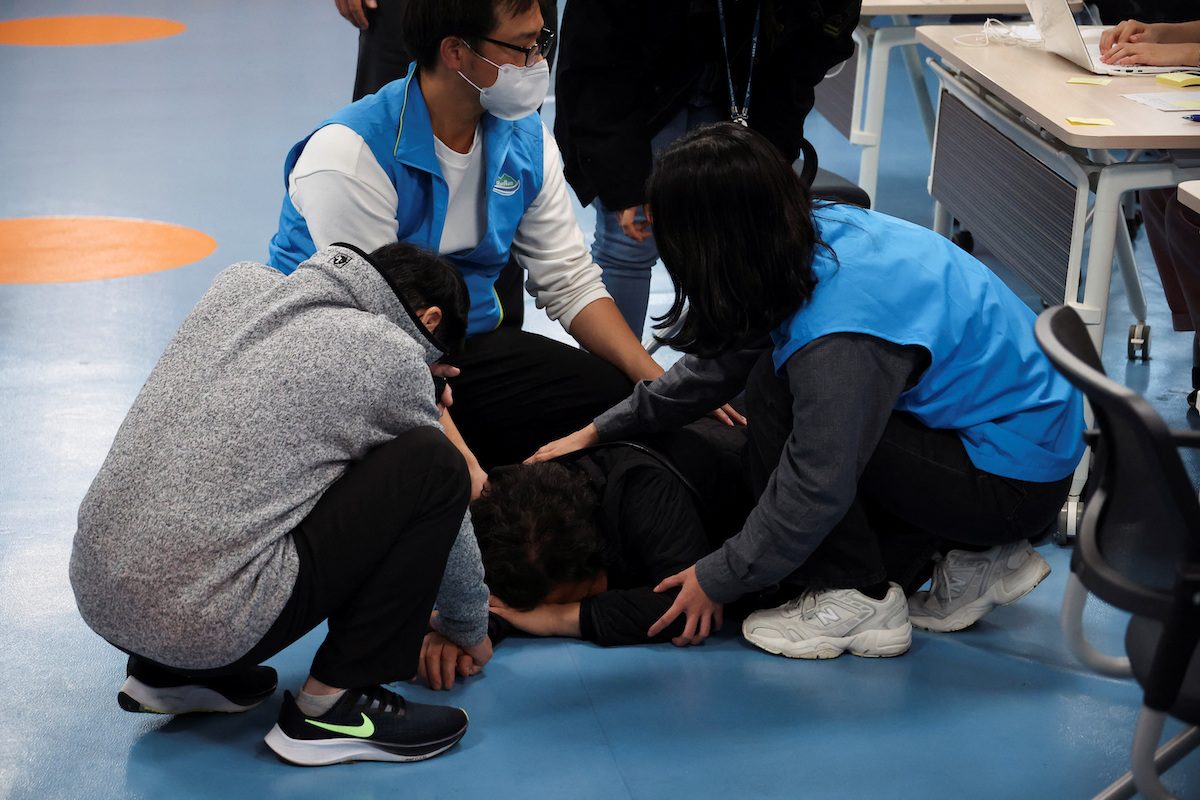 GRIEF. A person reacts as family members of people missing after a stampede during Halloween festivities, gather at a community service center in Seoul, South Korea, October 30, 2022.

SEOUL, South Korea – In tears, Philomene Aby’s hands shook as she asked workers at a South Korean community center for any news of her 22-year-old son, missing in the wake of a crowd surge in Seoul that left at least 151 people dead on Saturday, October 29.

Her son, Masela, went to work at a club in the city’s Itaewon area around 6 p.m. on Saturday. That was the last time Aby, a Seoul resident from the Ivory Coast, saw him. (READ: South Korea declares mourning after Halloween crush kills 151)

“I called his number but … he wasn’t answering,” Aby told Reuters while standing in the Hannam-dong Community Service Center, which became a makeshift missing persons facility in the wake of the disaster.

One person broke down and kneeled on the floor after speaking to some officials at the center, according to a Reuters witness. A whiteboard in the main office lists updated numbers of calls every hour, totaling more than 3,580 since 5.30 a.m. local time on Sunday.

“No one is telling me the truth,” said Aby, who has lived in Seoul with her son for 18 years. With no sign of news about the son, Aby left the center for the Ivory Coast embassy.

Interior Minister Lee Sang-min told a briefing at midday local time (0300 GMT) that about 90% of the victims had been identified and authorities were still working on identifying the remaining 10%.

He noted that it takes more time for foreign nationals or teens who have yet to be registered with the government, in which cases they have to directly check with the families.

An official at a funeral home linked to a hospital in Seoul said there were at least two bodies from the incident at the facility on Sunday.

They appeared to have been from outside of Seoul, leading to a delay in family members being able to retrieve the remains, the official said.

“The families need to get this certificate from the police, then we can release the bodies to the families,” the official said.

“If the family would want to find out the cause of the death, then they could request an autopsy, but for these bodies, the cause of death seems pretty clear to me.” – Rappler.com