As a devout Jehovah’s Witness Jang Kyung-jin was ready to be jailed rather than serve in South Korea’s military. After a landmark court ruling he will be heading for prison on Monday, October 26 – but as a civilian administrator, not a convict.

The South remains technically at war with the North and maintains a compulsory conscription system to defend itself against Pyongyang’s 1.2 million-strong army.

All able-bodied South Korean men are obliged to serve for 18 months before they turn 30, in a rite of passage that – while sometimes resented – can form lifelong bonds with fellow soldiers.

Avoiding the duty in a conformist society faced with the world’s last remaining Cold War conflict can bring with it employment consequences and lifelong social stigma, akin to the “white feather” campaign in First World War-era Britain.

But over the decades tens of thousands of conscientious objectors, many of them Jehovah’s Witnesses, have been willing to pay that price – and a prison sentence of 18 months or more – to adhere to their religious or moral beliefs.

“As a member of the Jehovah’s Witnesses, I believe it is my duty to interpret the Bible as it is written and follow the teachings of Jesus,” Jang, a father of three, told AFP.

A soft-spoken practitioner of traditional medicine, he cited Matthew 26:52, where Jesus tells his disciples not to use force to defend him as “All who take the sword will perish by the sword.”

“It would have been the highest form of honorable act to defend the son of God but Jesus told his disciples not to…. I have come to a conclusion that violence could never be justified under any circumstances.”

For years the idea of a civilian alternative to military service for conscientious objectors was highly controversial.

But current President Moon Jae-in – who served in the special forces when he was a conscript in the 1970s – promised to create one during his 2017 election campaign.

The following year the South’s Supreme Court ruled that moral and religious objections were valid reasons for refusing military service.

The alternative service scheme goes into effect on Monday, when Jang and 62 other conscientious objectors will report to a training center in Daejeon, south of Seoul, for 3 years of duties as correctional facility administrators.

They will be entitled to the same pay as regular conscripts and the justice ministry described the scheme as a “first step towards the balance of conscience and military duty.” 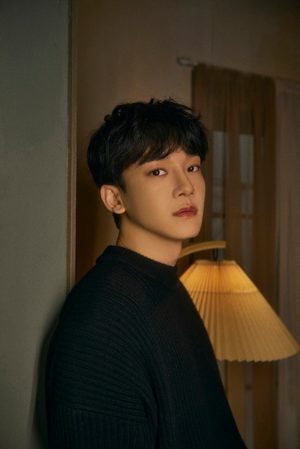 Aside from Olympic medallists and Asian Games champions, along with the winners of some international classical musical competitions, the military obligation applies to all healthy men, and can mean career interruptions and delays.

It currently looms over the 7 members of the global K-pop sensation BTS, who are estimated to bring in billions of dollars to the world’s 12th-largest economy.

Steve Yoo, a hugely popular chart-topping singer in the 1990s, took US citizenship shortly before he was due to be called up, automatically forfeiting his Korean nationality and with it the obligation to serve.

The move prompted widespread public fury and authorities swiftly banned him from entering the country, a measure that remains in place to this day.

Around the world, the Jehovah’s Witnesses are perhaps best known for enthusiastic members preaching on street corners and knocking on doors in efforts to procure converts, and a refusal to receive blood transfusions.

But in the South it is their refusal to serve in uniform or pledge allegiance to a national flag that most marks them out.

No fewer than 19,353 church members have been punished for refusing to serve since 1950, spending a combined total of more than 36,000 years behind bars, according to the church.

Among the former inmates is Jang’s fellow congregation member Lee Bit-nam, who was jailed in 2015 but, like all other conscientious objectors, has had his conviction record expunged as a result of the court ruling.

A 30-year-old car mechanic, he said he was repeatedly ridiculed by guards and fellow prisoners for refusing to serve, but never doubted his decision.

“In the Bible, one of the most important things God teaches us is love,” he said. “I realized God doesn’t want us to engage in practicing for war or war itself.

“My faith only got stronger the more and more I read the Bible.” – Rappler.com