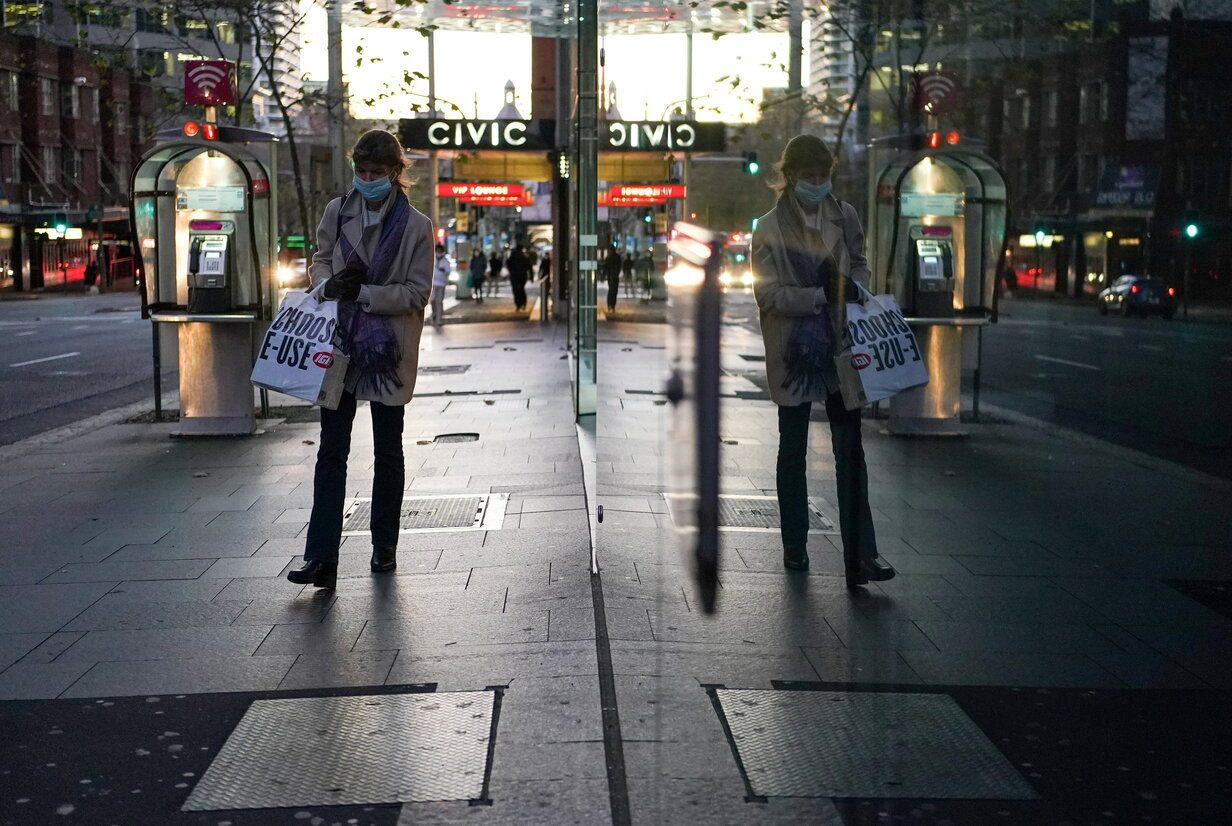 FILE PHOTO. A woman wearing a protective face mask walks through the city centre during a lockdown to curb the spread of a coronavirus disease (COVID-19) outbreak in Sydney, Australia on July 7, 2021.

Australia’s New South Wales state reported its biggest daily rise in locally acquired coronavirus infections this year on Saturday, July 10, with authorities warning of a worse scenario for Sydney, which is in a three-week hard lockdown.

There were 50 new cases of community transmission in the country’s most populous state, up from 44 a day earlier, the previous 2021 record high. This brings the outbreak of the highly infectious Delta variant to 489 cases.

Of Saturday’s cases, 26 were people who had spent time in the community while they were infectious, deepening concerns that the lockdown of more than five million people in Sydney and surroundings will be extended.

“When you know that there are 26 cases infectious in the community, the only conclusion we can draw is that things are going to get worse before they get better,” state Premier Gladys Berejiklian said in a televised briefing.

“I think it is pretty clear that unless we reduce that level of people in the community that are infectious, we won’t be able to turn things around as quickly as we can or as quickly as we should,” she added.

There are 47 cases in hospital, or about one in 10 people infected in the current outbreak. Of those, 19 people are under the age of 55 and 16 people are in intensive care, including a teenager.

No fully vaccinated people have required hospital care and 79% of those admitted have not had any doses, health authorities said. Vaccinations are available in Australia for now only to people over 40 and those in risk groups either due to their health or work.

The country has fared much better than many other developed countries in keeping its COVID-19 numbers relatively low, but its vaccination rollout has been among the slowest due to supply constraints and changing medical advice for its mainstay Astrazeneca. – Rappler.com