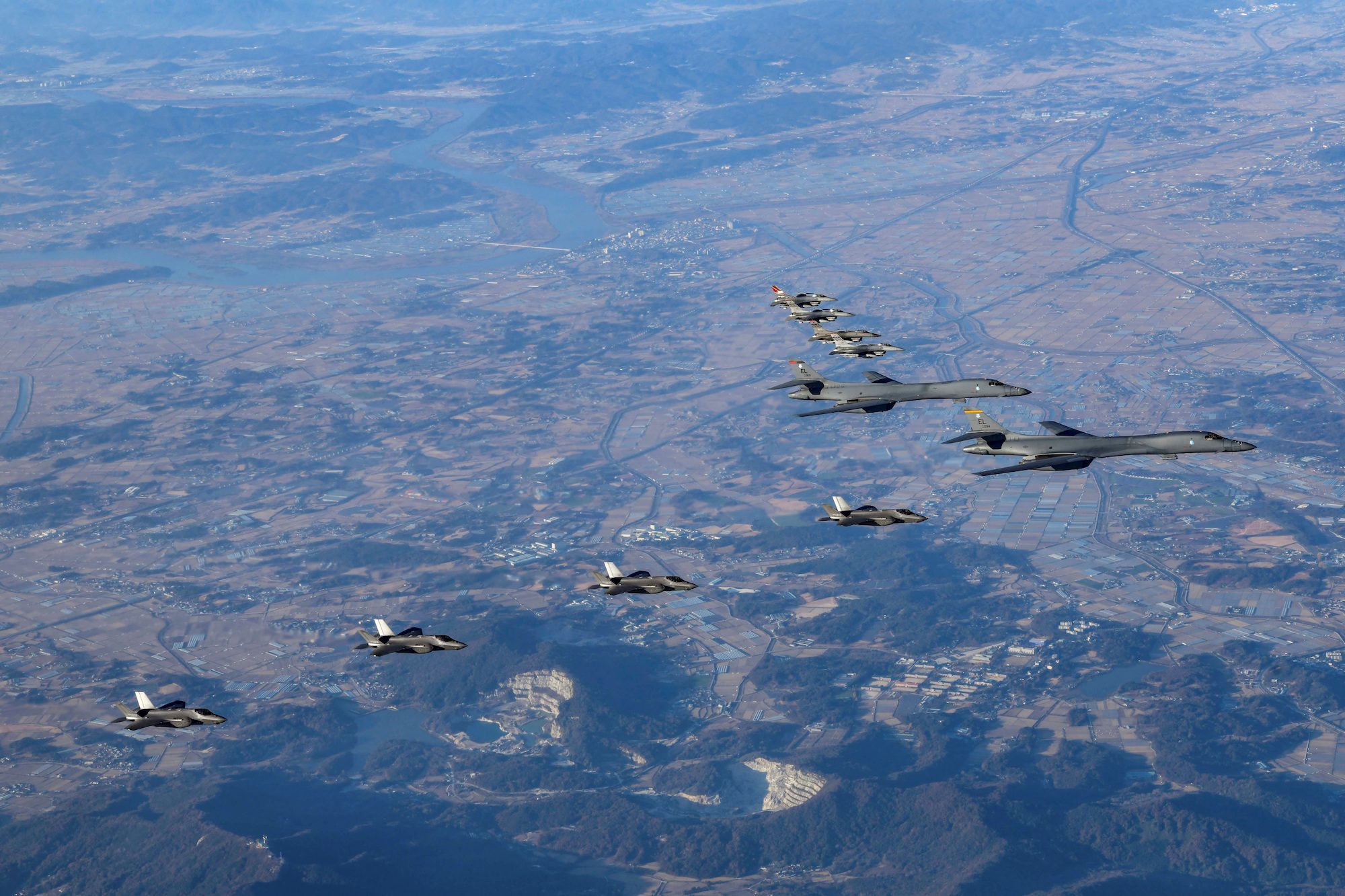 DRILL. US B-1B bombers take part in a joint air drill Vigilant Storm between South Korea and US November 5, 2022.

Seoul and Washington have been holding “Vigilant Storm” air drills since Monday, October 31, which were extended by a day to Saturday in response to what the allies call continued provocations by North Korea.

The allied exercise on Saturday involved some 240 military aircraft and two US B-1B strategic bombers, as well as four F-16 and four F-35A fighters, according to South Korea’s Joint Chiefs of Staff.

This is the first time the B-1B has been deployed in US-South Korean drills since 2017, showing “the combined defense capabilities and determination of the Republic of Korea and the US to resolutely respond to any provocations from North Korea, and the will of the US to implement a strong commitment to extended deterrence,” the joint chiefs said in a statement.

South Korea has asked the United States to step up deployment of “strategic assets,” which include aircraft carriers, nuclear submarines, and long-range bombers like the B-1B.

After talks with Defense Secretary Lloyd Austin in Washington on Thursday, November 3, South Korean Defense Minister Lee Jong-sup said the United States had agreed to employ “US strategic assets to the level equivalent to constant deployment through increasing the frequency and intensity of strategic asset deployment in and around the Korean Peninsula.” – Rappler.com