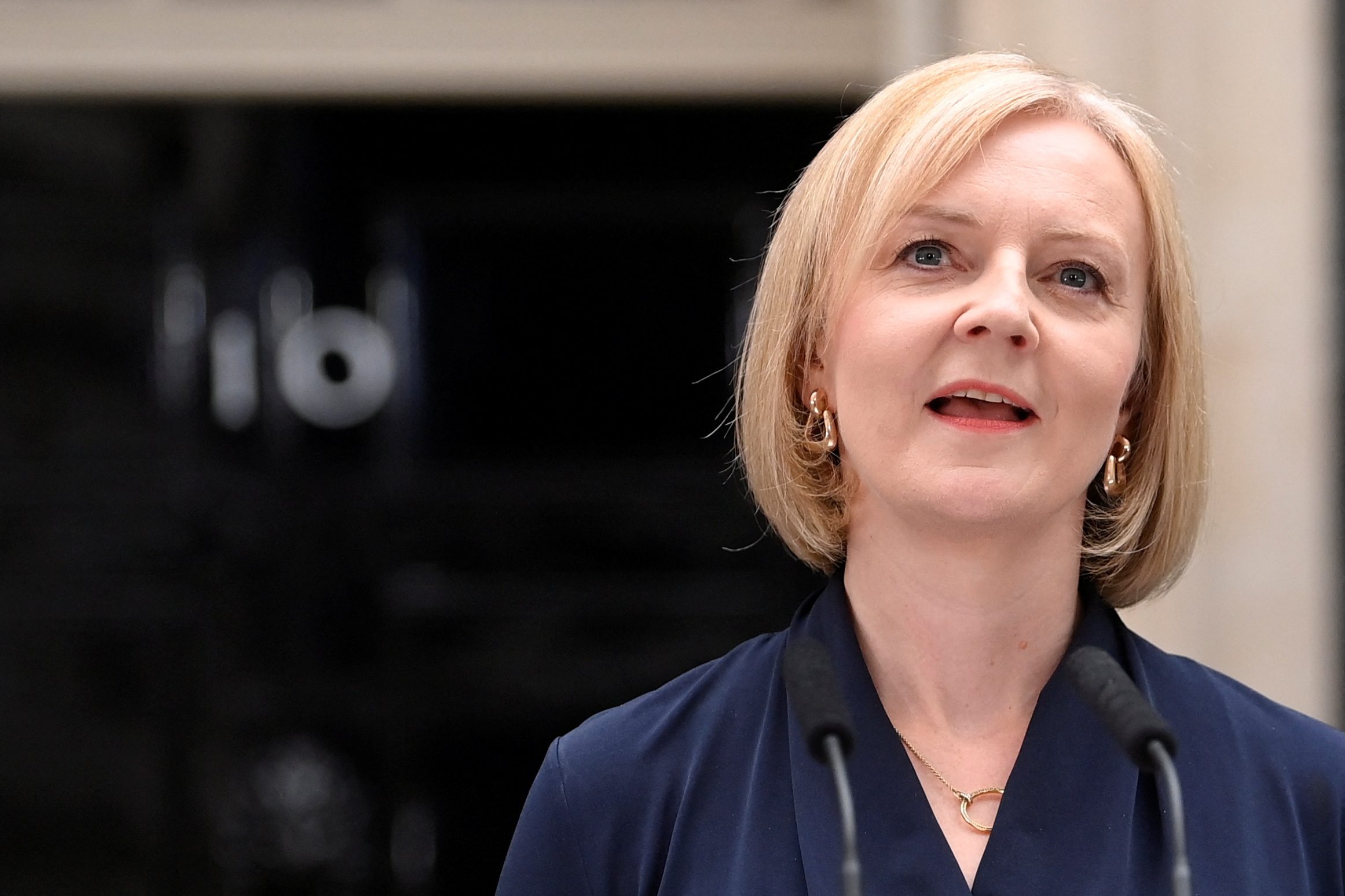 LONDON, United Kingdom – Liz Truss took over as Britain’s prime minister on Tuesday, September 6, vowing immediate action to tackle one of the most daunting set of challenges for an incoming leader in post-War history led by soaring energy bills, looming recession and industrial strife.

Truss, the fourth Conservative prime minister in six years and successor to Boris Johnson who was forced out over multiple scandals, acknowledged the severe global headwinds from Russia’s invasion of Ukraine and the COVID-19 pandemic.

“I am confident that together we can ride out the storm. We can rebuild our economy, and we can become the modern brilliant Britain that I know we can be,” the 47-year-old former foreign secretary said outside her new Downing Street home and office.

Truss appointed close allies to top jobs such as Kwasi Kwarteng as finance minister, Therese Coffey as deputy prime minister and health minister, and James Cleverly as foreign minister. It was the first time a white man will not hold one of Britain’s four most important ministerial positions.

The new cabinet will be charged with delivering on Truss’ three stated priorities: tax cuts to boost the economy, help over rising energy costs, and sorting out the state-run National Health Service.

She inherits an economy in crisis, with inflation at double digits and the Bank of England warning of a lengthy recession by the end of this year.

Already, workers across the economy have gone on strike.

Truss has promised to scrap plans to increase corporation tax on big firms, and to reverse an increase in a payroll tax on workers and employers, designed to raise additional funding for health and social care, with the extra spending coming from general taxation instead.

Her plan to revive growth through tax cuts, as well as potentially providing around 100 billion pounds ($116 billion) to help with energy bills, has rattled financial markets.

British 30-year government bonds suffered their sharpest one-day fall since March 2020 when the coronavirus pandemic caused turmoil in financial markets, as investors honed in on the extra borrowing Truss’s plans are likely to require, while 10-year borrowing costs rose to their highest since 2011.

“I know that we have what it takes to tackle those challenges. Of course, it won’t be easy, but we can do it,” Truss said, adding that Britain would also continue to stand up for freedom and democracy around the world.

“I look forward to deepening the special relationship between our countries and working in close cooperation on global challenges, including continued support for Ukraine as it defends itself against Russian aggression,” he said on Twitter.

The new prime minister has a weaker political hand than many predecessors.

Having held a place in cabinet for eight years, she defeated former finance minister Rishi Sunak in a vote of Conservative Party members by a tighter margin than expected and despite more of the party’s lawmakers initially backing him.

Johnson, who tried to cling to power in July despite ministers resigning en masse over scandals including parties during COVID lockdowns, appealed for unity.

After speaking outside Downing Street’s famous black door, Johnson flew to Scotland to tender his resignation to 96-year-old Queen Elizabeth at one of her homes, before Truss followed him into Balmoral Castle to be appointed.

Johnson boasted of his successes, including an early COVID vaccine program and his staunch support for Ukraine in its battle against Russia.

He also listed “delivering Brexit” as one of his main achievements, although polls now show that a majority of people think leaving the European Union was a mistake.

Britain, under Conservative rule since 2010, has stumbled from crisis to crisis in recent years and there is now the prospect of a long energy emergency that could drain the savings of households and threaten the futures of businesses still weighed down by COVID-era loans.

Household energy bills are due to jump by 80% in October, but a source familiar with the situation has told Reuters that Truss may freeze bills in a plan that could cost towards 100 billion pounds ($115.33 billion), surpassing the COVID-19 furlough scheme.

The scale of the package, plus the fact the energy crisis could run for a couple of years, has spooked investors. The pound has fared worse against the US dollar than most other major currencies recently.

In August, sterling shed 4% against the greenback and it marked the worst month for 20-year British government bonds since around 1978, according to records from Refinitiv and the Bank of England.

Britain’s public finances also remain weighed down by the government’s huge coronavirus spending spree. Public debt as a share of economic output is not far off 100%, up from about 80% before the pandemic.

“We can and we will get through it and we will come out stronger the other side,” Johnson said. – Rappler.com