The chief editor of one of Belarus’ leading independent news organizations was detained after police searched her home overnight, Belarusian officials said on Wednesday, August 18.

Earlier on Wednesday, the country’s journalists’ association had said police raided the homes of workers at the online news agency BelaPAN and that it had been unable to contact editor Irina Levshyna as authorities pursue a crackdown on dissent.

Later, the state investigative committee said in a statement that Levshyna and two other BelaPAN workers had been detained on suspicion of organizing and participating in actions that violate public order.

“Investigators initiated a tax audit of the activities of BelaPAN, during which violations of the tax legislation of the Republic of Belarus have already been revealed,” the committee said.

Belarusian authorities have cracked down on non-state media, human right groups, and leaders of protests against President Alexander Lukashenko since last August, when he was re-elected in a ballot that the opposition and Western observers say was rigged. 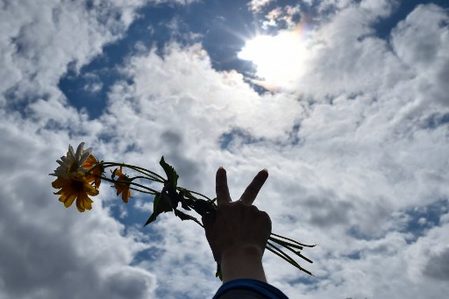 The journalists’ association has said at least 30 Belarusian journalists are currently in jail and that police are conducting about 50 separate criminal investigations against members of the media.

Security forces have stepped up their crackdown in recent weeks, with police carrying out a series of raids in July against activists, journalists, and NGOs, accusing them of organizing riots and protests.

This month, Belarusian sprinter Krystsina Tsimanouskaya was forced to defect while competing at the Olympic Games following a dispute with her coaches in which she said an order came from “high up” to send her home from Tokyo, prompting a barrage of new Western sanctions. – Rappler.com