Facebook Twitter Copy URL
Copied
China proposes that 'humanitarian action' must abide by the principles of neutrality and impartiality, and humanitarian issues should not be politicized

China has refused to condemn Russia’s attack on Ukraine or call it an invasion while asking Western countries to respect Russia’s “legitimate security concerns.”

Wang said the causes of the “Ukraine situation” were “complex” and had not happened overnight, noting, using a traditional Chinese expression, that “three feet of ice does not form in a single day”.

Russia to open humanitarian corridors in Ukraine on March 7 “Solving complex problems requires calmness and rationality, rather than adding fuel to the fire and intensifying contradictions,” he told a news conference on the sidelines of the annual meeting of China’s parliament.

China has already done “some work” to promote peace talks and has all along been in contact with all sides, he added.

“China is willing to continue to play a constructive role in pushing for peace and promoting talks, and is willing to work with the international community to carry out necessary mediation when needed.”

China is willing to continue to make its own efforts to resolve the humanitarian crisis and the country’s Red Cross will “as soon as possible” provide a batch of aid to Ukraine, Wang said, without giving details. It was the first time the country has announced such help.

China proposes that “humanitarian action” must abide by the principles of neutrality and impartiality, and humanitarian issues should not be politicized, he added.

Russian President Vladimir Putin met Chinese President Xi Jinping hours before the start of last month’s Winter Olympics in Beijing and they signed a wide-ranging strategic partnership aimed at countering US influence and said they would have “no ‘forbidden’ areas of cooperation”. 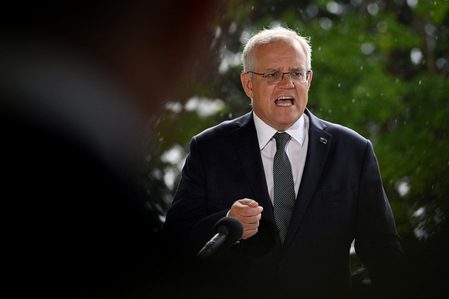 Wang said the friendship between China and Russia was “rock solid” and prospects for cooperation bright.

“No matter how sinister the international situation is, both China and Russia will maintain their strategic determination and continuously push forward the comprehensive strategic partnership of coordination in the new era.” – Rappler.com