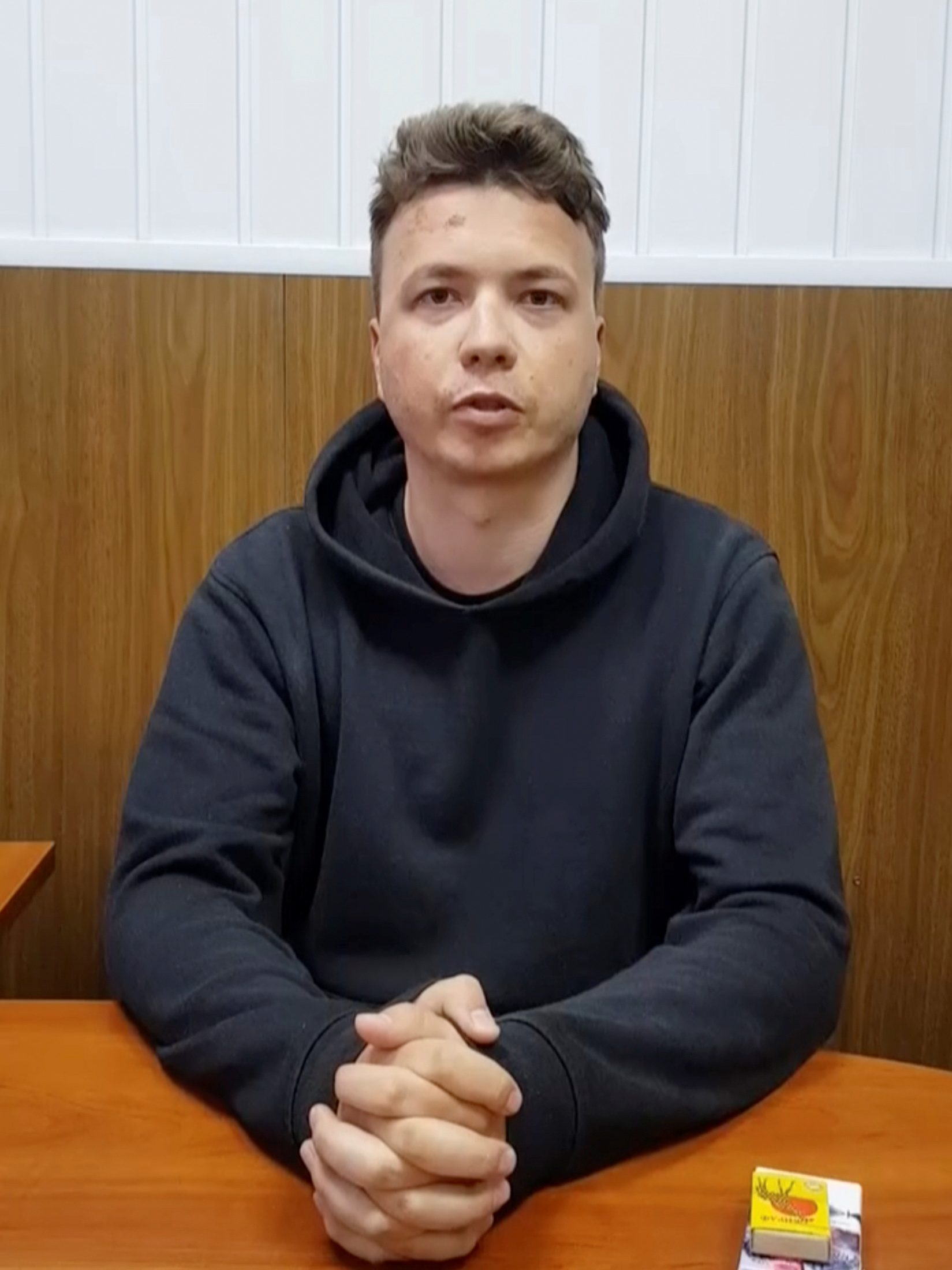 ROMAN. Belarusian blogger Roman Protasevich, detained when a Ryanair plane was forced to land in Minsk, is seen in a pre-trial detention facility, as he says, in Minsk, Belarus May 24, 2021 in this still image taken from video.

In a video posted online on Monday, May 24, Belarusian blogger Roman Protasevich, detained when a Ryanair plane was forced to land in Minsk, says he is in good health and acknowledges having played a role in organizing mass disturbances in Minsk last year.

The comments were immediately dismissed by his allies as made under duress.

“This is how Raman looks under physical and moral pressure. I demand the immediate release of Raman and all political prisoners,” a leader of Belarusian opposition, Sviatlana Thiskanouskaya, wrote on Twitter in English, using the Belarusian spelling of his name.

Appearing on several channels of the Telegram messaging app, Protasevich, wearing a dark sweatshirt and with his hands tightly clasped in front of him, says he is in a pre-trial detention facility in Minsk and denies having heart problems reported by some social media. 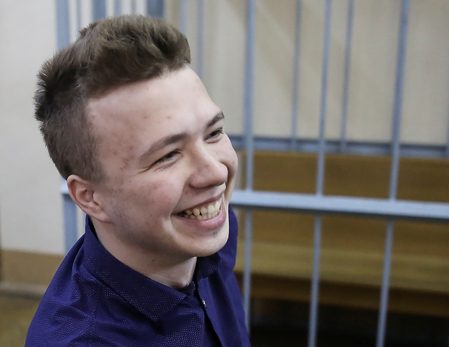 He also appears to have a small black spot on his forehead.

Belarusian President Alexander Lukashenko, 66, has faced the biggest challenge of his nearly 27-year-old rule from protesters who took to the streets after he was declared the winner of an election last year they said was rigged.

About 35,000 people have been detained since the start of regular demonstrations in August 2020. Lukashenko denies electoral fraud and has accused the West of sponsoring the protests. – Rappler.com