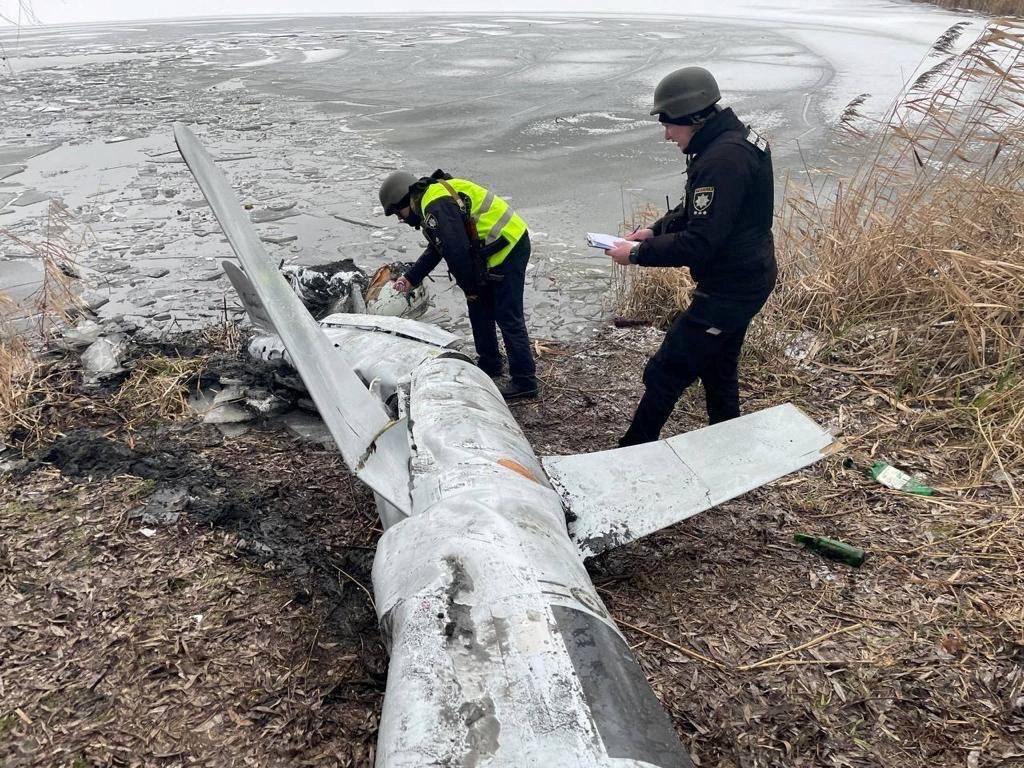 Facebook Twitter Copy URL
Copied
(2nd UPDATE) Moscow reacts with fury to the German and American announcements, and has in the past responded to apparent Ukrainian successes with massed air strikes that have left millions without light, heat or water

KYIV, Ukraine – Russia sent Ukrainian civilians racing for cover with a rush-hour missile barrage, killing at least one person, the day after Kyiv secured Western pledges of dozens of modern battlefield tanks to try to push back the Russian invasion.

Moscow reacted with fury to the German and American announcements, and has in the past responded to apparent Ukrainian successes with massed air strikes that have left millions without light, heat or water.

The Ukrainian military said it had shot down all 24 drones sent overnight by Russia, including 15 around the capital, and 47 of 55 Russian missiles – some fired from Tu-95 strategic bombers in the Russian Arctic.

Air raid alarms had sounded across Ukraine as people headed to work. In the capital, crowds took cover for a time in underground metro stations.

The Kremlin said it saw the promised delivery of Western tanks as evidence of the growing “direct involvement” of the United States and Europe in the 11-month old conflict , something both deny.

DTEK, Ukraine’s largest private energy producer, said it was conducting pre-emptive emergency shutdowns in Kyiv, the surrounding region and the regions of Odesa and Dnipropetrovsk.

Colonna was due to meet her Ukrainian counterpart, Dmytro Kuleba, to discuss humanitarian and military aid and potentially whether France might join its NATO allies in supplying Ukraine with battle tanks, in this case its own Leclerc model.

Both Moscow and Kyiv, which have so far relied on Soviet-era T-72 tanks, are expected to mount new ground offensives in spring.

Ukraine has been asking for hundreds of modern tanks in the hope of using them to break Russian defensive lines and recapture occupied territory in the south and east.

“The key now is speed and volumes. Speed in training our forces, speed in supplying tanks to Ukraine. The numbers in tank support,” President Volodymyr Zelenskiy said in his nightly video address on Wednesday.

Maintaining Kyiv’s drumbeat of requests, Zelenskiy said he had spoken to NATO Secretary General Jens Stoltenberg and asked for long-range missiles and aircraft.

Ukraine’s allies have already provided billions of dollars in military aid, including sophisticated US missile systems that have helped turn the tide of the war.

The United States has been wary of deploying its difficult-to-maintain M1 Abrams tanks, but ultimately promised 31 to persuade Germany to pledge its more easily operated German-built Leopards.

Germany will initially send 14 tanks from its inventory and approve shipments by allied European states, with the ultimate aim of equipping two battalions – in the region of 100 tanks.

It said its Leopards should be operational in three to four months, and Britain said on Thursday it expected the 14 Challenger tanks it is sending to be in Ukraine in two months.

But analysts said Ukrainian commanders can already be less cautious in deploying tanks they have, knowing that replacements are coming.

The Leopard is a system that any NATO member can service, and crews and mechanics can be trained together, Ukrainian military expert Viktor Kevlyuk told Espreso TV.

“If we have been brought into this club by providing us with these vehicles, I would say our prospects look good.”

Since invading Ukraine on February 24 last year, Russia has shifted its emphasis from “denazifying” and “demilitarizing” its neighbor to confronting a purportedly aggressive and expansionist US-led NATO alliance.

Nikolai Patrushev, close ally of Russian President Vladimir Putin and secretary of his Security Council, was quoted as saying that “even with the end of the ‘hot phase’ of the conflict in Ukraine, the Anglo-Saxon world will not stop the proxy war against Russia and its allies”.

The Russian invasion has killed thousands of civilians, forced millions from their homes and reduced entire cities to rubble, while spurring Sweden and Russia’s neighbor Finland to apply to join NATO.

Bakhmut, a town in eastern Ukraine with a pre-war population of 70,000, has seen some of the bloodiest combat of the war.

Ukraine’s military said Russia was attacking “with the aim of capturing the entire Donetsk region, with no regard for its own casualties”.

The Russian-installed governor of Donetsk said on Wednesday that units of Russia’s Wagner contract militia were moving forward inside Bakhmut, with fighting on the outskirts and in neighborhoods recently held by Ukraine.

However, the US-based non-profit Institute for the Study of War said attacks on Bakhmut appeared to have stalled as Russia directed conventional forces to the north, trying to complete the seizure of Ukraine’s Luhansk province. – Rappler.com