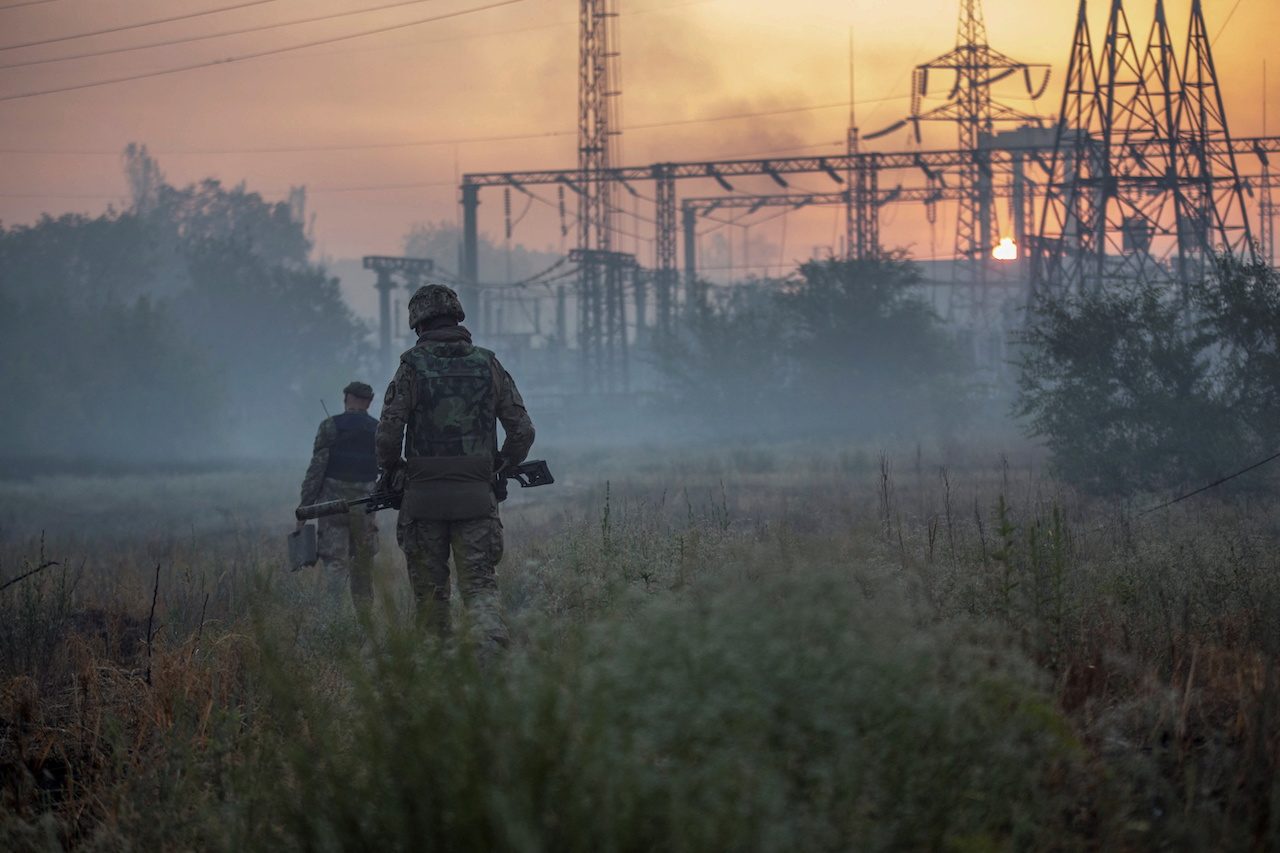 Up to four explosions shook central Kyiv in the early ours, in the first such attack on the city in weeks. Two more blasts were heard on the southern outskirts of the city later in the day, a Reuters reporter said.

A Reuters photographer saw a large blast crater by a playground in a private kindergarten that had smashed windows.

Ukraine’s police chief, Ihor Klymenko, said on national television that five people had been wounded, and police later said one person was killed.

“It’s more of their barbarism,” said Biden, referring to the missile strikes, as leaders from the Group of Seven (G7) rich democracies gathered for a summit in Germany.

As Europe’s biggest land conflict since World War Two entered its fifth month, the Western alliance supporting Kyiv was starting to show signs of strain as leaders fret about the growing economic cost, including surging food and energy prices.

“The price of backing down, the price of allowing Putin to succeed, to hack off huge parts of Ukraine, to continue with his programme of conquest, that price will be far, far higher,” he told reporters.

Life had been returning to normal in Kyiv after fierce resistance held off Russian advances in the early phase of the war, although air raid sirens regularly sound across the city.

There had been no major strikes on Kyiv since early June.

The city’s mayor, Vitali Klitschko, said on the Telegram messaging app that Sunday’s strike had partially destroyed a nine-story apartment building in the historic Shevchenkivskiy district of central Kyiv and caused a fire.

“There are people under the rubble,” Klitschko said. “They have pulled out a seven-year-old girl. She is alive. Now they’re trying to rescue her mother.”

A Ukrainian air force spokesperson said the strike was carried out with between four to six long-range missiles fired from Russian bombers more than 1,000 kilometers away in the southern Russian region of Astrakhan.

He said some of the incoming missiles were shot down.

Russia’s defence ministry said it had used high-precision weapons to strike Ukrainian army training centres in the regions of Chernihiv, Zhytomyr and Lviv, an apparent reference to strikes reported by Ukraine on Saturday.

There was no immediate comment about Sunday’s strikes on Kyiv.

Explosions were also heard on Sunday in the central city of Cherkasy, which has been largely untouched by bombardment so far, regional governor Oleksandr Skichko said on Telegram.

Russia denies targeting civilians, but Ukraine and the West accuse Russian forces of war crimes in a war that has killed thousands, sent millions fleeing Ukraine and destroyed cities.

The strategic eastern battlefield city of Sievierodonetsk fell to pro-Russian forces on Saturday after Ukrainian troops retreated, saying there was no longer anything to defend in the ruined city after months of fierce fighting.

The fall of Sievierodonetsk is a major defeat for Kyiv as it seeks to keep control of the eastern Donbas region, a key military objective for the Kremlin.

Moscow says the Luhansk and Donetsk provinces in Donbas, where it has backed uprisings since 2014, are independent countries. It demands Ukraine cede the entire territory of the two provinces to separatist administrations. Russia invaded Ukraine on February 24 in what the Kremlin called a “special military operation” it said was needed to rid the country of dangerous nationalists and ensure Russian security. Kyiv and the West dismiss that as a pretext for a land grab.

The war has had a huge impact on the global economy and European security, driving up gas, oil and food prices, pushing the European Union to reduce reliance on Russian energy and prompting Finland and Sweden to seek NATO membership.

Indonesian President Joko Widodo said he would urge his Russian and Ukrainian counterparts to start a dialogue during a peace-building mission to the warring countries and would ask Putin to order an immediate ceasefire.

“War has to be stopped and global food supply chains need to be reactivated,” Jokowi, as the president is popularly known, said before leaving to attend the G7 summit.

The United Nations has warned that a protracted war in Ukraine, one of the world’s major grain exporters, threatens to cause a global hunger crisis.

Seeking to further tighten the screws on Russia, G7 countries announced an import ban on new gold from Russia as they started their summit in the Bavarian Alps.

NATO leaders will hold a June 29-30 summit in Madrid.

‘It was a horror’

The fall of Sievierodonetsk – once home to more than 100,000 people but now a wasteland – transforms the battlefield in the east after weeks in which Moscow’s huge advantage in firepower had yielded only slow gains.

The two cities were the last major cities held by Ukrainian forces in the east.

Ukrainian President Volodymyr Zelenskiy vowed in a video address on Saturday that Ukraine would win back the cities it lost, including Sievierodonetsk.

“We don’t have a sense of how long it will last, how many more blows, losses and efforts will be needed before we see victory is on the horizon,” he said.

In the Ukrainian-held Donbas town of Pokrovsk, Elena, an elderly woman from Lysychansk in a wheelchair, was among dozens of evacuees who arrived by bus from frontline areas.

“Lysychansk, it was a horror, the last week. Yesterday we could not take it any more,” she said. “I already told my husband if I die, please bury me behind the house.” – Rappler.com