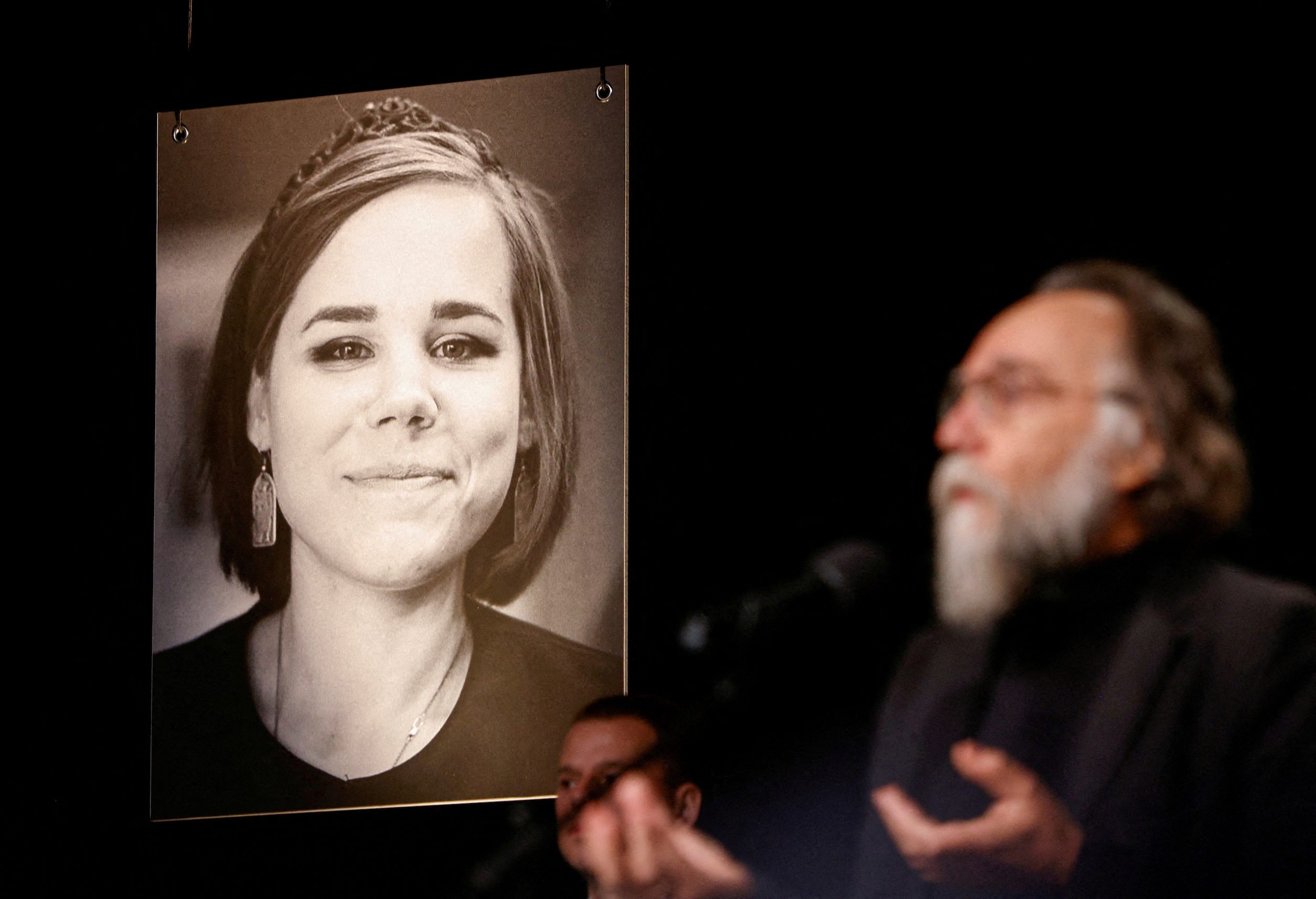 FILE PHOTO: Russian political scientist and ideologue Alexander Dugin delivers a speech during a memorial service for his daughter Darya Dugina, who was killed in a car bomb attack, in Moscow, Russia August 23, 2022.

Facebook Twitter Copy URL
Copied
The United States took no part in the attack on Darya Dugina and was not aware of it ahead of time, the New York Times reports

Reuters could not immediately verify the report.

The United States took no part in the attack on Dugina and was not aware of it ahead of time, the Times reported. American officials admonished Ukrainian officials over the assassination, the Times said.

The paper said some US officials suspected Dugina’s father, Alexander Dugin, a vocal supporter of what Russia calls its “special military operation” in Ukraine, was the actual target of the assassination.

After the attack, Ukraine denied involvement in the killing, while Russia’s Federal Security Service accused Ukraine’s secret services of being behind it.

Mykhailo Podolyak, a Ukrainian presidential advisor, told Reuters on Thursday that Dugina had been of no interest to Kyiv before she was killed.

“Objectively speaking, Dugina was really never of any interest to Ukraine,” he wrote on WhatsApp in response to a Reuters request for comment.

“Before Dugina’s murder, the people of Ukraine and representatives of the Ukrainian authorities did not know about her public activities and her influence on propaganda programs.

“In our opinion, the key beneficiary of Dugina’s murder was certain Russian radical supporters of the war (in Ukraine). Including a section of the (Russian) special services.”

He said Moscow had tried to use accusations against Ukraine after the murder to divert attention from allegations that some Russian soldiers had committed war crimes in Ukraine.

Dugina had been used as a “sacred sacrifice” and an important propaganda symbol, he said.

“The answer to the question ‘Who benefited from it?’ is obvious in this case,” he wrote. – Rappler.com