LONDON, UK – The US-backed broadcaster Radio Free Europe/Radio Liberty (RFE/RL) has been fined 20 million roubles ($325,000) in Russia for failing to delete what Moscow calls “fake” news about its military operation in Ukraine, the Interfax news agency reported on Monday, June 6.

According to Interfax, Radio Liberty refused to delete reports that included a tally of deaths among civilians and Russian service personnel “as well as extremist statements about Russians”. Russia has not provided military casualty figures since March.

RFE/RL, which also runs a news website, has been given a slew of fines in recent months and said in March that it was suspending operations in Russia after it was declared bankrupt and police pressure against its journalists intensified.

A hearing on its appeal against the bankrupcty ruling is scheduled for Wednesday.

RFE/RL said in March that it had been targeted for telling the truth, and that it planned to continue reporting on Russia from outside.

Since sending its armed forces into Ukraine in February, Russia has passed legislation that allows for prison terms of up to 15 years for journalists who intentionally publish reports at variance with Moscow’s account of the campaign.

Moscow says that campaign is a “special military operation”, not a war or invasion, and was necessary to thwart a Western attempt to use Ukraine to threaten Russia, and to protect Russian-speakers there from persecution. 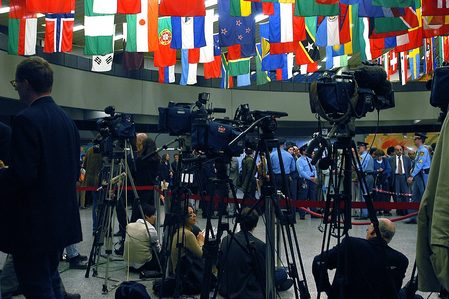 Ukraine and its allies say these are baseless pretexts for a land grab that has killed thousands, flattened cities, and driven more than 6 million people to flee abroad.

On Monday, Moscow warned US news organizations they could be stripped of their accreditation unless the treatment of Russian journalists in the United States improves, according to three sources with knowledge of the matter.