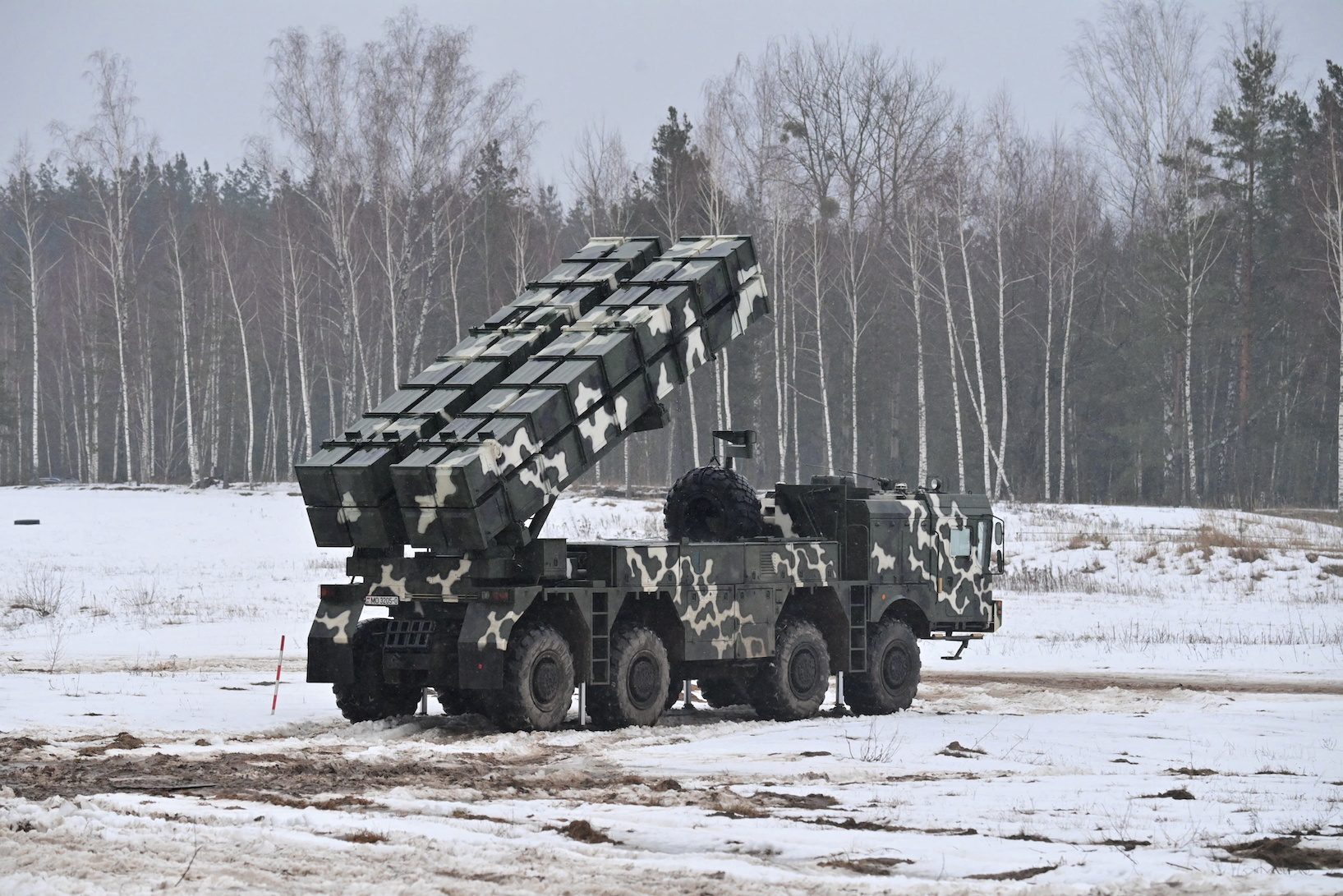 A view shows a rocket launcher system during the "Allied Resolve" military exercises held by the armed forces of Russia and Belarus at the Osipovichsky training ground in the Mogilev region, Belarus, February 17, 2022. Andrei Stasevich/BelTA/Handout via REUTERS ATTENTION EDITORS - THIS IMAGE HAS BEEN SUPPLIED BY A THIRD PARTY. MANDATORY CREDIT. NO RESALES. NO ARCHIVES.

US President Joe Biden said on Thursday, February 17, there was now every indication Russia was planning to invade into Ukraine, including signs Moscow was carrying out a false flag operation to justify it, after Ukrainian forces and pro-Moscow rebels traded fire.

Moscow, for its part, ejected the number two official from the US embassy and released a strongly worded letter to the United States accusing Washington of ignoring its security demands.

Biden’s remarks came shortly after Ukraine and pro-Russian separatists exchanged fire across a frontline that divides them, in what Western officials described as a possible pretext created by Moscow to invade.

“We have reason to believe they are engaged in a false flag operation to have an excuse to go in. Every indication we have is they’re prepared to go into Ukraine and attack Ukraine,” Biden told reporters as he departed the White House.

Biden ordered Secretary of State Antony Blinken to change his travel plans at the last minute to speak at a United Nations Security Council meeting on Ukraine.

“The evidence on the ground is that Russia is moving toward an imminent invasion. This is a crucial moment,” US Ambassador to the United Nations, Linda Thomas-Greenfield, told reporters.

Russia denies planning to invade its neighbor and said this week it was pulling back some of the more than 100,000 troops it has massed near the frontier. Washington says Russia is not withdrawing, but in fact sending more forces.

“We see them fly in more combat and support aircraft. We see them sharpen their readiness in the Black Sea,” Defense Secretary Lloyd Austin said at NATO headquarters in Brussels. “We even see them stocking up their blood supplies.”

“I was a soldier myself not that long ago. I know first hand that you don’t do these sorts of things for no reason,” said Austin, a retired Army general. “And you certainly don’t do them if you’re getting ready to pack up and go home.”

Ukraine and pro-Russian rebels gave conflicting accounts of shelling across the front in the Donbass separatist region. The details could not be established independently, but reports from both sides suggested an incident more serious than the routine ceasefire violations reported regularly in the area.

Britain’s Foreign Secretary Liz Truss called the reports “a blatant attempt by the Russian government to fabricate pretexts for invasion.

Ukraine’s President Volodymyr Zelenskiy said the pro-Russian forces had shelled a kindergarten, in what he called a “big provocation”. The separatists, for their part, accused government forces of opening fire on their territory four times in the past 24 hours.

Austin said Washington was “still gathering details, but we have said for some time that the Russians might do something like this in order to justify a military conflict.”

NATO Secretary General Jens Stoltenberg said the alliance was “concerned that Russia is trying to stage a pretext for an armed attack against Ukraine. There is still no clarity, no certainty about the Russian intentions”.

“They have enough troops, enough capabilities to launch a full-fledged invasion of Ukraine with very little or no warning time.”

A senior Ukrainian government source said the shelling at the line of contact with Russian-backed separatist forces went beyond the scale of ceasefire violations routinely reported throughout the conflict.

“It is not typical. It looks a lot like a provocation,” the source told Reuters.

A Reuters photographer in the town of Kadiivka, in Ukraine’s rebel-held Luhansk region, heard the sound of some artillery fire from the direction of the line of contact, but was not able to determine the details of the incident.

Kremlin spokesperson Peskov said Moscow had already warned that a concentration of additional Ukrainian forces near the Donbass frontline created a risk of provocations. Kyiv has denied massing extra troops in the area.

Kyiv accused the rebels of firing shells at several locations, including some that struck a kindergarten and others that hit a school where pupils had to flee to the cellar.

Video footage released by Ukrainian police showed a hole through a brick wall in a room scattered with debris and children’s toys. Separate images showed emergency workers escorting small children and teachers from a building.

But Maxar Technologies, a private US company that has been tracking the build-up, said satellite images showed that, while Russia has pulled back some military equipment from near Ukraine, other hardware has arrived. – Rappler.com